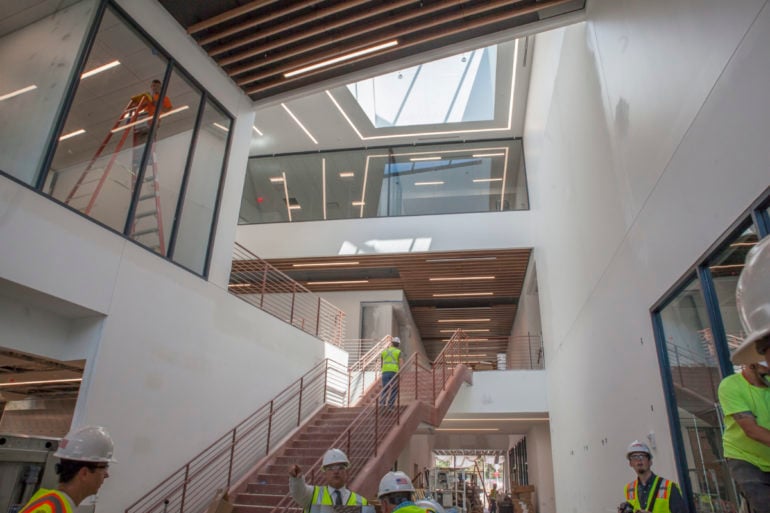 The grand opening of the newest building at Columbus State is just under 2 months away.

The $34.5 million addition will house Columbus State’s hospitality and culinary students. The 80,000 square foot facility is expected to open on August 12.

There’s a lot to get excited about when it comes to this new feature on CSCC’s campus. The building will not only house classrooms and teaching kitchens, but it will also be the home of a brand new student-run restaurant and cafe/bakery. 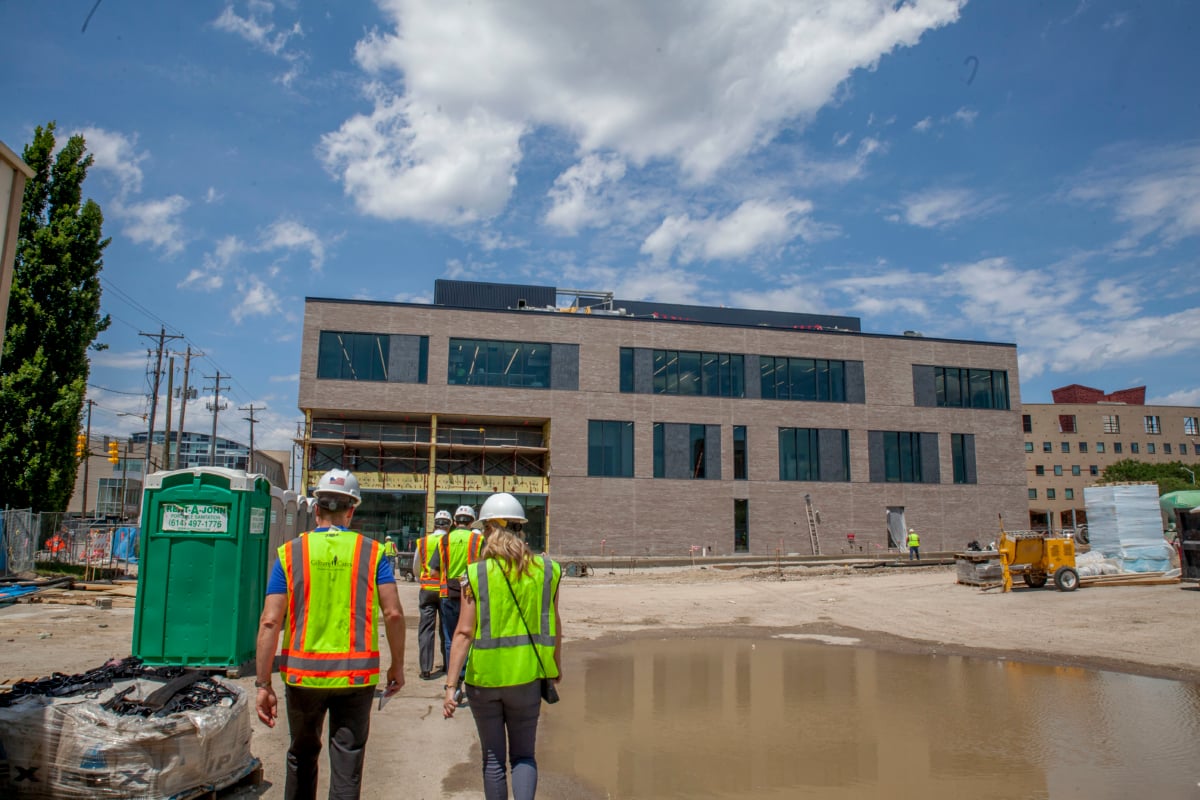 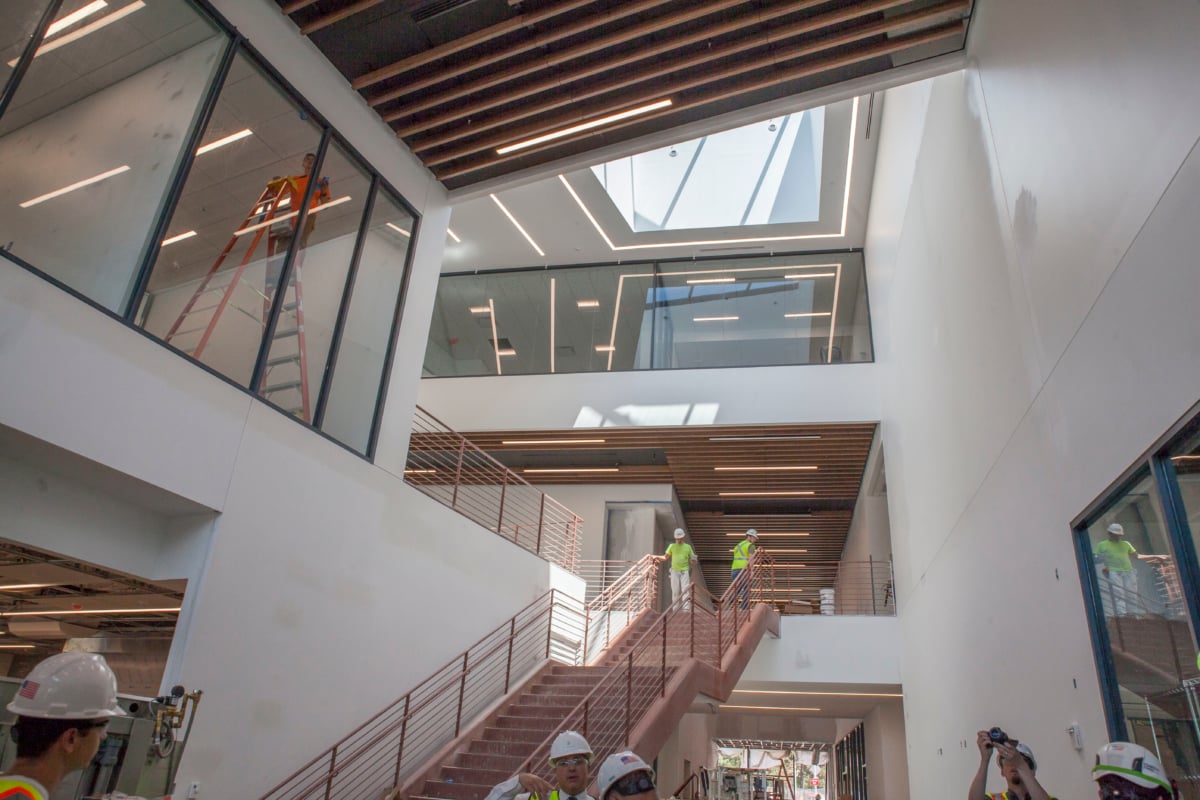 The restaurant, called Degrees, will have seating for approximately 150 between its indoor area and the patio. It will be open Monday through Friday for lunch service from 11 a.m. to 2 p.m. and dinner service from 5 p.m. to 9 p.m.

The first thing you notice about the facility is the incredible light. There are windows everywhere, with clear views to the outside, which was important in the design process. They wanted students to feel a connection with the outdoors, and with the city of Columbus itself. 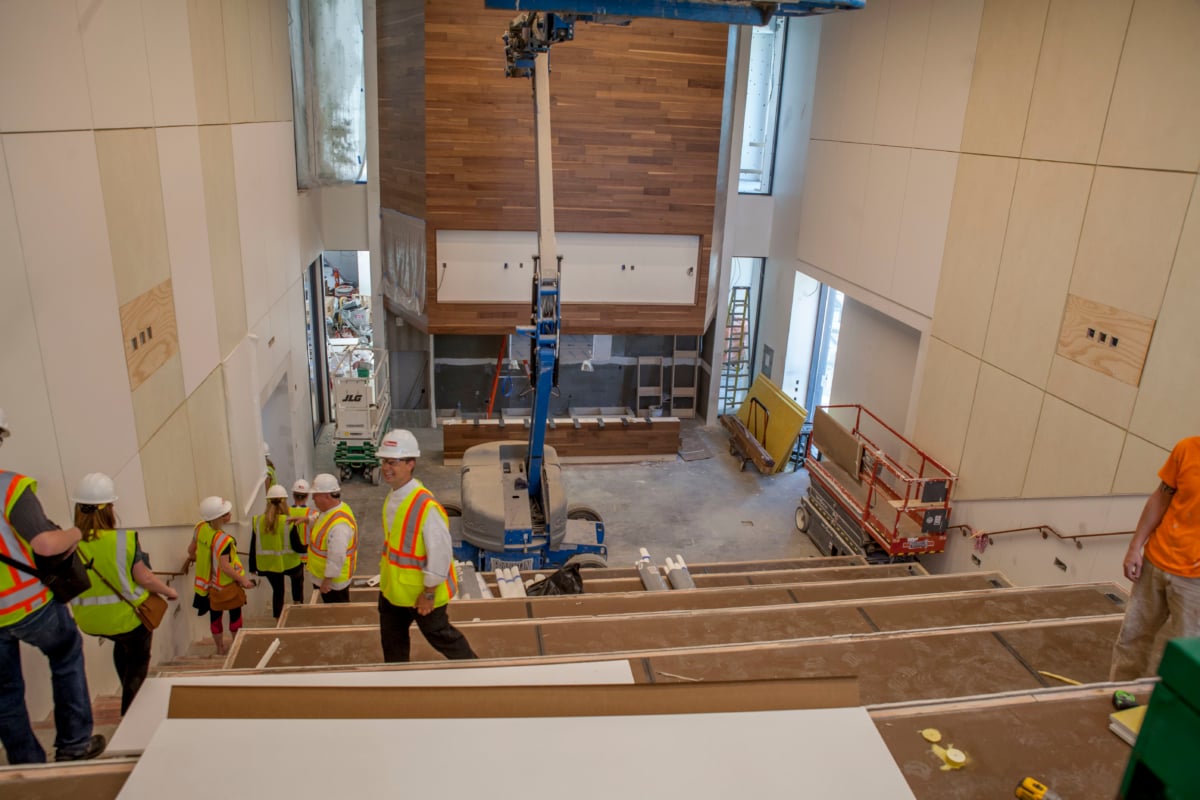 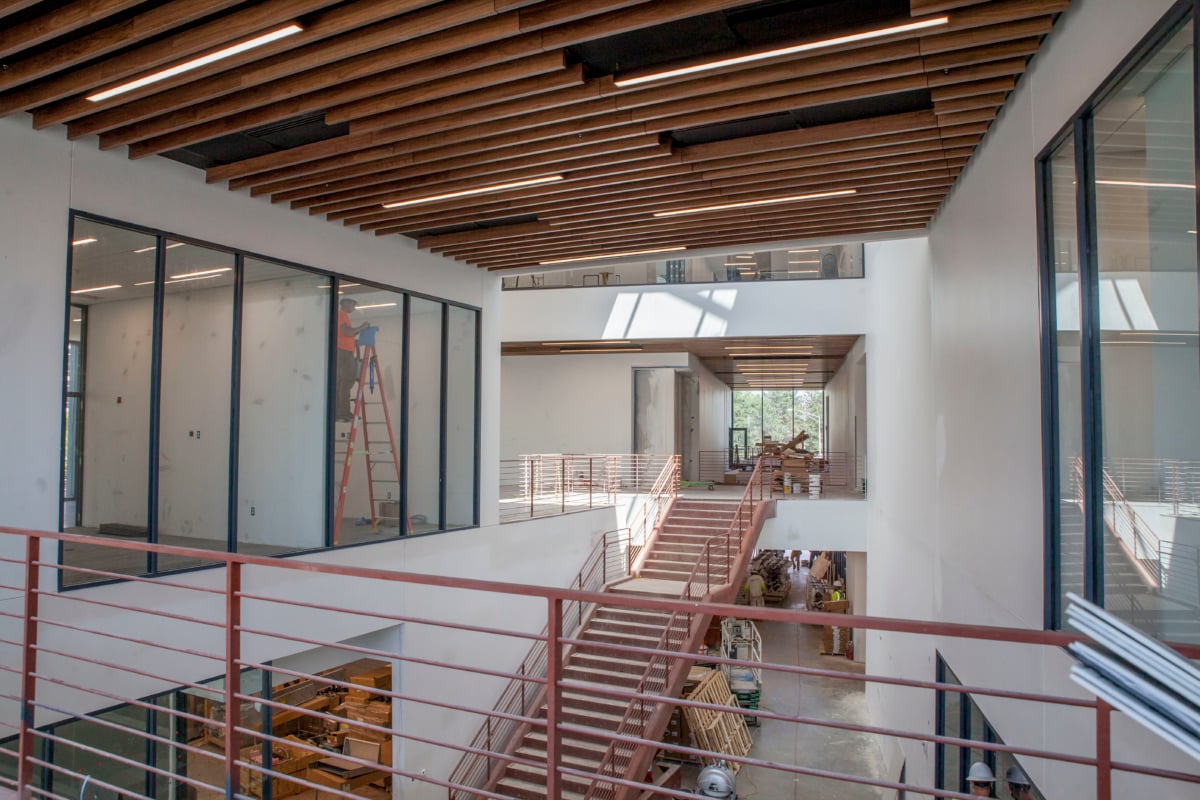 In addition to the classrooms and test kitchens, the hall also boasts a 100-seat culinary theatre, a mixology lab, a 600-person conference center, and an outdoor area for additional learning space.

What used to be Mt. Vernon Ave has been converted into a green space, connecting Mitchell Hall with the rest of CSCC campus. During our tour, Mitchell told us about a garden in the space where students will be able to cultivate foods to be used by the school. 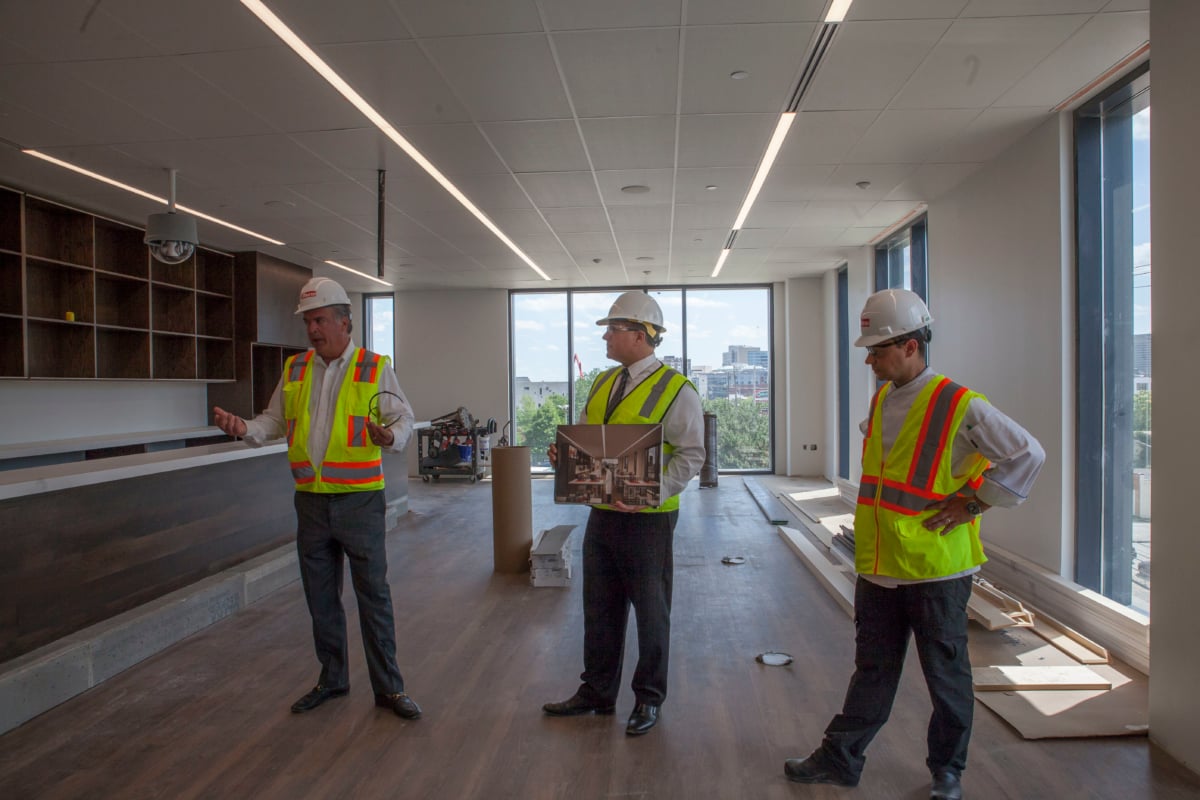 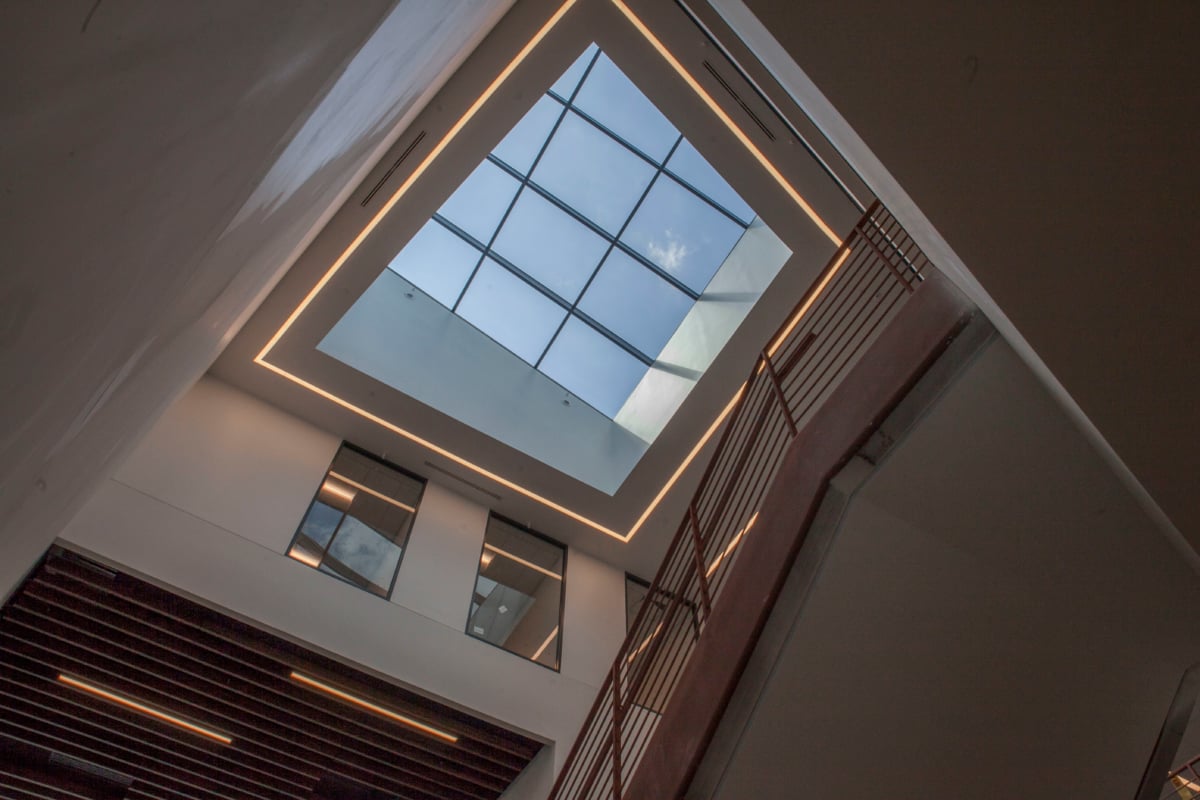 The new facility will double Columbus State’s hospitality and culinary program enrollment to more than 1,500 students, which means more kids can pursue their passions.

The goal of incorporating a restaurant and bakery into the facility is not just about giving students a place to gain experience. It’s also about generating funds that can help keep the cost of running the facility independent from increasing tuition for students.

Mitchell Hall will officially open on August 12, just a few weeks before the start of the fall semester on August 26. The bakery will open the following month on September 25, followed by the restaurants grand opening on October 23.

Renderings of the completed project 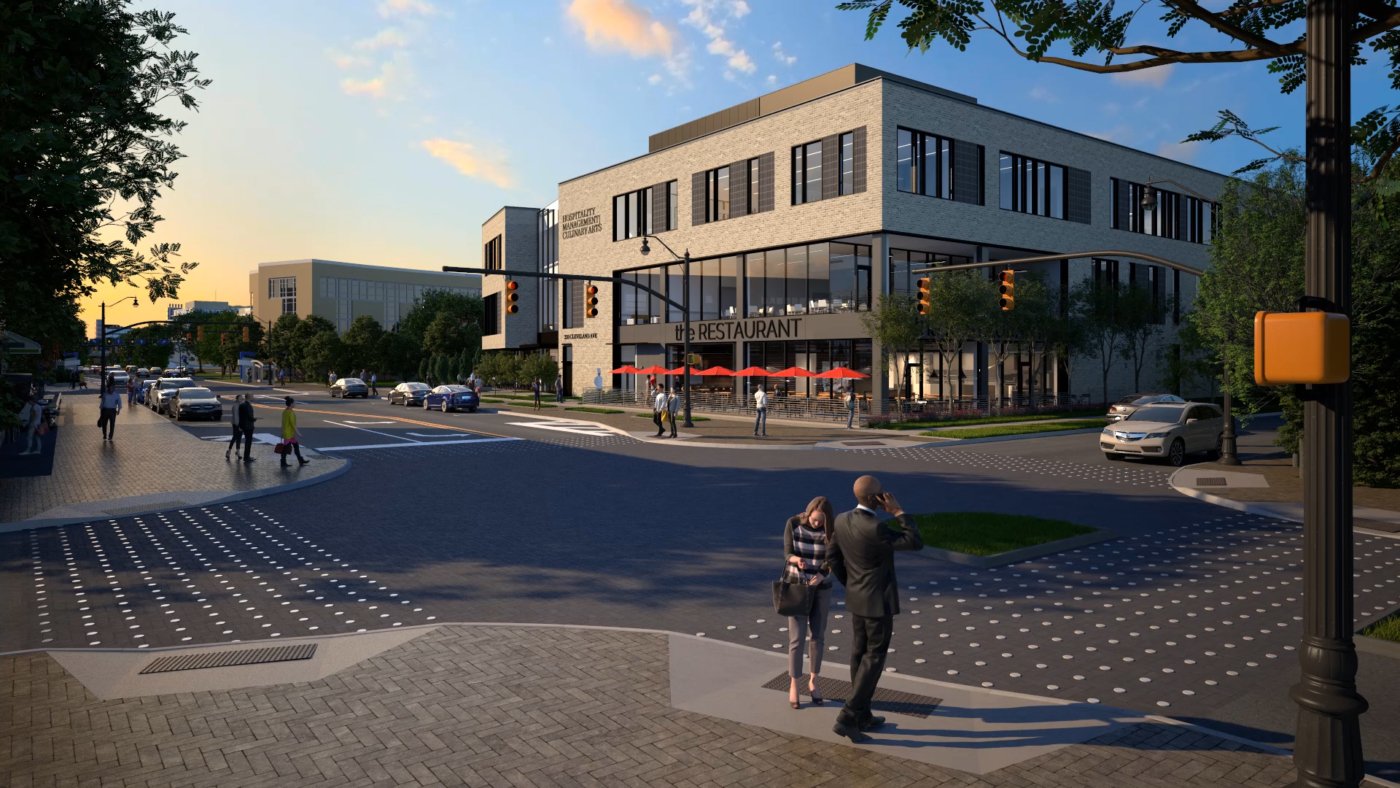 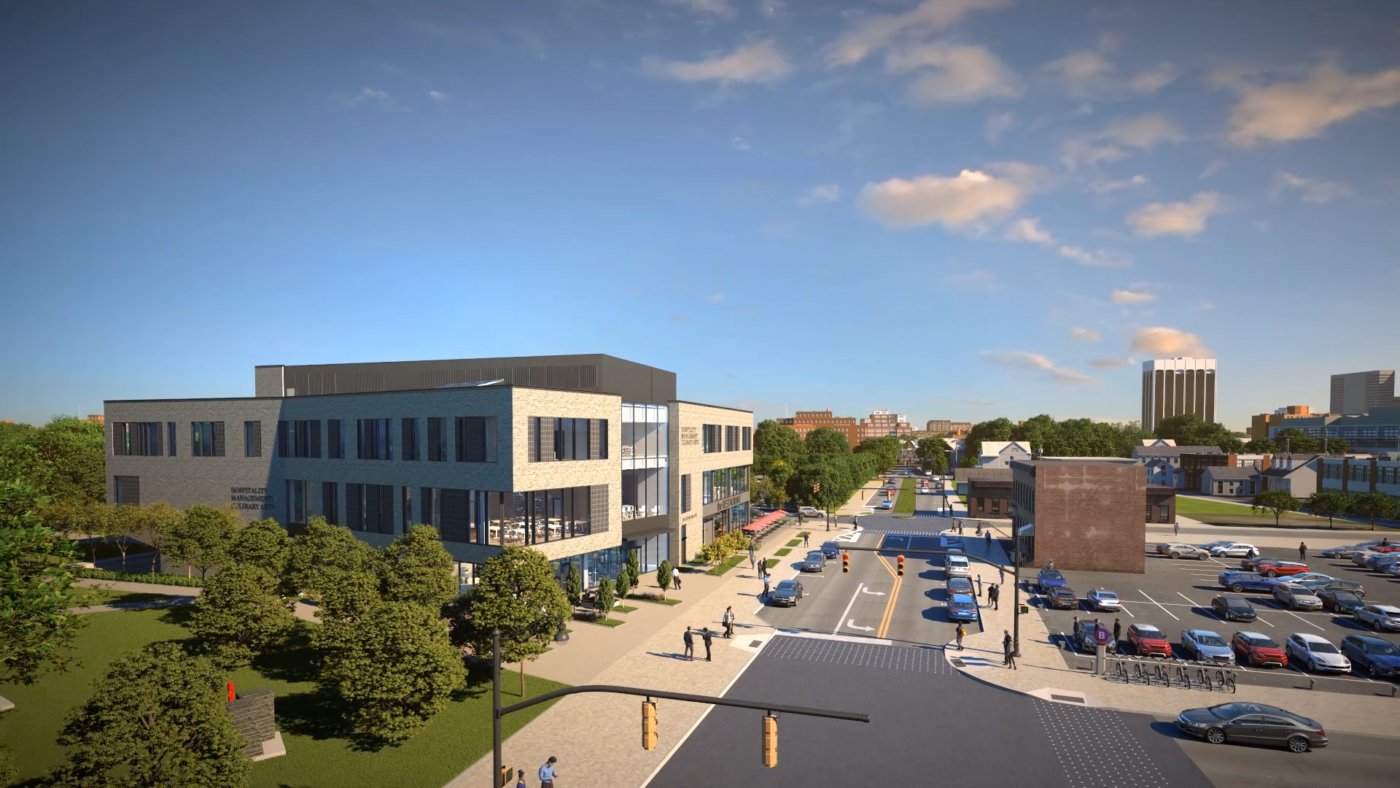 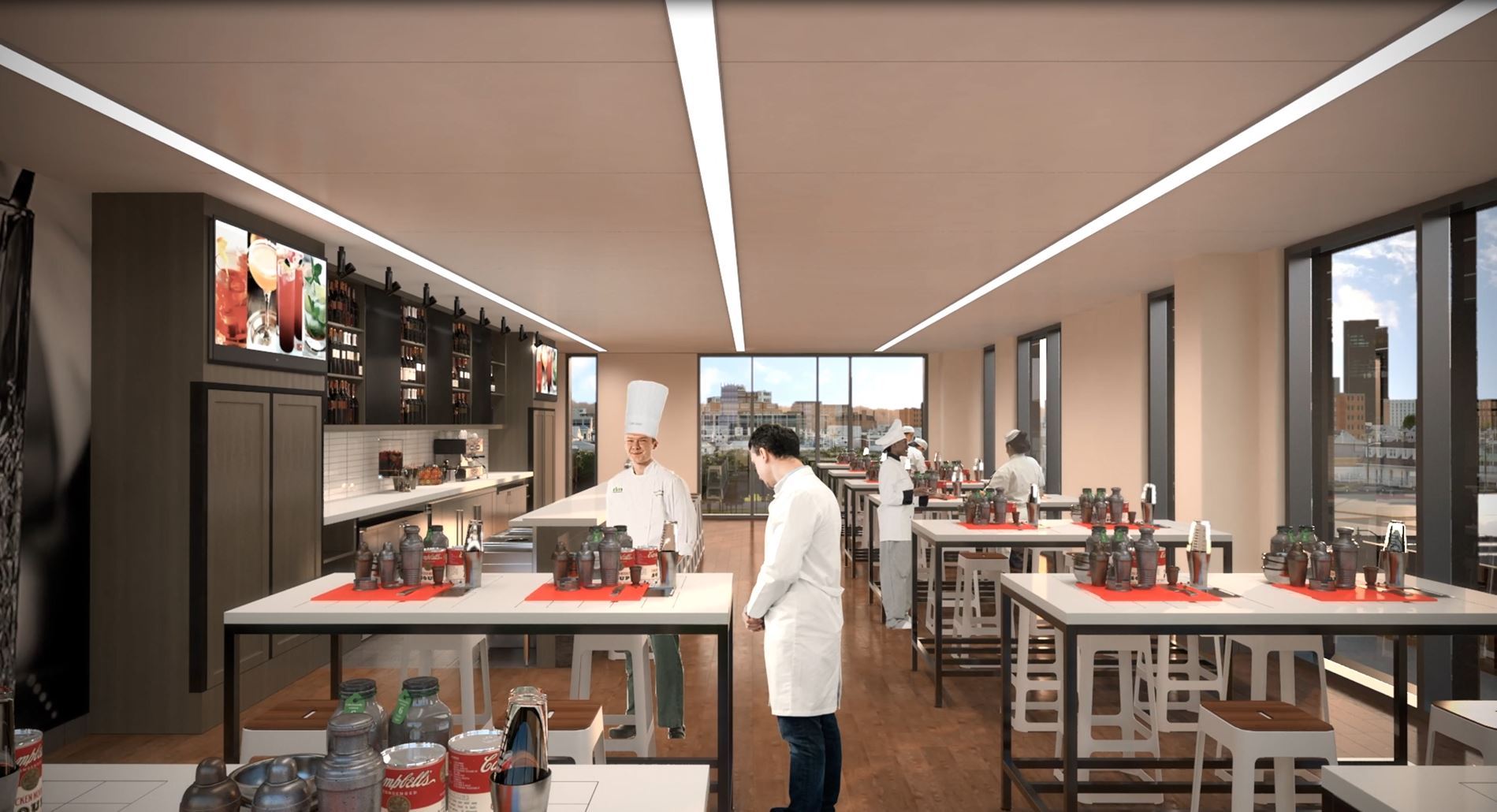 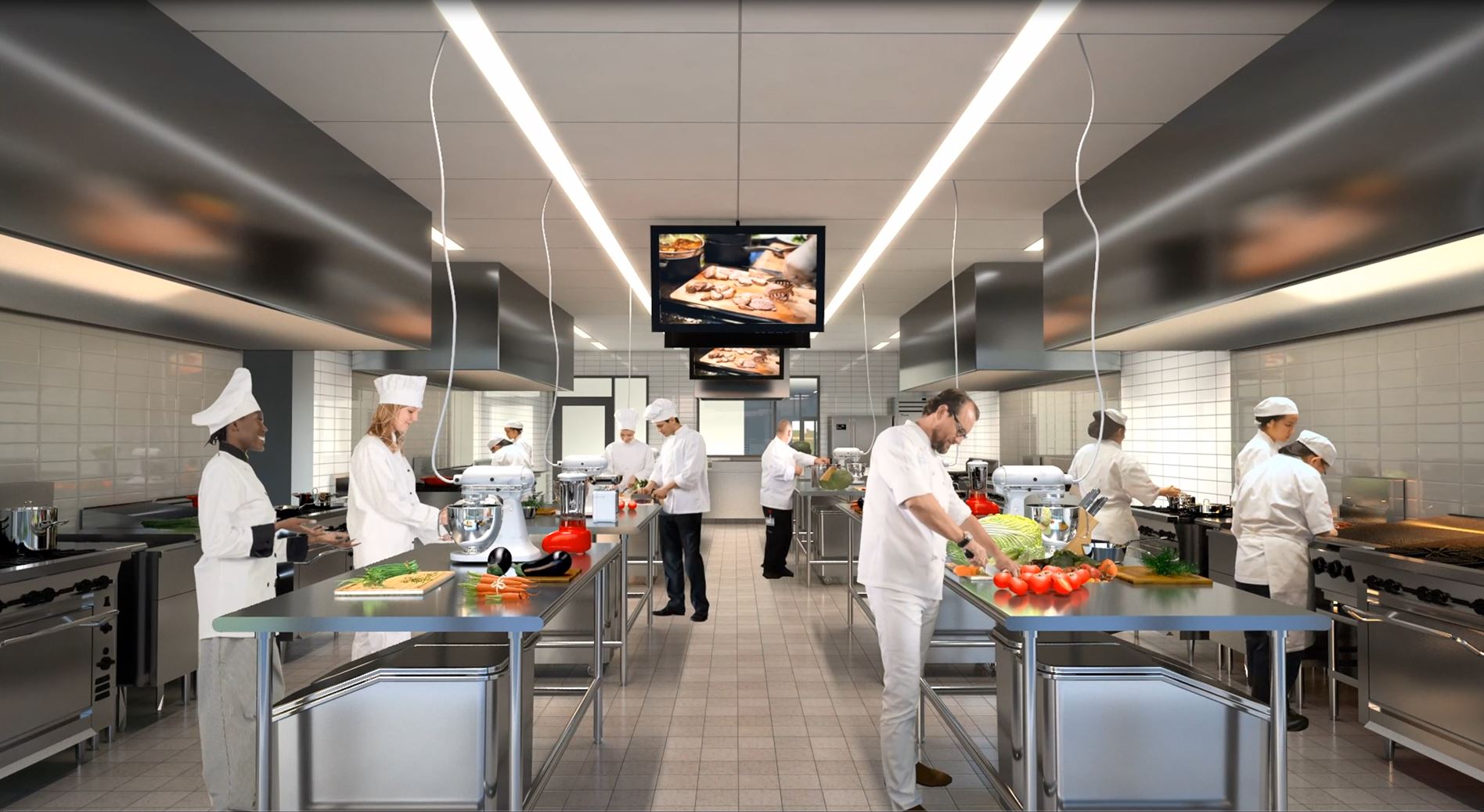 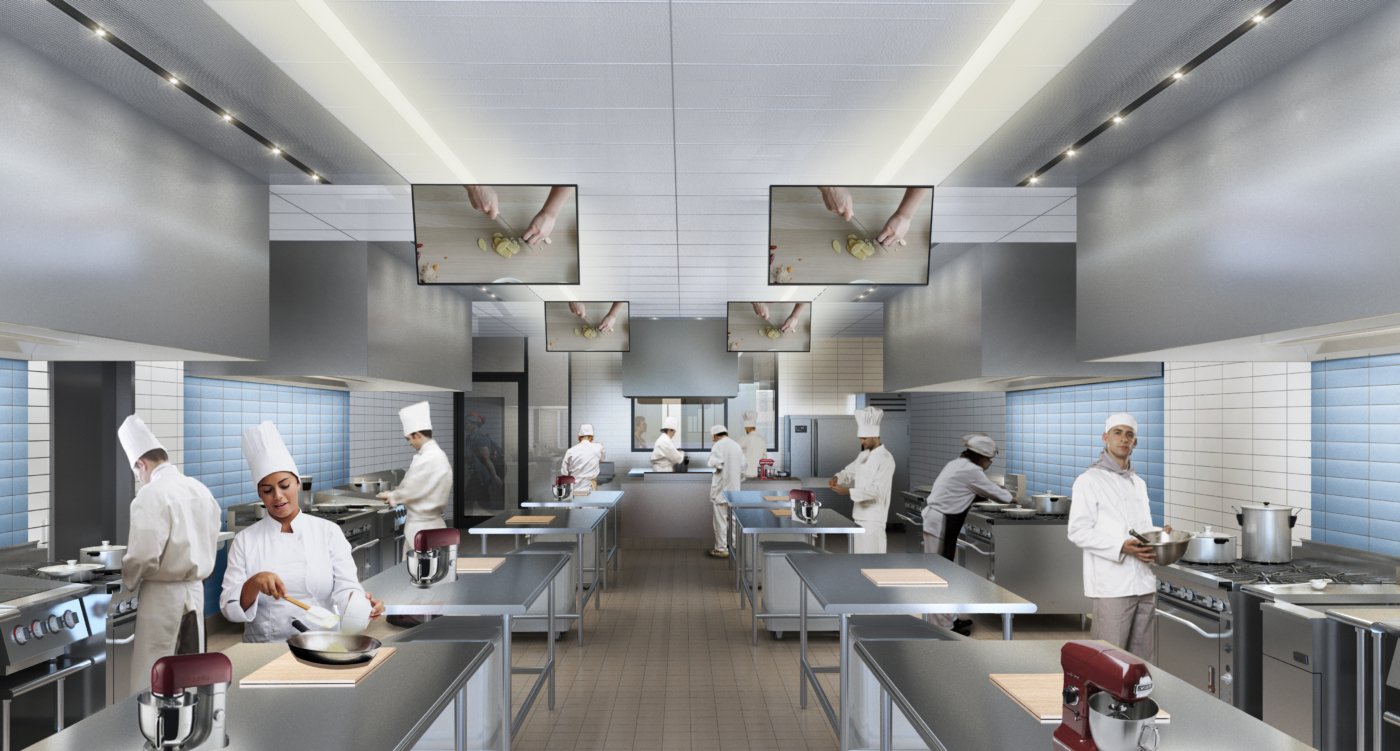 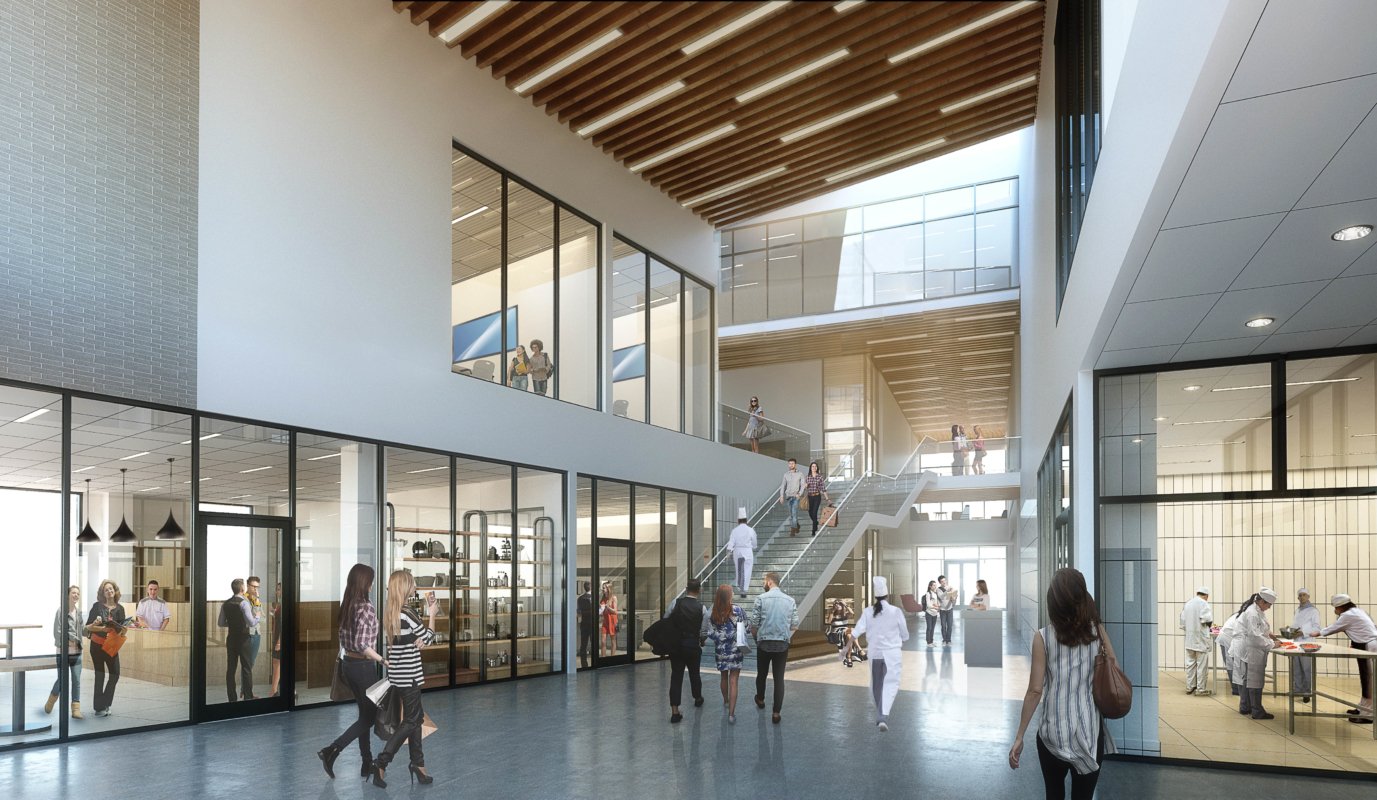 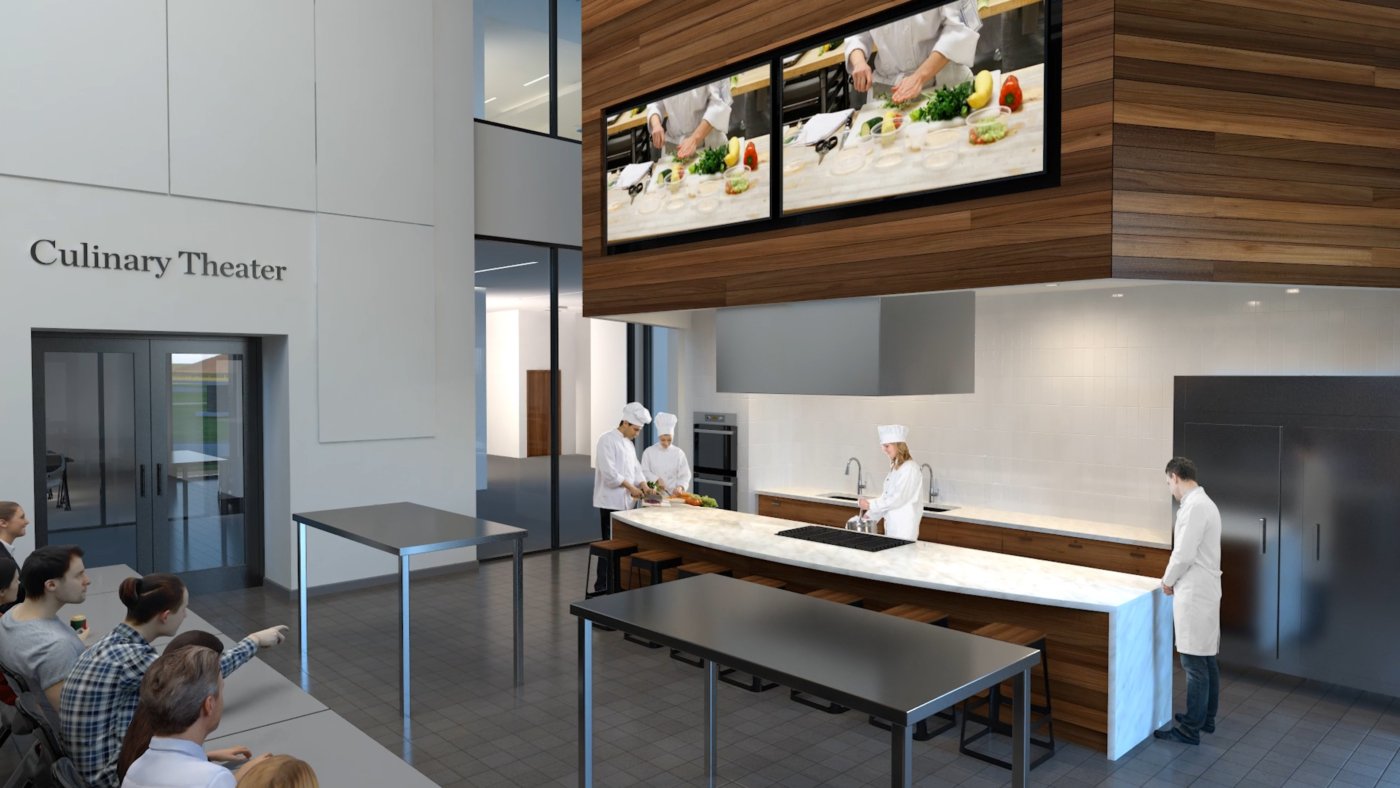 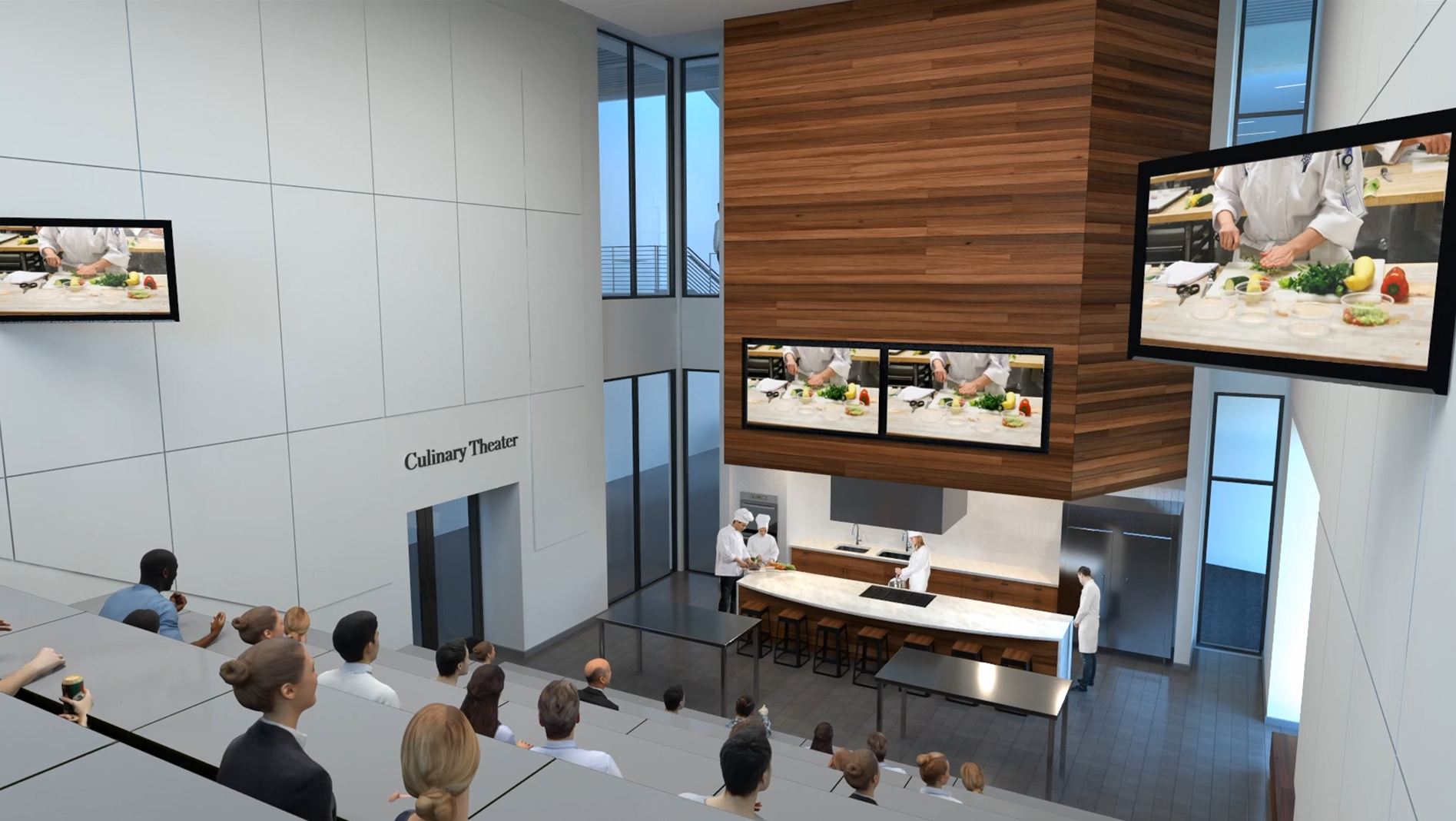 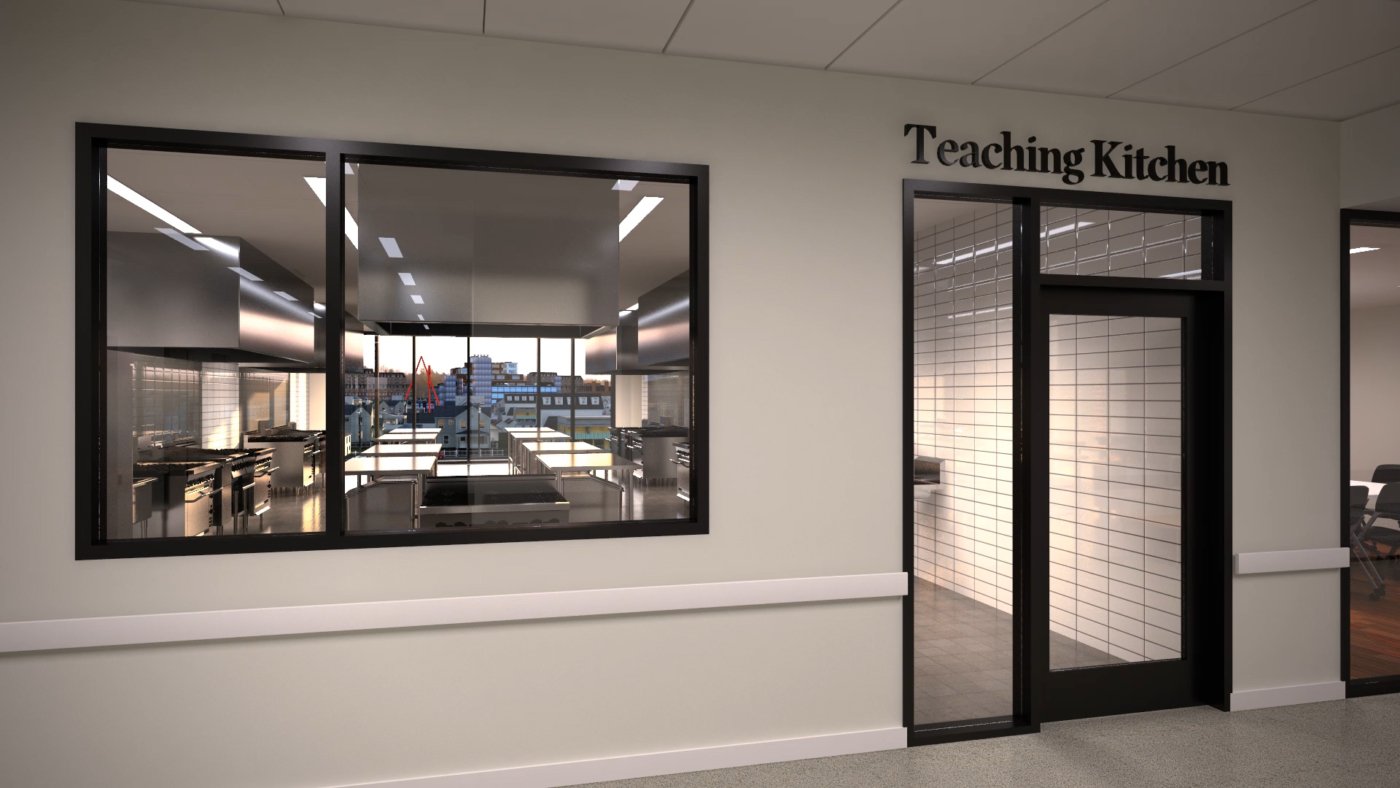