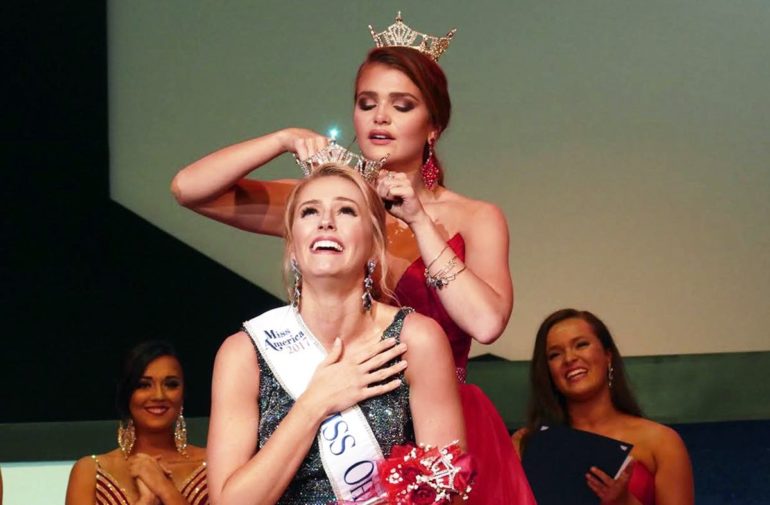 Miss Ohio Does It All, From Architecture To Web Design

The rigors of being Miss Ohio are such that she usually can’t hold down another job.

Apart from the annual Miss America competition in September, there are the year-round appearances throughout the state and fundraising efforts for the organization’s scholarship program for young women.

But even with those demands, Sarah Clapper is sticking to her architecture career in Columbus after being named Miss Ohio in July.

It takes some determination – and a lot of caffeine, she says. 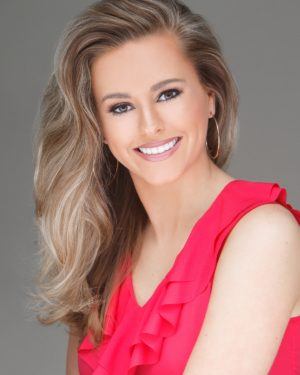 Clapper, 23, also credits the flexibility of her employer, Berardi + Partners, an architecture firm she interviewed with last year while a student at Ohio State.

“It was always that kind of awkward conversation you have to have, but I said, ‘I would love to come on full-time after I graduate, but there is that possibility very shortly after I could be gone for a year because I’m interested in competing in Miss America,’” she recalls. “They were very supportive.”

Clapper, a native of Louisville, in northeast Ohio, was the fourth runner-up for Miss Ohio in June 2016, shortly after starting at Berardi. She returned to the office the following Monday and worked a full year before winning the Miss Ohio crown this past July.

In the months since, she has managed to balance her architecture work and duties as Miss Ohio, taking only a brief hiatus from Berardi in September to compete for the Miss America title in Atlantic City New Jersey.

Clapper didn’t place in the main competition but won a Women in Business scholarship.

“When she accepted that she thanked everyone, and one of the first entities she thanked was the office,” says Joe Berardi, the firm’s personnel development director. “She’s getting our name out there every time she goes out to speaking engagements, she always mentions the office. It may not necessarily generate work but the least it will do is get our name out there.”

Berardi first met Clapper while she was a senior at Ohio State, serving as president of the American Institute of Architecture Students, a role that made her responsible for coordinating mock interviews for students. She was brought on part-time before moving into a full-time position. 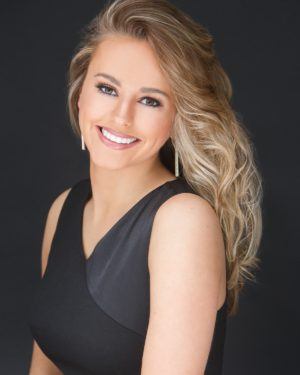 Clapper is still involved in architecture, working with construction drawings and dealing in other technical details, but she also has carved out a niche as Berardi’s first marketing coordinator.

“A lot of that is attributed to the Miss America Organization, the marketing side of things,” Berardi says. “She saw that as a need in the office, (and) we had established that as a need anyways. She’s been marketing our office and the company in a very successful way.”

Clapper credits her experience with Miss Ohio for preparing her for the business world.

“The soft skills that you learn from the Miss America Organization – being able to communicate, speak effectively and just the confidence that you gain in understanding who you are as an individual and understanding you have a place at the table,” Clapper says. “I’m a woman in a male-dominated field, but I think having the experience gives me confidence to walk into a room and trust in my skill set. Knowing the technical side and being able to communicate that to clients, that’s a niche I’ve found myself in.”

Clapper credits Columbus with being “an incredible city to dare to chase dreams,” saying she’s received support from mentors within architecture and marketing and beyond.

Berardi says clients have been impressed with her professional demeanor.

And the dean of Ohio State’s architecture school has taken note of Clapper’s career trajectory, inviting her to speak to students about the transition from college to professional life.

“Miss Ohio doesn’t define her,” Berardi says. “Miss Ohio is just kind of like the the icing on the cake.”

Clapper hopes to dispel stereotypes that Miss Ohio is merely a beauty contest. Most people, she says, aren’t aware of the professional development aspects and the scholarship program.

She also personally benefited from the scholarship component, saying she’s fortunate to have no student loans.
“For me, that was why I started competing in the first place, was for the scholarship,” she says. “But I quickly learned that… what you actually get from this organization is more than just scholarship. The professional development aspect that you gain from competing in the Miss America Organization is something that I will forever be thankful for.”

Apart from raising $70,000 for local scholarships for young women, Clapper has ambitions to redo the Miss Ohio website, using her experience with the website design program WordPress. She recently helped Berardi do the same.
And in 2019, after putting in a year at Berardi without juggling Miss Ohio duties, she wants to get her Master of Business Administration from Ohio State with a focus on marketing and communications.

Because why would Miss Ohio take a break?