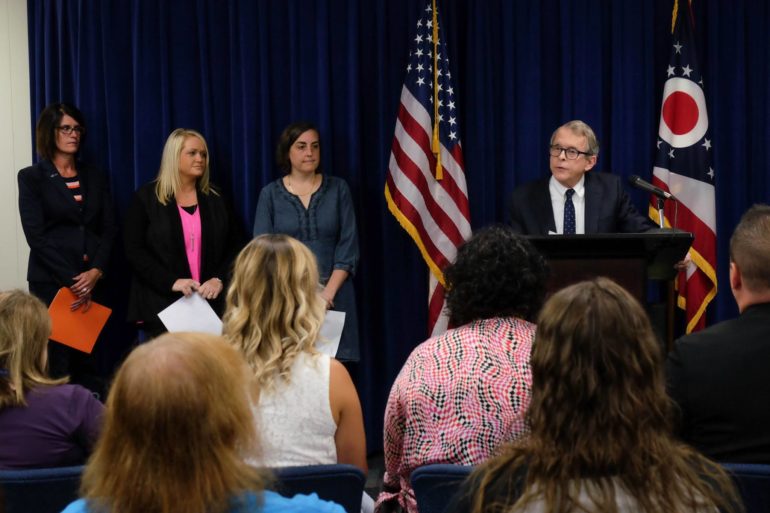 Addicts aren’t the only victims of Ohio’s opiate crisis— their children suffer as well.

As the ongoing opioid crisis continues to tear away at the fabric of Ohio life, one consequence has tragically become more apparent the further the epidemic wears on. Record numbers of children are becoming displaced from homes due to addicted and deceased parents. Recent numbers indicate there are more than 15,000 children currently in the state’s foster care system with only 7,200 of them currently housed with families.

Ohio Attorney Mike DeWine recently discussed the effects the opioid crisis was having on the child care system in Ohio.

He pointed out how more parents than ever before were becoming addicted and overdosing at staggering rates.

This, in turn, puts more stress on a foster care system not used to processing children on this scale. He personally implored anyone that may be interesting in fostering a child to please do so, going so far as to add a new page on the Attorney General website, detailing information on how to become a foster parent.

In addition, $1 million is being dedicated to The Waiting Child fund, which goes toward helping 10 different child welfare agencies in Ohio.

This is not a problem expected to go away over night. If Ohio is ever going to make it through this crisis of drug abuse it’s going to take many steps and a united front. That means coming together as a community and looking out for the most innocent victims of this epidemic— the children.