McMansion Hell Visits Ohio And Takes On A Powell McMansion

McMansion Hell has very quickly become one of the best websites on the internet.

It didn’t take long to reach lofty heights of excellence. The blog, written by Kate Wagner, has only been around since June, 2016, and it was wonderful from the start.

House Hunting? Here’s What A $225,000 Budget Buys You, From Downtown To The Suburbs

This Victorian Village Home Is An Outdoor Entertainer’s Dream

The site has amassed a rabid fanbase, and attracted national attention when real estate giant Zillow threatened to sue Wagner for critiquing photos that Zillow’s users had uploaded to the website. Wagner was quickly inundated with offers of pro bono legal services, and Zillow backed off a few days later.

McMansion Hell is mostly a design critique blog that is funny as hell, but it also helps to point out how mcmansions are often societally problematic, being poorly designed and poorly built. An enormous amount of resources go into the creation of these gigantic houses but they are often not built to last.

McMansion Hell has recently been running a series titled “50 States of McMansion Hell”, and Wagner’s finally made her way to Ohio. Lucky us, she chose a house in Franklin County. Perhaps we were scouted when she did a live appearance recently at the Ohio Statehouse?

You can view the listing here, but you’ll definitely want to click through McMansion Hell’s look at the house, which features gems like this: 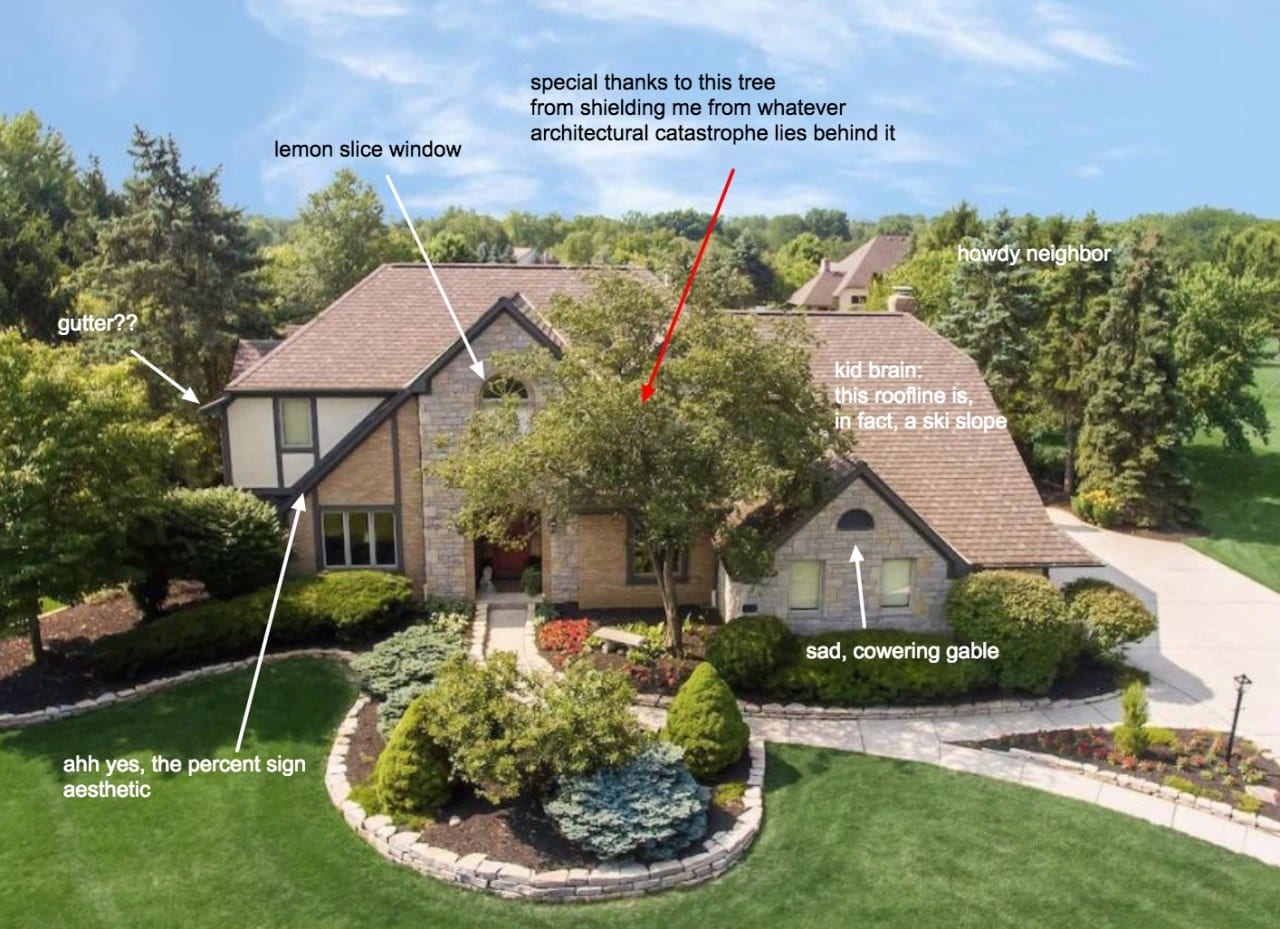 Check out the rest of Wagner’s look at the house (it gets better – the kitchen and sunroom are phenomenal) here.