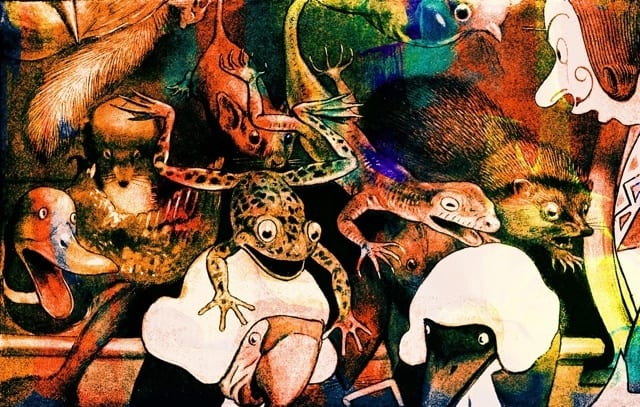 The Mazza Museum is a novel experience because of its rare specialty. A haven for children and adults alike, it will revive beloved childhood memories and inspire the imagination.

“A lot of people really connect with the picture books of their childhoods,” Molly Cooper, an administrative assistant and accounting officer at the museum, said.

The museum has six galleries for displaying art, and it has a robust collection. You’ll be surprised so many illustrations from children’s literature actually exist. When it was founded, the museum had four pieces to its name. By 2015, it had around 9,000.

The collection has only grown since then — it now has a little more than 11,000 pieces in its permanent collection. The museum rotates which pieces it puts on display from its expansive collection, so you always have something new to see and more memories to uncover. Many of the artists displayed in the museum have won awards such as the Newbery Medal. More importantly, they have a way of winning over the kiddos’ hearts.

The museum’s permanent collection includes work by Rosemary Wells, an award-winning author and illustrator who has written more than 100 children’s books. The “Max and Ruby” series contains her most well-known work, as many kids will probably confirm. Other well-known works in the museum’s possession include art from Brad Sneed for “Thumbelina”  — my own favorite as a child — and “Aesop’s Fables.”

The Mazza Museum also has sketches from various artists that would later become a part of beloved classics. For example, the museum displays a primitive drawing by Maurice Sendak for “Where the Wild Things Are” and an early model of Minnie Mouse. Images from “Where the Wild Things Are” still stick with me, and I can remember it lying around the house when I was but a wee cherub.

Although nostalgia plays a big part in the museum’s appeal, the museum attracts adults in other ways as well. The museum holds two conferences every year — one in July and a shorter weekend conference in November. The conference brings in artists and authors, who give presentations. According to Cooper, the audience ranges from teachers to interested parents.

Admission to the museum is free, and tours run for about $2, depending on the package. The museum offers basic tours, as well as tours tailored for children and adults.

Don’t miss out on the stunning pieces you’ll find at the Mazza Museum.

The Mazza Museum is located at 1000 North Main St. at the Virginia B. Gardner Fine Arts Pavilion.