At 145 lbs, Marti’n competes for the first time, making a strong showing at the Arnold 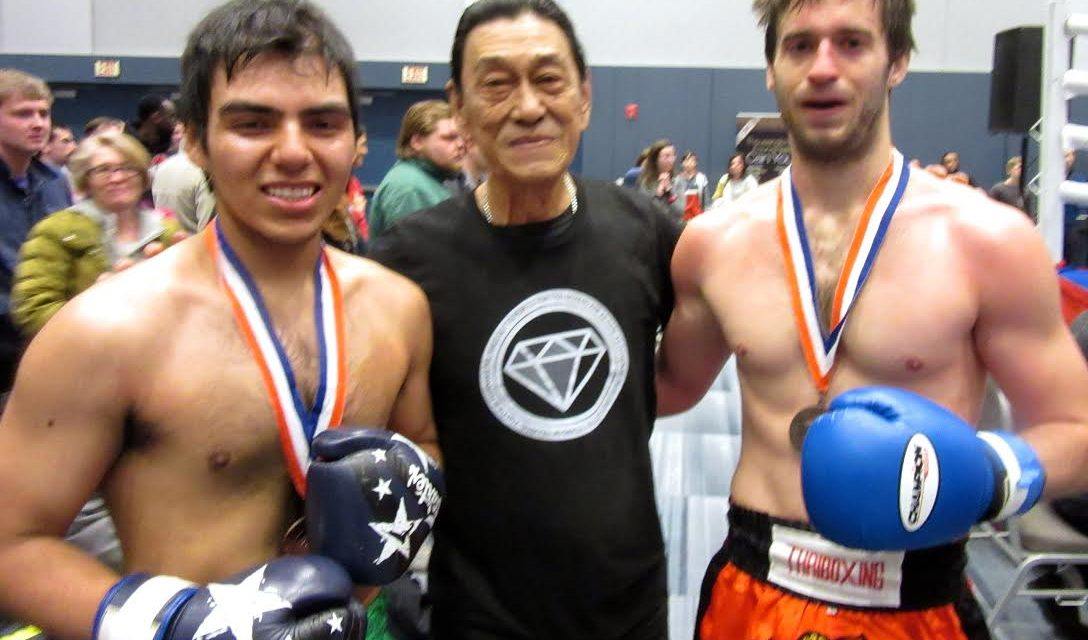 “Take the center! Don’t forget that front leg!” His corner bellowed and dutifully Mejia’s front leg snaps forward, shoving his opponent in the gut with a front kick, immediately halting his advance. The freshly turned 18 year old placed complete faith in his trainers, keeping his ears attentive to any advice they hurled his way. This would be young Marti’n Mejia’s first fight. Not only that but he had only alerted his mother to the fact that he was training and competing in Muy Thai shortly before the competition started.

Mejia represents Master Lek’s Muay Thai, a gym operated out of Bexley by Master Lek himself, a man infamous in central Ohio martial arts circles for teaching authentic “oldskool” Muay Thai. The success of his teaching techniques is evidenced in the skills of all the students he’s had over the years and the showing of his latest pupil’s first fight is no different.

Mejia started the first round fighting defensively. Carefully avoiding his opponent’s attacks by staying light on his feet, head bobbing and moving, never resting in a fixed position for long. His opponents length remained problematic however, his kicks and punches reaching him with ease, forcing Mejia to put in twice the work to avoid his blows. Though the round only lasted a couple minutes, Mejia is still left breathing heavy by the end of it.

By the third round Mejia remains fresh, fighting with a confidence and fervor not generally seen in someone’s first competition. His inexperience works against him though, as he constantly gives up control of the ring, allowing his opponent to steam roll combinations on him. By the end of the fight, although a great and promising first showing, Mejia just couldn’t pull through with the win. However, given the experience level of the other combatant, this is still a fight that he can contemplate over with pride.

There’s a saying from an old Thai manuscript; “Thai boxers are as rare as diamonds. Their edges are cut by years of training, their techniques are polished to perfection as the surface of a brilliant jewel; magnificent in its beauty and unsurpassed by its hardness”. There’s no doubt that with years more of training combined with the future competitions that he’ll no doubt excel at, young Marti’n Mejia will soon shape himself into that very Muay Thai diamond.