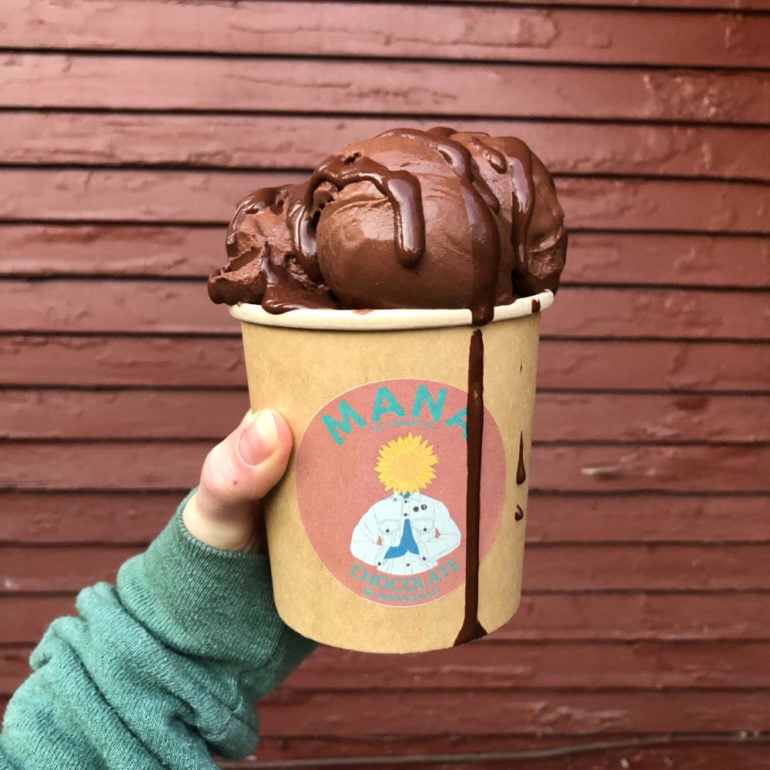 This article was originally published by ColumbusYogaFestival.com, read more about it here.

What if I told you eating Ice Cream could be good for you? Sounds skeptical, I know. You can now look no further than Columbus’s own Mana Ice Cream to make this dream a reality.

Mana was founded by Anna Polster and Sebastian Kovach. As passionate vegans, they realized they were looking for a product that didn’t exist yet: a delicious non-dairy ice cream made from 100% natural ingredients that anyone would enjoy. An entirely new genre of dessert.

They wanted a product that was both delicious but still healthy. I know “healthy” ice cream is going to raise a few eyebrows, but let’s back it up. Their number one concern is about what is in the dessert. Instead of utilizing traditional processed vegan swaps for dairy products, they set out to show the power and versatility of fruit, without making a fruity tasting dessert. Most of Mana’s sweetness comes from dates rather than traditionally processed sugars. Essentially each serving of their ice cream is the equivalent of eating a handful of fruit (and sometimes a little chocolate). 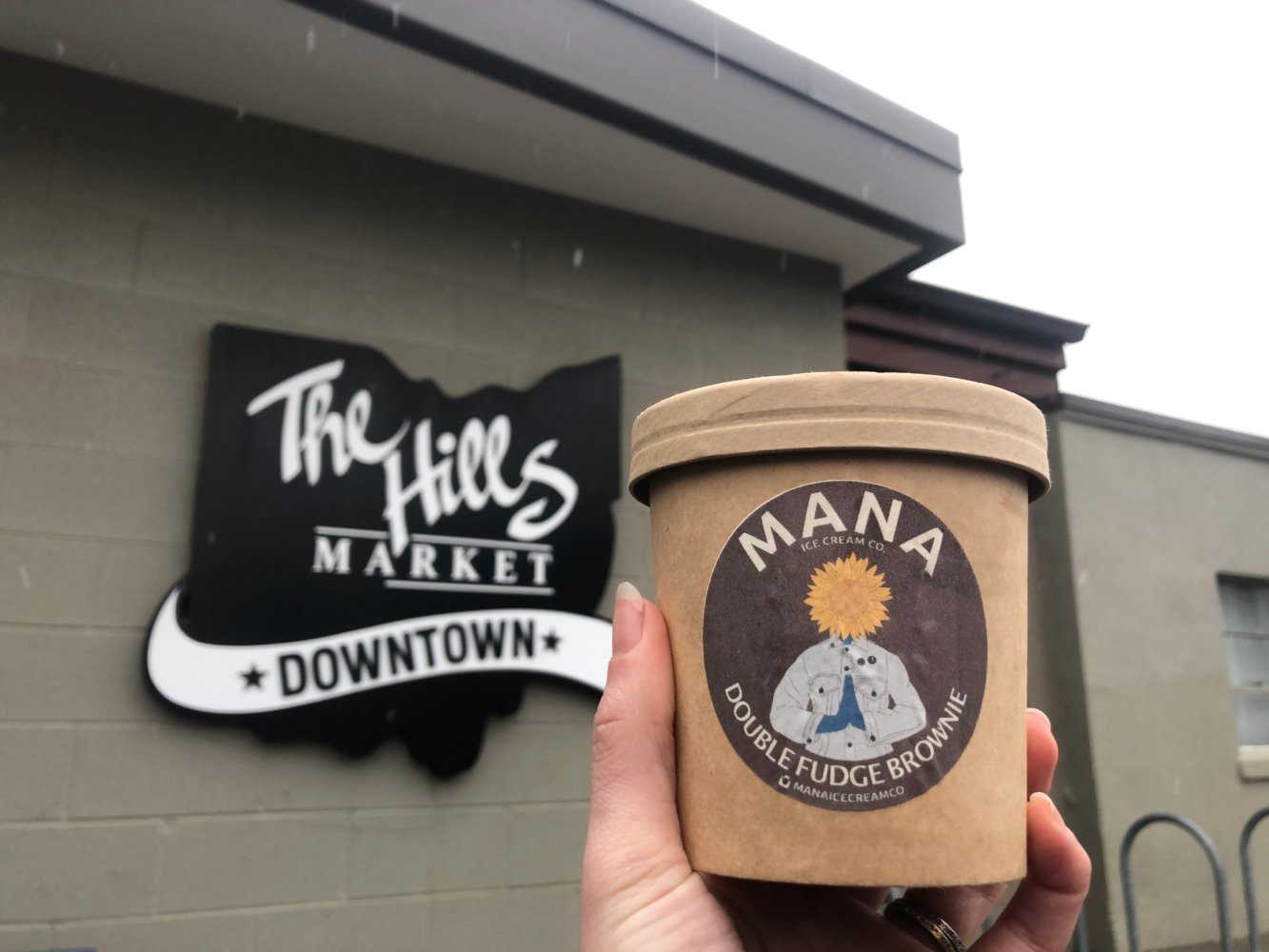 Their story is just as incredible as their ice cream tastes. After Polster had her lightbulb moment about the product last summer, she decided to launch at the 2019 Columbus Vegan Festival. Which was exactly 30 days away. The two plugged away at a rigorous to-do list during that time and out came Mana. An ice cream product made predominately from coconut and dates that satisfied their sweet tooth.

They’ve created a solid line-up of flavors so far, ranging from the traditional like Tahitian Vanilla and Mint Chocolate, to the more adventurous like Snickas (their take on the popular candy bar) and Cinnamon Bun. Each flavor typically only includes 10 ingredients or less too.

Speaking from experience, there is no sacrifice in taste here. When sampling the product for myself, I personally went for the Double Fudge Brownie. Not exactly what you think of when someone says “health food”. It satisfied every single one of my post-dinner ice cream cravings. The texture was spot on with a fudgy chocolate ice cream and there were chunks galore of brownie bites. If someone would have put it in a bowl in front of me, I would have never guessed I was eating a bunch of fruit.

It’s wasn’t just about creating a tasty alternative to dairy products for these two. They wanted to start a company that made delicious food but still upheld their personal values. “The environment is always our number one concern,” Polster says of their decision-making process. All of their Packaging is 100% compostable, their kitchen practices take into account creating little unnecessary waste, and their ingredients are as natural as possible. This makes Mana a great choice if you are trying to live a more eco-friendly lifestyle.

As they look to the future, Polster and Kovach say they are always eager to get into the kitchen and try out new recipes. As one of the co-founders of Eden Burger (another local vegan pioneer) Kovach has experience refining a menu and taking into account feedback from customers. Mana has developed a loyal local following since their Vegan Festival launch and they both expressed deep gratitude for the feedback they have already received, praising the vegan community in Columbus for being incredibly welcoming and collaborative.

To get your fix, you can find Mana Ice Cream in the coolers at Bexley Natural Market or The Hills Market. You can also check out their full line of available flavors on their website. As the weather warms, find them at pop-ups and farmers’ markets around town! Be sure to follow them on Instagram to stay up-to-date on where they’re popping up next.