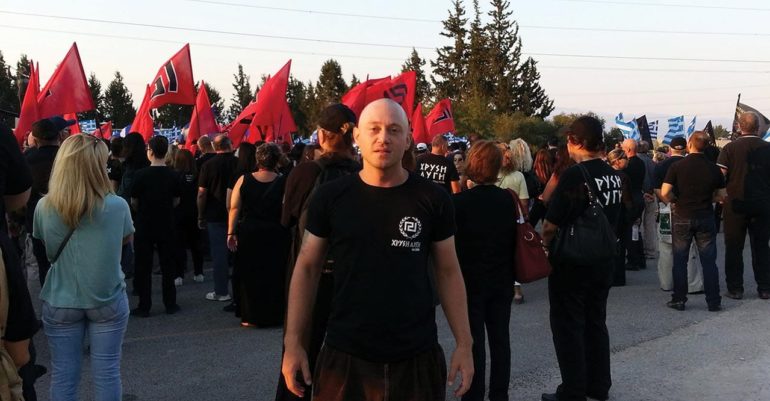 One Twitter user spoke out against bigotry and toppled an entire white supremacist hate site.

After the events in Charlottesville, Virginia tragically resulted in the death of Heather Heyer, many around the U.S. mourned the loss. As a nation that is often divided over heavily contested issues, many laid those fights aside, used the barest modicum of human empathy, and showed some respect for the loss of life.

And yet, as that outpouring of human decency was happening in cities and states across the country, one disgusting, perverse, and malignant post took that opportunity to insult and disrespect her memory. Andrew Anglin, Worthington, Ohio native, made statements that were repulsive and loathsome. However, we can take some solace in the fact that, within 24-hours, his hate spewing pro-nazi website, The Daily Stormer, will be shut down by its domain provider.

.@GoDaddy you host The Daily Stormer – they posted this on their site. Please retweet if you think this hate should be taken down & banned. pic.twitter.com/fqTtGoTbmn

The action comes as the result of a twitter user, fed up and disgusted by Anglin’s remarks, publically called out GoDaddy’s twitter account for hosting the site, asking that they retweet if they felt it should be banned or taken down. GoDaddy replied, stating that they’d informed The Daily Stormer that they have 24 hours to find a new domain provider before GoDaddy would terminate their service.

We informed The Daily Stormer that they have 24 hours to move the domain to another provider, as they have violated our terms of service.

Some applauded GoDaddy’s decision. Others wondered why it had taken it this long to finally give the hate filled monsters the boot, pointing out that it couldn’t have been the first time the site had violated their terms of service. Still, some decided to split hairs in a half-hearted argument relating to freedom of speech, an ineffective talking point since the first amendment deals with government interference, of which there was none. We all have the right to say and express exactly what we want without government intervention, that doesn’t mean we’re not going to be called out for being jerks or escorted from any private premise that doesn’t want to put up with repugnant diatribe.

Yeah from a high to a low, at least @GoDaddy is doing the right thing. Who will take over the site? Or could this be start of a movement?

Good job requesting censorship towards people who don’t think the way you (or other) do (for you). Both gestapo and stasi would be proud.

1st amendment is freedom of expression. Not freedom to organize to scare.

Perhaps the most bizarre in this series of developments happened just hours after GoDaddy’s decision to cut the racist website. A post on The Daily Stormer claiming to have been written by the hacktivist collective, Anonymous, asserted that the group had hacked through and was now in control of the website. It stated that they have done so in “defense of the Jewish people” and that they would be shutting down the site within 24hours. Coincidentally, the same frame of time GoDaddy had given them before axing their service.

Known Twitter accounts that often serve as the voice for a large portion of the Anonymous community called bull on the post, pointing out how the supposed “hackers” had left up all of the previous content and scoffing at the posts statements, Tweeting; “We find claim that it took a “UNITED FORCE OF ELITE HACKERS” to hack a CMS run by amateurs incredibly amusing.”

If the CMS was compromised and under control by an activism motivated attacker, why leave up the old content? Easy enough to delete.

We find claim that it took a “UNITED FORCE OF ELITE HACKERS” to hack a CMS run by amateurs incredibly amusing.

Whether it’s Anonymous (which, let’s face it, it likely isn’t) or GoDaddy releasing them as their domain provider, it’s comforting to know that such hate speech is losing a bit of its volume today. It reassures us that there are still those out there that aren’t afraid to stand up and defend human dignity and that the war for what is right isn’t at a loss, no matter the casualties we’ve suffered along the way.

Update (2:18 p.m.): The Daily Stormer has moved their registration from GoDaddy to Google after being banned for violating their terms of service with their perverse post.

Update (3:20 p.m.): Just hours after moving their site to Google, the domain giant has canceled The Daily Stomer’s registration for violating terms of service. It’s uncertain where the site will attempt to register next but I hope I’m not alone when I say: haha.