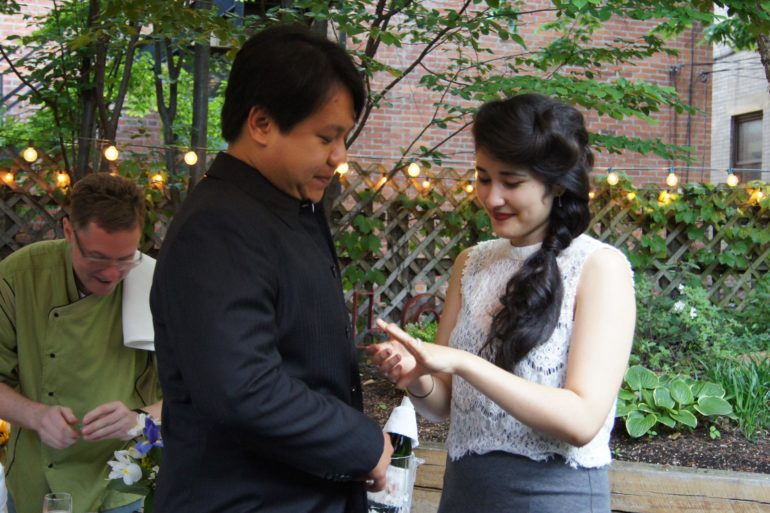 Just one month before their wedding, a local couple is racing to recover a lost engagement ring.

Sophia Antoun and her fiance should be counting down the days until their wedding with joy and anticipation, but instead, they’re worrying. Antoun’s ring slipped off of her hand near her office downtown on Thursday, July 20, and security footage shows a woman and man found the ring shortly after it fell to the ground.

“Losing something so precious is truly heartbreaking. My fiance and I have known each other since we were 14 years old. We were good friends for a decade before we started dating and have been engaged for a little over three years,” explained Antoun.

The ring given to Antoun by her fiance isn’t something they can re-purchase from a shop. It’s a precious family heirloom.

Antoun and her fiance are posting flyers, sharing on social media, and contacting local media in the hopes that someone will have information on the ring that leads to its return. 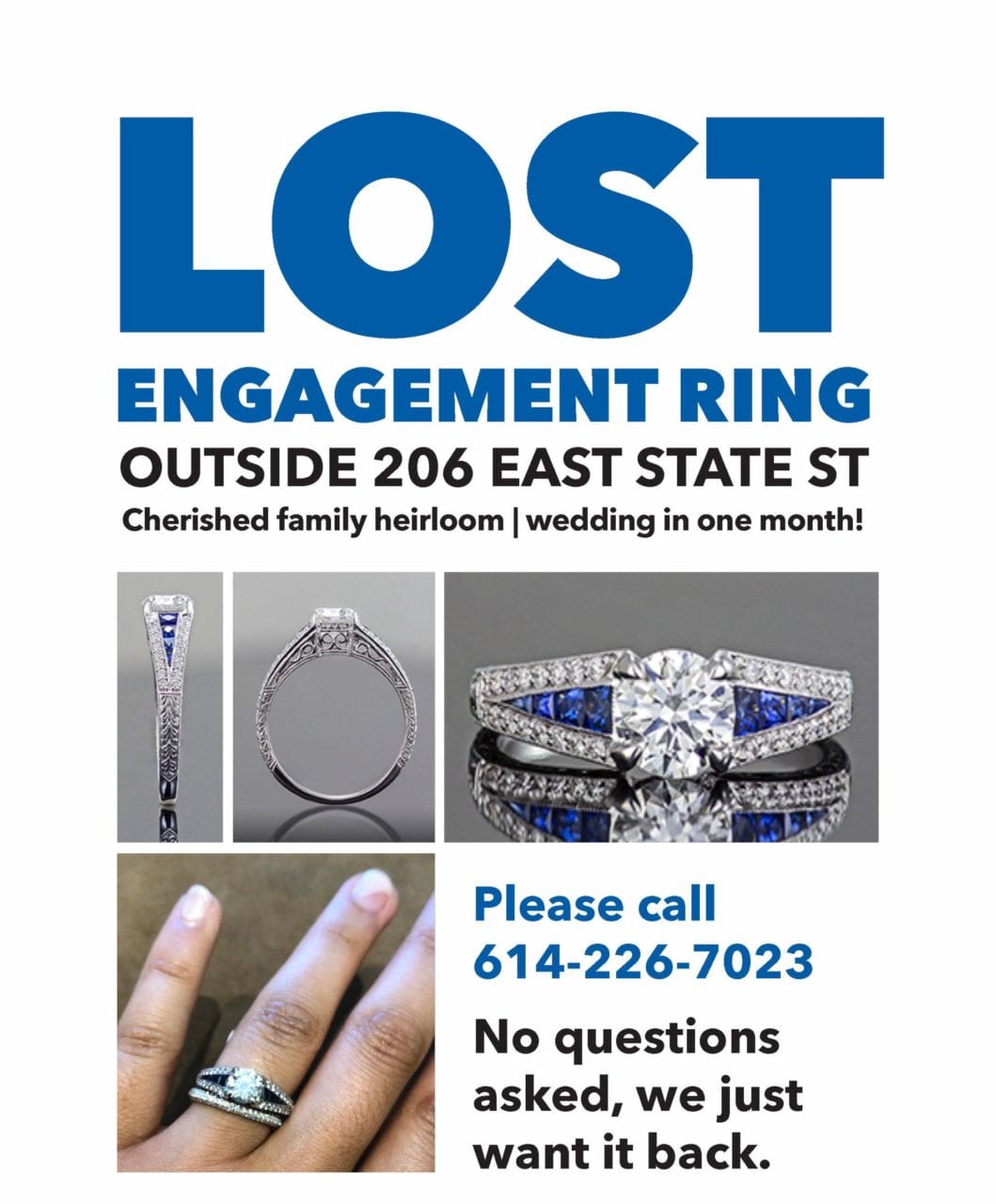 Anyone with information about the ring should call the number listed on the flyer.

“As the children of Chinese immigrants, the importance of tradition runs deep within us,” said Antoun. “My ring is an heirloom of my fiance’s family, making its significance not only a part of our marriage, but an enduring part of a family legacy. We would do anything we could to have my ring returned to us.”