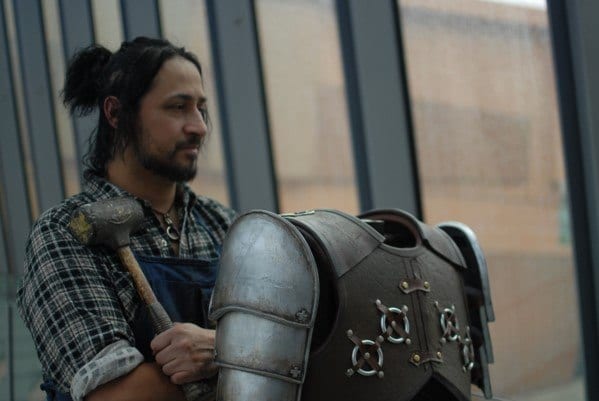 From Fallout To The Witcher, One Local Artist Is Crafting Armor From Your Favorite Video Games

Some people really do have all the fun.

Do you remember what you wanted to be when you were a kid? Was it a doctor? A lawyer? Or maybe, like any reasonably sane child, you wanted to grab a couple swords and put on a mask and just be Deadpool. Artisan Salvador Zemeno never gave up on that dream. Not only does he suit up himself, but he crafts custom armor so that others can live out their super nerd fantasies as well. Zemeno has a shop set up on Etsy called The Mad Anvil Armory, where, for 2 payments of 500 bucks, you can become the happy new owner of a set of pretty gnarly Deathstroke armor.

“I’ve always been cosplaying for as long as I can remember,”

he says, “going to my first convention in Chicago and I was seeing this stuff. I was just blown away. I was just like, wow, I need to do that.”

Zemeno uses EVA foam and paint to make realistic looking gear that’s lightweight but pretty durable. While each suit isn’t quite “battle ready”, he insists you’d be surprised the amount of abuse they can soak up. “Oh absolutely, I’ve had buddies test it out with sticks and stuff. It’s actually pretty resilient.” Just the image of grown men decked out in full suits of Deadpool armor, battering each other with primitive weaponry, is nearly enough to get me to whip out my wallet and lay down some hard earned money on Zemeno’s gear.

Most of his inspiration comes from the comics and video games he enjoys.

From Batman villains to full on Fallout 3 power armor, Salvador Zemeno builds the stuff that he finds cool. “My Deathstroke armor suit that I have listed has been very popular. That’s the first actually complete suit that I tried, because of the Arkham Game that he was in. I wanted to pick a character that I really liked. I saw that armor set that he had in the game and I fell in love with it. I wanna make that. I need to make that.”

But when asked which piece he’s most proud of he answers without hesitation, “Fallout for sure. That was actually my first piece, that helmet I have on my Etsy site. That piece is iconic for that game, that’s what a lot of people remember.” While all he has available now is the helmet, he continues designing the rest of the suit and will hopefully have it done soon. “It’s hard. I’m a production artist and that’s 40 hours a week there. So usually after 5, instead of going to happy hour, I just go home and bang out a couple pieces.”

The company he’s a production artist for is called Artists with Machines, which is a fairly descriptive title for what they do. The local Columbus business started with just commissioned murals but evolved to incorporate technology and materials like plastics, wood, and metal, all in an effort to develop pieces for clients to “dramatize their brand”. “It’s amazing the products they make for a lot of big companies like Victoria’s Secret [and] sporting goods stores. They’re worldwide, they ship stuff to Germany, China, Mexico, Australia. It’s a great place that I work at.”

When he’s not creating art for work or designing incredibly dope armor from Witcher 3, he says he really enjoys playing music.

“I’m sort of a musician. A jack of all trades, master of none. I play bass for some guys. We kind of just jam. It’s just for entertainment for ourselves. It’s really good music, a little folky, a little bluesy. Like bar music.”

His work has been selling pretty well, prompting him to invest more time into his craft. “Actually I’m working right now to take a sabbatical off of work. To take the time and actually do some self-inspired things. I would like to do a lot of different stuff but with my day job, I really haven’t had time to make anything personal.”

We all want to live out our dreams and sometimes that dream can be as simple as making some pretty rad armor. Remember, it’s always important to be yourself, unless you can be Deathstroke, then definitely be Deathstroke. Check out Zemeno’s Etsy site here, and see more of his awesome nerdery for yourself. 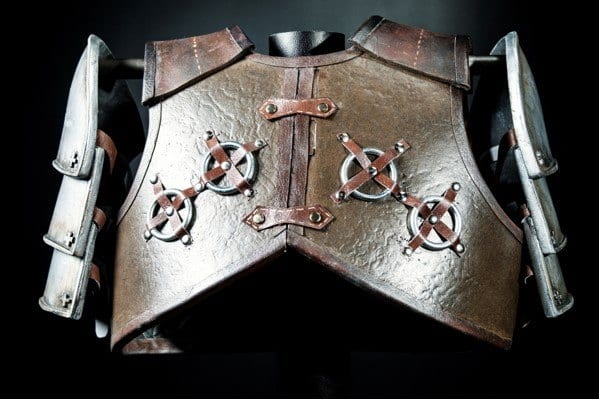 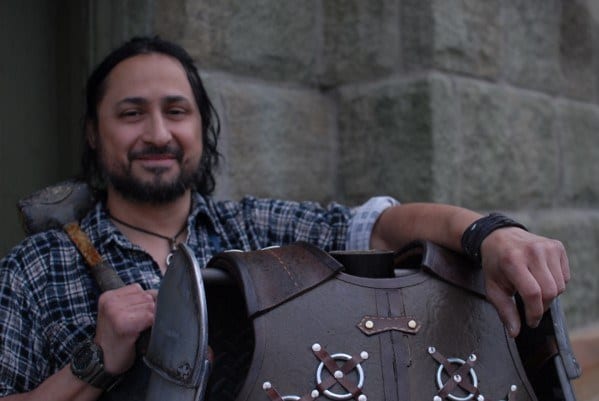