Land Grant Brewery out of Franklinton is teaming up to brew some special beers for Columbus Crew SC matches with other, die-hard soccer fans at breweries across the country. 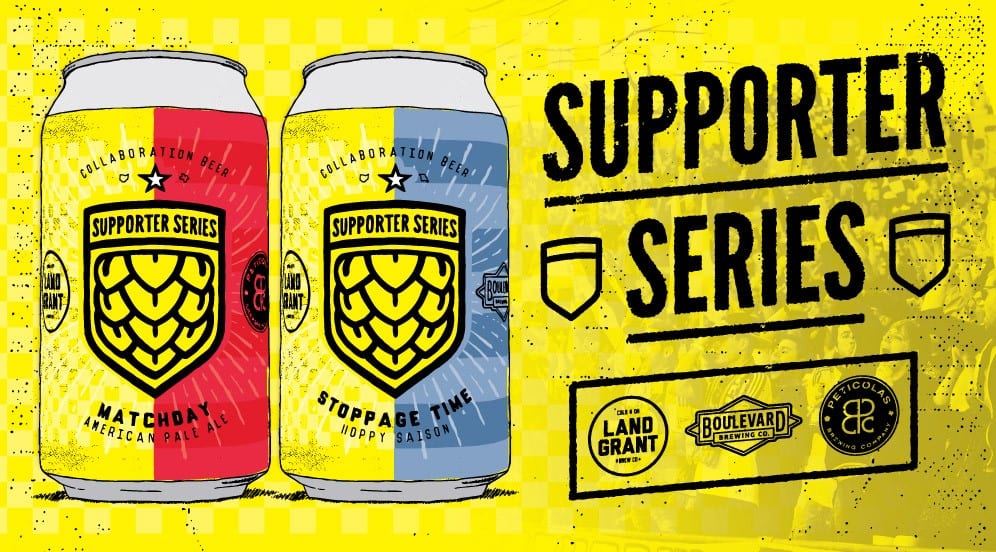 Taft’s Brewing Company Is Coming To Franklinton This Fall

Land Grant has been a huge supporter of Columbus Crew SC, and they knew they weren’t the only brewery in the country with a special connection to their local MLS team.

“We knew that we weren’t the only brewery out there with a passion for soccer, and thought it could be fun to bring rival sides together over well crafted beer.”

So far, two collaborations are planned. An American Pale Ale will be brewed for Columbus’ match against FC Dallas with Texas brewery, Peticolas Brewing. The second co-brew will be a Hoppy Saison brewed with Kansas City’s Boulevard Brewing Company.

First up is the Matchday Pale Ale. This American Pale Ale will be a marriage between one of Peticolas’ signature beers and one of Land-Grant’s.

“This is a massive day for us. Soccer runs throughout our veins,” says Michael Peticolas of Peticolas Brewing Company, “We’ve supported FC Dallas for years and regularly host FC Dallas supporter group tailgates, but nothing beats being able to finally enjoy one of our beers while watching the local club on the pitch.”

The second mash up will be Stoppage Time Hoppy Saison, a combo of Land-Grant’s Glory American Wheat and Boulevard’s Sporting Saison. The result will be a spicy, refreshing beer.

“We’ve had a wonderful partnership with Sporting Kansas City over the past few years,” says Boulevard’s Digital Marketing Manager, Pat Mullin, “including the creation of Sporting Saison back in 2015. This seemed like a prime opportunity to take that connection to a new level, and further strengthen those ties between MLS and craft beer. We’re excited to work with Land-Grant and share Stoppage Time with Sporting Kansas City and Columbus Crew SC fans alike.”

Matchday American Pale Ale will be available in Land-Grant’s taproom starting August 9 while Stoppage Time Hoppy Saison will premiere on August 27. Both brews will be available at Mapfre Stadium on match day, as well as in six packs for $9.99.