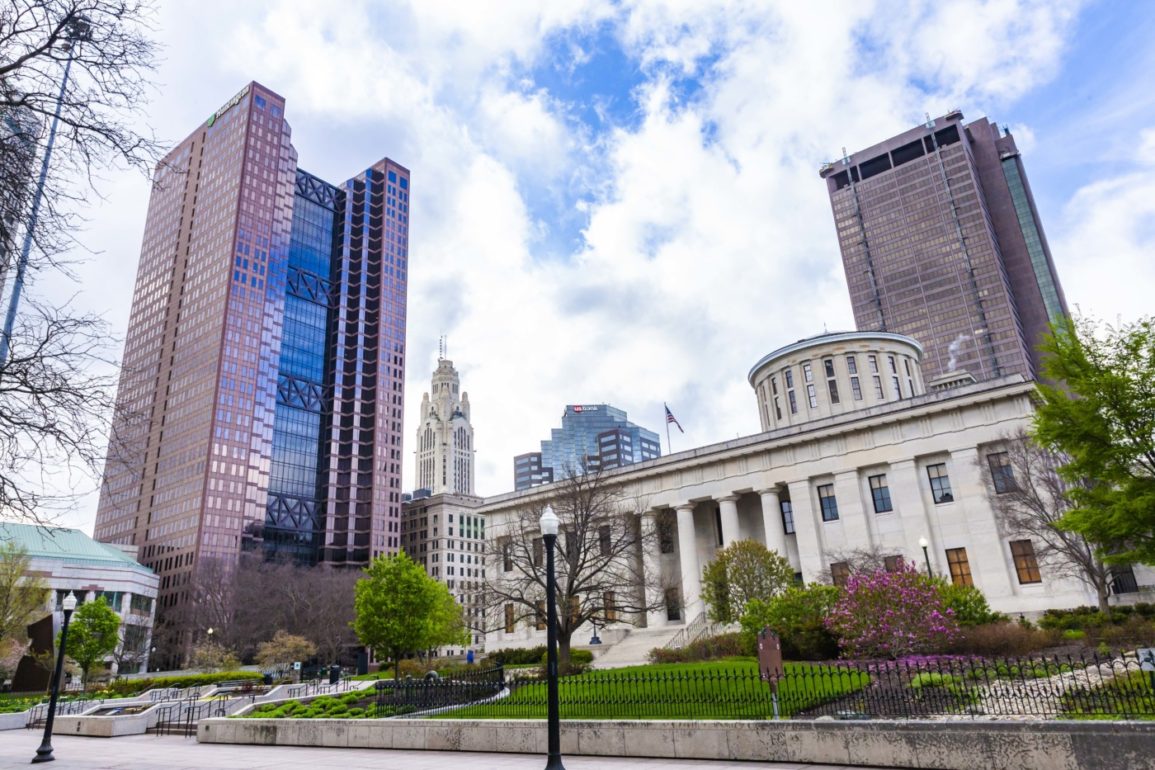 Two years ago, Democrat Jessica Miranda won her state representative seat by just 56 votes — barely enough to fit in a row or two at Madeira High School’s football stadium in her 28th district.

Miranda is running for reelection. Smith is not. But both political parties are working to hold onto their respective seats — and flip a few others in the process — as Ohioans cast votes this election for the state legislature.

Republicans will seek to carry their supermajorities within both chambers to a new decade. Democrats are trying to cut into those legislative advantages as the state prepares for a redistricting effort over the coming years.

Here are some keys to the Ohio Statehouse races in the 2020 General Election:

Republicans currently hold 61 of the 99 seats in the Ohio House.

Democrats would have to flip 12 of those seats, along with holding onto all 38 blue districts, to gain control of the chamber. That’s unlikely to happen, but Democrats are at least hoping to get a little closer.

Representatives can serve up to four two-year terms. As such, the vast majority of races feature an incumbent of either party running for reelection.

Just 19 of the 99 districts feature two new challengers — by virtue of an incumbent being term-limited, or for whatever reason not running for another term.

Both parties are keeping a close eye on the suburbs.

The Ohio Democrats named seven districts in the state as “targets,” with all being located in suburban areas. Six are currently represented by Republicans, while Democrats are targeting one blue district near Cleveland that is open seat in this election.

Republicans, meanwhile, are doing what they can to maintain control of these districts amid a gradual political shift leftward among suburban voters. The Capital Journal recently reported that the Ohio Republican Party bought Facebook ads highlighting endorsements from Gov. Mike DeWine of candidates in numerous suburban districts — several of which are Democratic targets.

Republicans currently hold 24 of the 33 seats in the Ohio Senate.

This is an even greater margin, percentage-wise, than in the lower chamber. Democrats may consider it a victory to net even one seat headed into the next term.

As with the Ohio House, such a pick-up is most likely to come in a suburban race.

The 16th District seat is held by state Sen. Stephanie Kunze, R-Hilliard, who faces a challenge from Democratic candidate Crystal Lett. Both have raised hundreds of thousands of dollars to contest the seat, which Kunze won in 2016 by a comfortable margin.

The 24th District seat, held by Senate Finance Committee Chair Matt Dolan, R-Chagrin Falls, is being challenged by Democratic candidate Tom Jackson. He too won by a comfortable 30,000-vote margin in 2016.

Conversely, Republicans are eyeing a pick-up in the 32nd District representing Ashtabula, Trumbull and Geauga counties in Northeast Ohio. State Sen. Sean O’Brien, D-Bazetta, faces a challenge from Republican candidate Sandra O’Brien. All three of those counties voted for Donald Trump in the 2016 presidential race.

In the Statehouse, however, Republicans hold a disproportionate share of the seats within both legislative chambers.

Not only that, but these legislative races are — by and large — electoral blowouts.

Take 2016. There were 115 legislatives that year with the Ohio House and Senate combined. Just 12 of those 115 races were decided within a margin of 15%.

Things were a bit more closely contested in 2018, with 26 of the 116 legislative races that year decided within the 15% margin.

Here is the margin of victory among 2016 state senate races (these districts are back up for election again this year):

Here is the margins of victory in the Ohio House races as seen in the last presidential election cycle of 2016:

The districts will be redrawn after this election cycle, and there is bound to be a lot of attention paid to how that process goes.

The districts will be redrawn after this election cycle, and there is bound to be a lot of attention paid to how that process goes.

The July arrest of House Speaker Larry Householder, R-Glenford, came at a time when legislators were shifting their attention from the Statehouse to the campaign trail.

Anti-corruption has emerged as a main theme of this year’s election cycle. Democrats and Republicans alike have sought to highlight their anti-corruption bona fides, pointing toward votes to remove Householder as Speaker and (in the case of Democrats) trying to remove him from office entirely.

Likewise, the two parties have sought to implicate the other in the Householder scandal, at times drawing upon dubious and misleading connections.

Through all of this, Householder remains a candidate for reelection to the 72nd District seat. The Ohio Republican Party as well as two county parties in his district have pulled their endorsements of Householder, but his native Perry County Republican Party remains supportive.

Householder has pleaded not guilty and his trial may stretch well into the new term. (He is unopposed on the ballot, but faces four longshot write-in opponents.) Democrats want him removed from office, and a conviction on corruption charges would automatically expel him from the job.

Replacement Speaker Bob Cupp, R-Lima, a former Ohio Supreme Court justice, has noted the law allows a legislative chamber to remove a member once, but not twice. Cupp has implied such a vote would wait until after Householder is theoretically sworn-in next January.

In the meantime, the Statehouse continues to debate how best to deal with a tainted nuclear bailout bill whose passage in 2019 is at the center of the corruption scandal. Lawmakers are said to be split on whether House Bill 6 should be repealed and, if so, what it could be replaced with. That work could continue in the lame-duck period between Election Day and the end of 2020.

Will the effects of the scandal permeate into 2021? We’ll have to wait and see.

This article orignally appeared on Ohio Capital Journal on October 30,2020 with the headline, Keys to the Ohio Statehouse legislative elections.