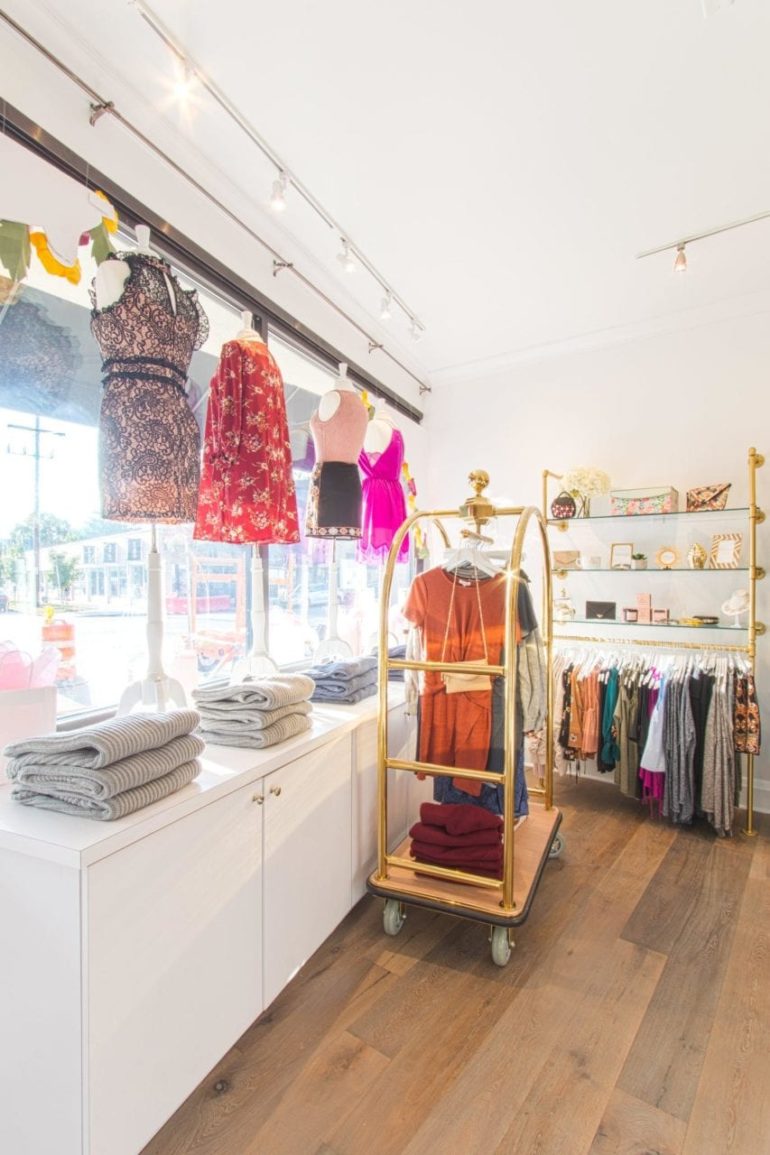 How A Hometown Girl Launched A Short North Clothing Boutique

Jolie Occasions was probably always meant to be.

The Short North fashion boutique opened in August but seeds of the concept were planted much longer ago, when owner Stephanie Tersigni dreamed of running her own store.

She worked at Forever 21 in Dublin’s Mall at Tuttle Crossing before attending Miami University, where she led the Club of Fashion and Design and was employed by local boutique Juniper.

And after graduating in 2013 with a degree in organizational communication and marketing, Tersigni stayed close to fashion by working for Express in Columbus.

It was only after being let go from the company, she says, that she decided to make her dream a reality.

“I learned a lot there. So much,” she says. “It was actually a total blessing in disguise (to leave Express), because that led me to open my own store. When else am I going to do this?”

With support from her husband, family and friends, Tersigni opened a boutique fashioned from her mind’s eye: a pretty, approachable store delivering feminine flair at an affordable price.

Jolie Occasions is named for the French word for “pretty,” a reference to those pretty occasions – date nights, dinner parties, holidays – when the store’s garments apply perfectly.

After years of dreaming about the concept, Tersigni says creating a brand and designing the space came naturally.

But building the actual dollars-and-cents business was not easy, no matter how many books and how-to articles she read.

It took a few months of pitching her business plan to “what seemed like every bank in the city” to finally land a loan, she says.

Only by a chance referral and some persistence did she find the perfect location: a small storefront at 864 N. High St., in the heart of the Short North – the only neighborhood where she felt Jolie Occasions could work.

Clearing those first business hurdles to open, Tersigni says figuring out the right mix of inventory is a continuing challenge.

Jolie carries about 20 brands. Specific items are bought from designers in packs of six.

“I’m still figuring it out,” Tersigni says, adding, “the whole point of shopping at a boutique is to get unique items.”

The Short North neighborhood is home to fashion boutiques Rowe and Ladybird, but Tersigni believes there’s room for a shop catering to 20-somethings with an affordable, feminine flair.

“I felt like something like my store was missing” she says. “Having those nearby is a good thing – we all do different things, the price points are different. I definitely think we all complement each other.”

Tersigni says Columbus, for its reputation is a fashion hub, is a strong market in which to operate Jolie Occasions.

“We have the big retailers here, then you also have these little boutiques,” she says. “I think it’s growing so I wanted to be a part of it. It’s just a great city to be a part of.”

Not to say Tersigni doesn’t have sights set beyond Columbus, and her current roster of designers.

“I would like to eventually open additional stores. And in five years I would like to have my own line of clothes in the store,” she says. “That’s definitely a goal for the future.”