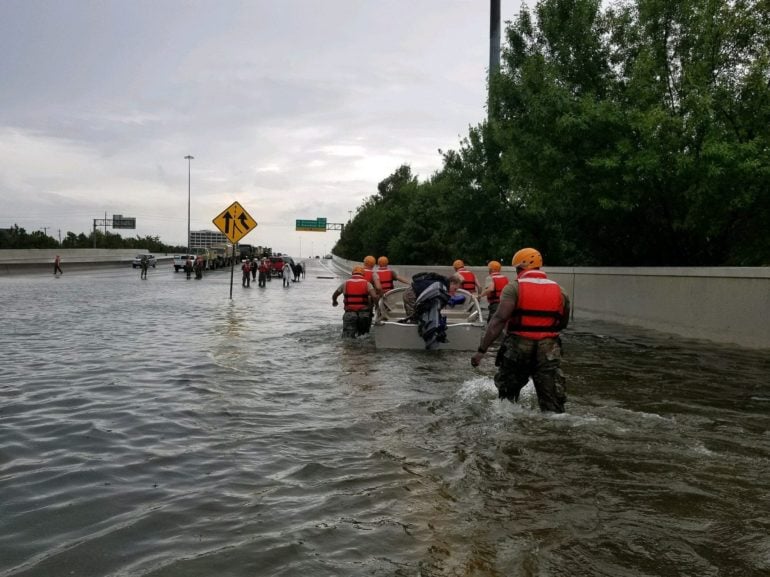 How Columbus Can Help Texas After Hurricane Harvey

On Friday evening, Hurricane Harvey made landfall over Southeast Texas. Its devastating effects are still being felt by residents, as cities flood and rain continues to fall.

Hurricane Harvey made landfall as a Category 4 storm, with some gusts in the eye wall reaching Category 5 speeds. The hurricane stalled for hours over the coast. After the threat of extreme winds died down, it became clear that this storm wasn’t over.

Now a Tropical Storm, Harvey continues to dump several inches of rain per hour on Texas. More than 13 million people, from Corpus Cristi, TX to New Orleans, LA are under flood advisories. Houston, in particular, has seen devasting flooding, with water levels still rising. The severity of the storm should not be understated.

This event is unprecedented & all impacts are unknown & beyond anything experienced. Follow orders from officials to ensure safety. #Harvey pic.twitter.com/IjpWLey1h8

When all is said and done, the storm will have dropped not inches, but feet of water. On average, Houston receives 50 inches of rain per year. Harvey has dropped 25 inches so far and is expected to drop 25 or more before it’s over.

In times of crisis, it’s easy to send thoughts and prayers. But often actions speak louder than words.

If you’re looking for a way to personally make an impact to those in need, there are plenty of avenues you can take. You could donate money to an established charity. You could send specific items to charities that will be distributing everything from medical care to diapers to food and water.

When it comes to donating items to the cause, instead of money, please consider that you’ll need to respond through specific organizations. As good as it might feel to buy water or canned food and mail it to people in need, it’s important to recognize that 1.) Mail services likely aren’t running in affected areas and 2.) There wouldn’t be anyone to distribute your well-meaning goods on the other end.

In order to ensure that you’re donating to verified charities and that your funds are being put to use in the way you desire, check out this list of tips for giving in times of crisis.

Donating funds is the most direct and accessible way to help those suffering from Hurricane Harvey. Please consider the following charities when donating: