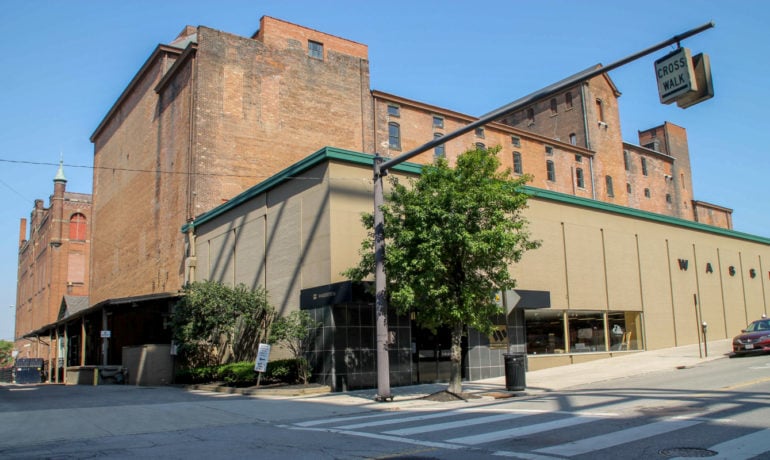 The Restoration Of The L. Hoster Brewing Company Building Is A Go

When it comes to historic buildings, Columbus doesn’t have the greatest track record.

But thanks to groups like the Columbus Landmarks Foundation, the state of Ohio, and private investors, some buildings are getting a new lease on life. On Wednesday, the Ohio Development Services Agency announced that the L. Hoster Brewing Co. property in the Brewery District will receive $5 million in Ohio Historic Preservation Tax Credits.

The property was the only Columbus project to be awarded the credits. Plans for the development include a boutique hotel, coworking and office spaces, event spaces, a fitness facility with a spa, and of course, a brew pub.

The L. Hoster Brewing Company originally opened in 1836. After nearly a century, the brewery was shuttered during Prohibition. The property is now owned by Dwight McCabe, who announced plans for the restoration earlier this year.

The project will reportedly cost $70 million dollars and will be completed in four phases. The first phase will include the boutique hotel, which will join a handful of other smaller hotels opening in the Columbus area over the next few years.

Just in case you don’t want to wait a few years before you get to explore the building, you can join Columbus Landmarks Foundation at their Buildings Reborn event coming up on August 1.

In addition to talking about all things beer and even tasting a few, visitors will be able to “tour the massive, pre-redevelopment Hoster site including the deep vaults and original Brewmaster’s tasting room.” Tickets to the event are $20 for members and $25 for non-members and can be purchased here.