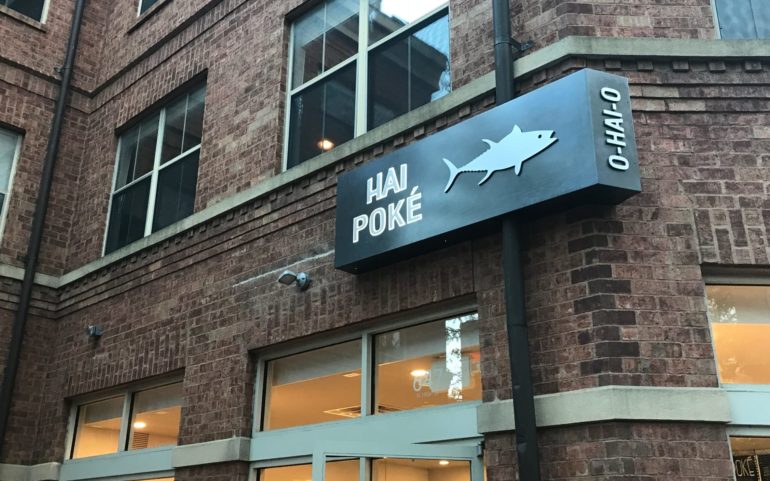 Hai Poké is opening the doors to their very first restaurant Friday, September 22. 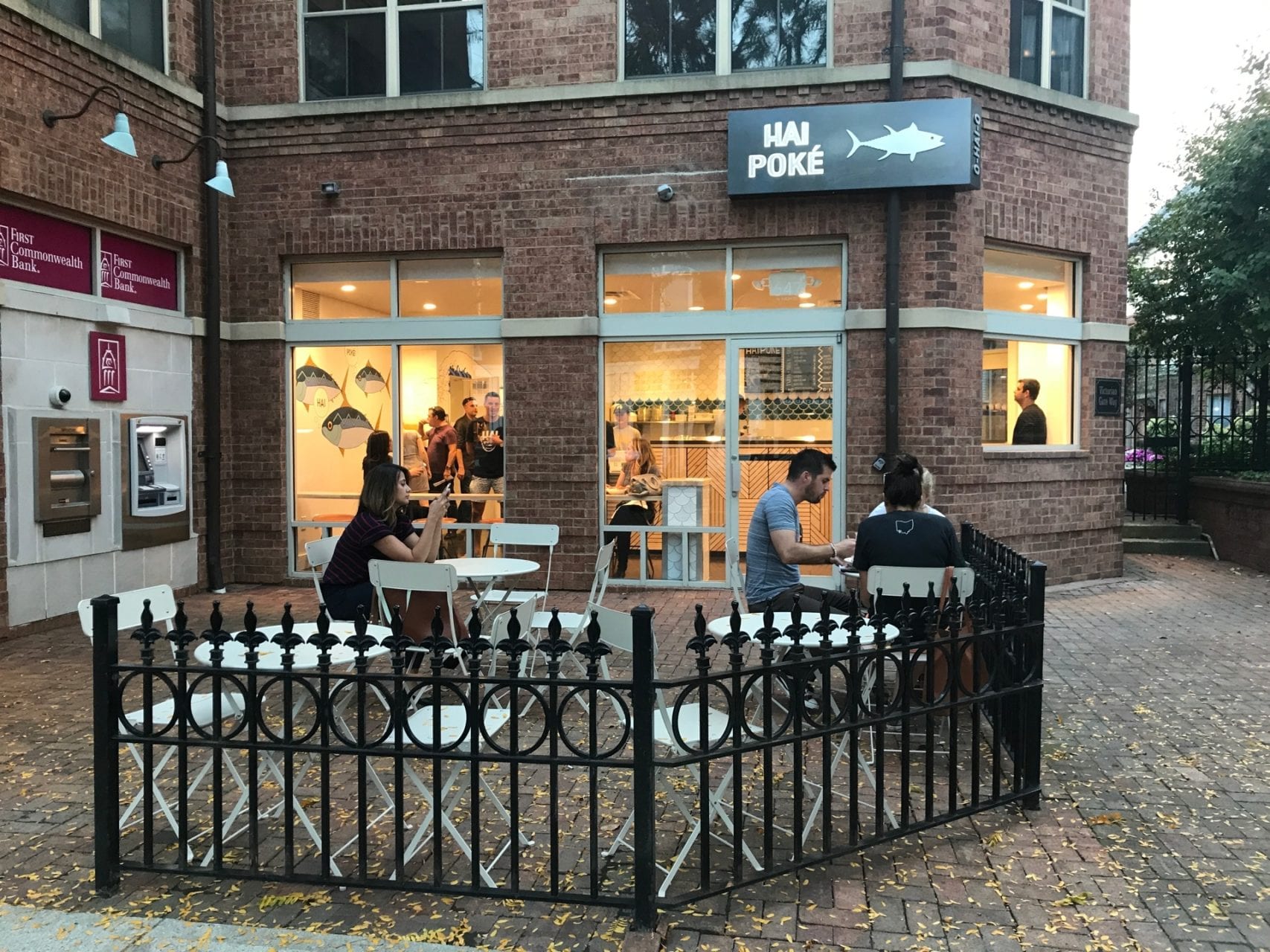 The company first set its sights on the brick and mortar in November 2016. Little by little, the Hai Poké restaurant took shape. It’s opening just a month after their two-year anniversary.

“I envisioned this a million and one times in my mind, and seeing it finished—it blew me away,” said co-founder Nile Woodson.

There will be grand opening festivities all weekend long that will include a possible ice sculpture carving of a tuna, live music from Mungbean on Sunday, and “fun, cool vibes” all weekend long, according to co-founder Mico Cordero. Check out Hai Poké’s Facebook, Twitter, and Instagram for event details throughout the weekend.

Hai Poké will continue to do their kitchen takeovers around town at PurePressed Juicery and Oddfellows Liquor Bar. 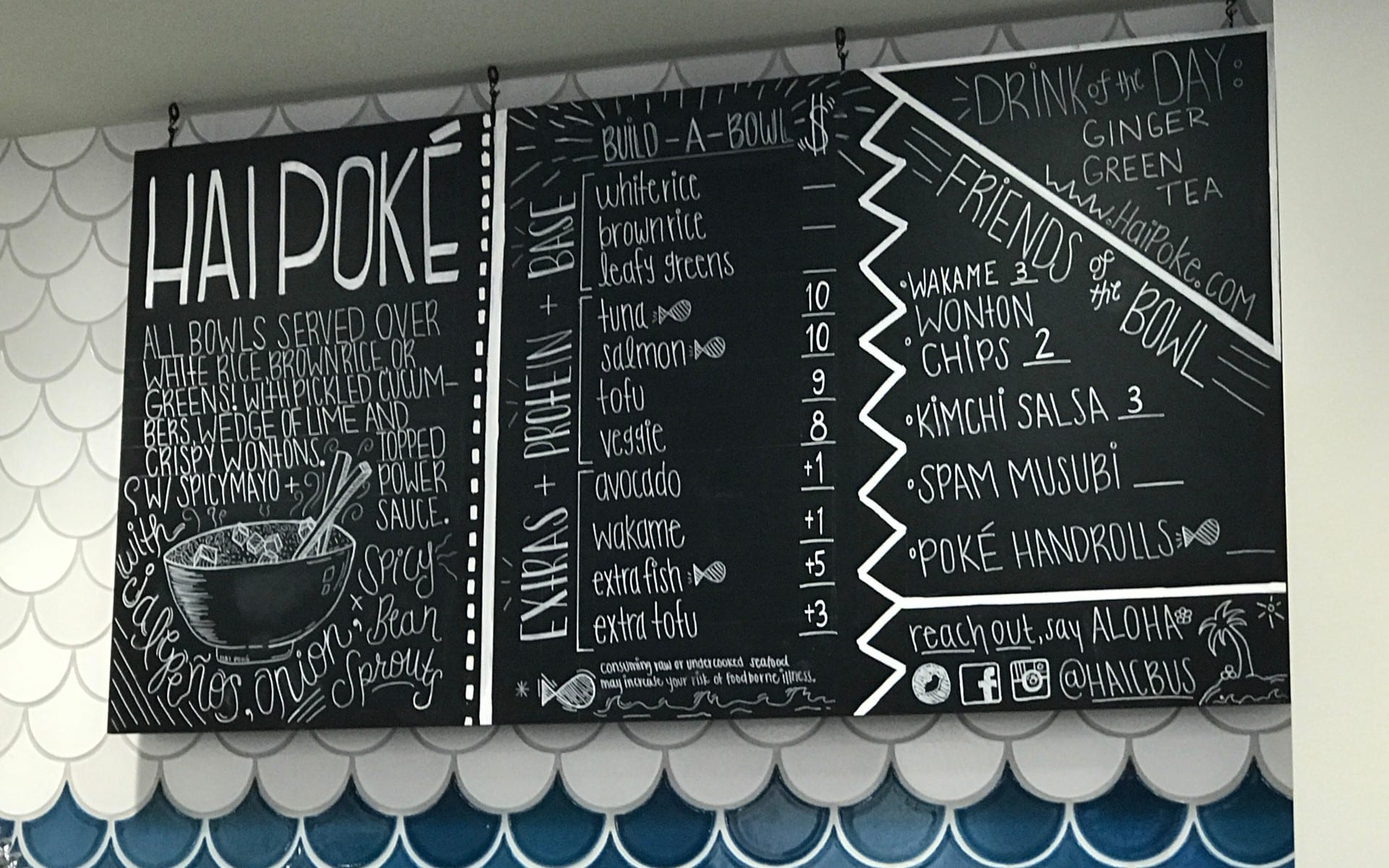 “We just went with simple side dishes that you can get with a bowl,” said Woodson. “We always want to be the poké spot, but we’re starting to embrace the island-inspired side of our brand.”

These sides—known as “friends of the bowl”—include wonton chips, kimchi salsa, spam musubi, and poké handrolls. 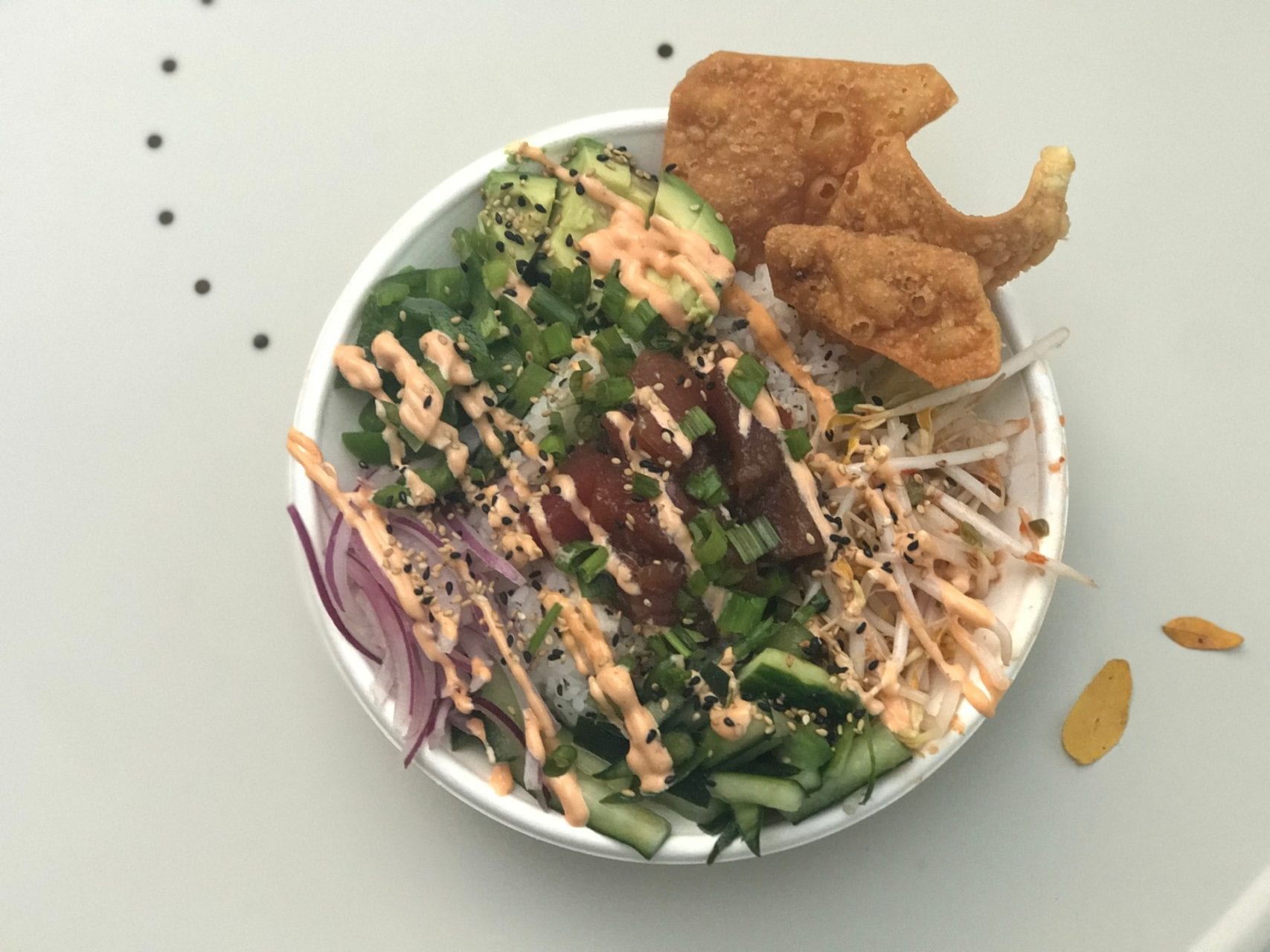 This restaurant is what Cordero and Woodson have been working for since the beginning. When I asked how they felt, they had remarkably similar answers.

“It just feels comfy,” said Woodson. “It feels like we’re at home.”

Dying to see more? Check out the pictures below! 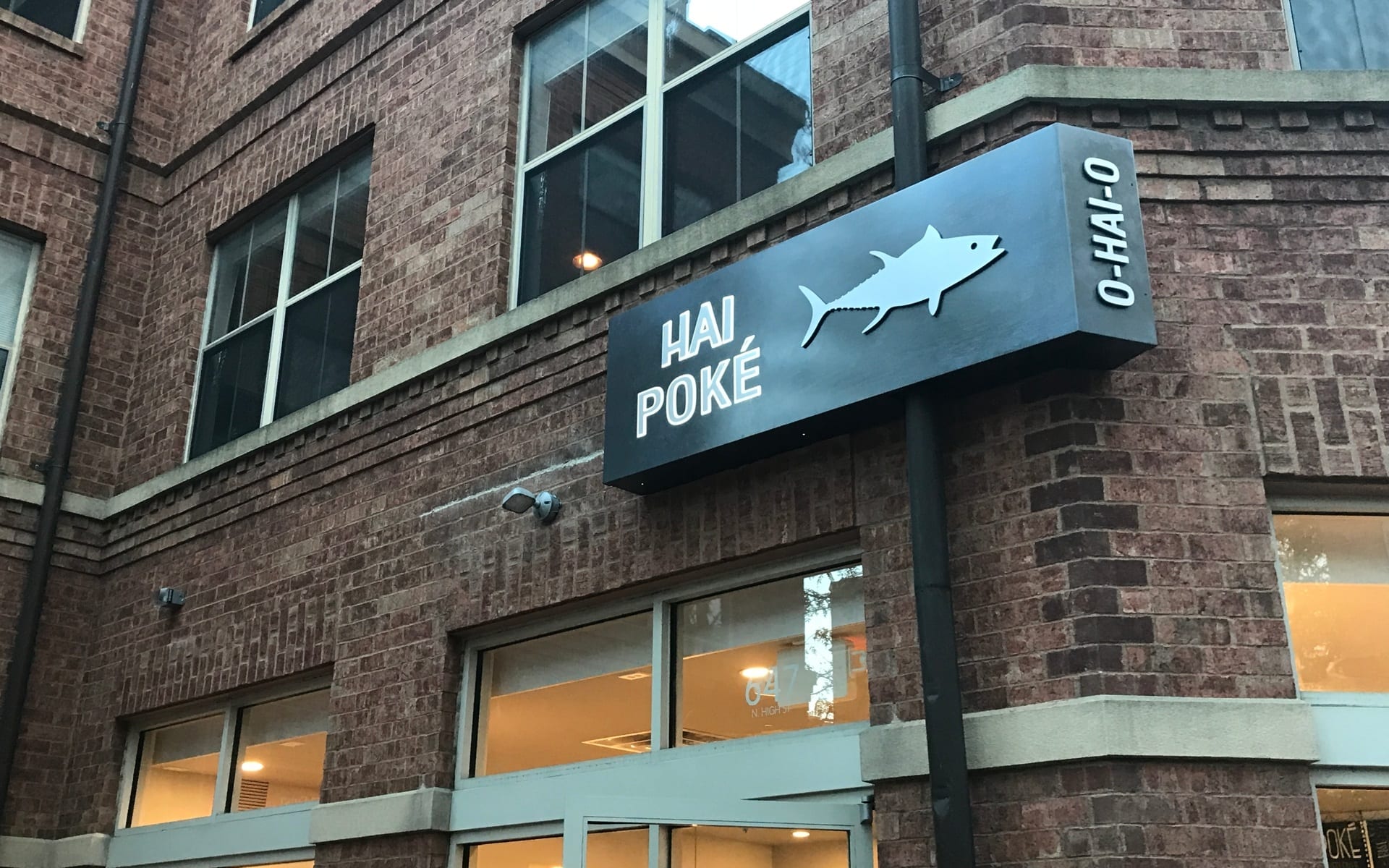 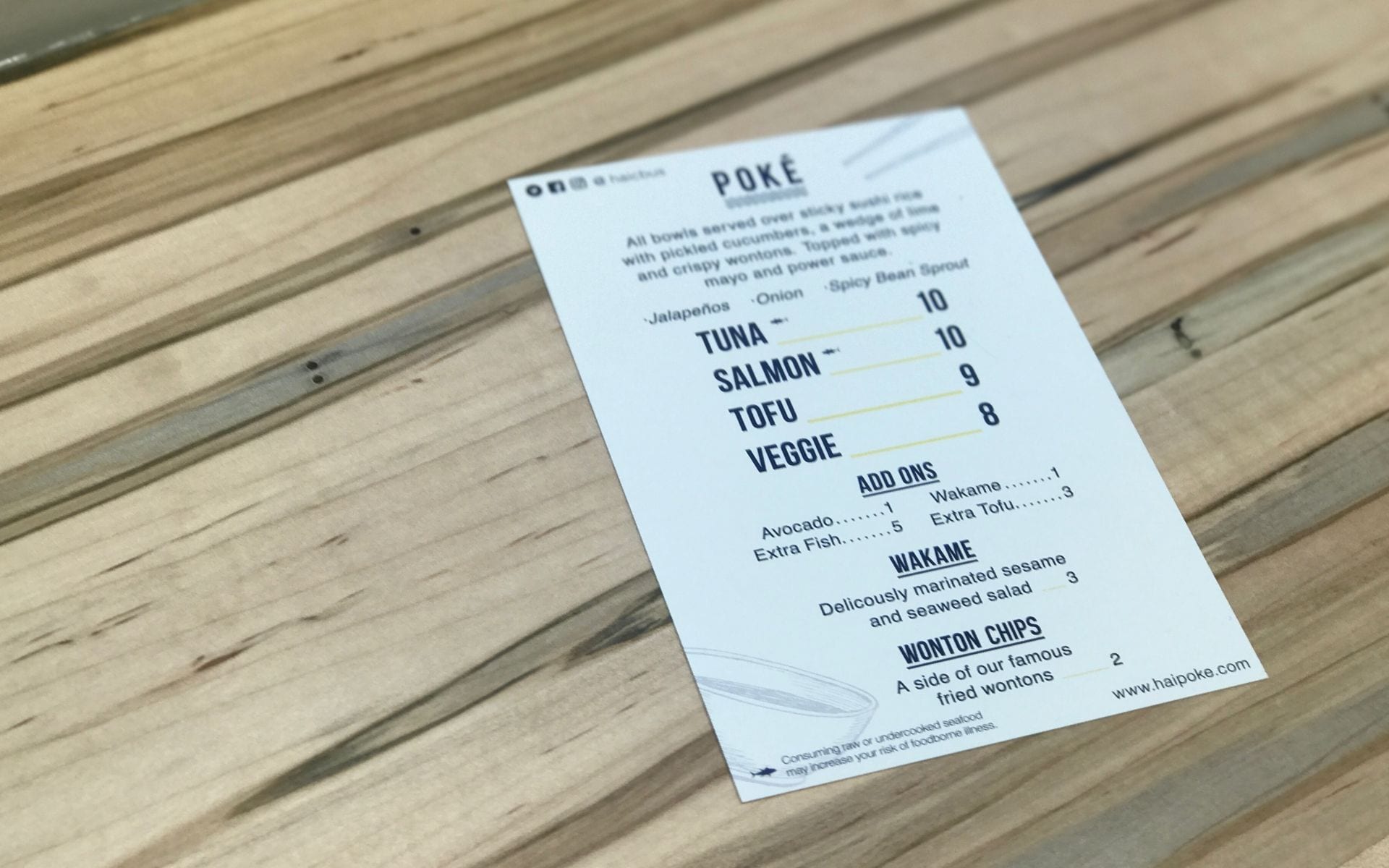 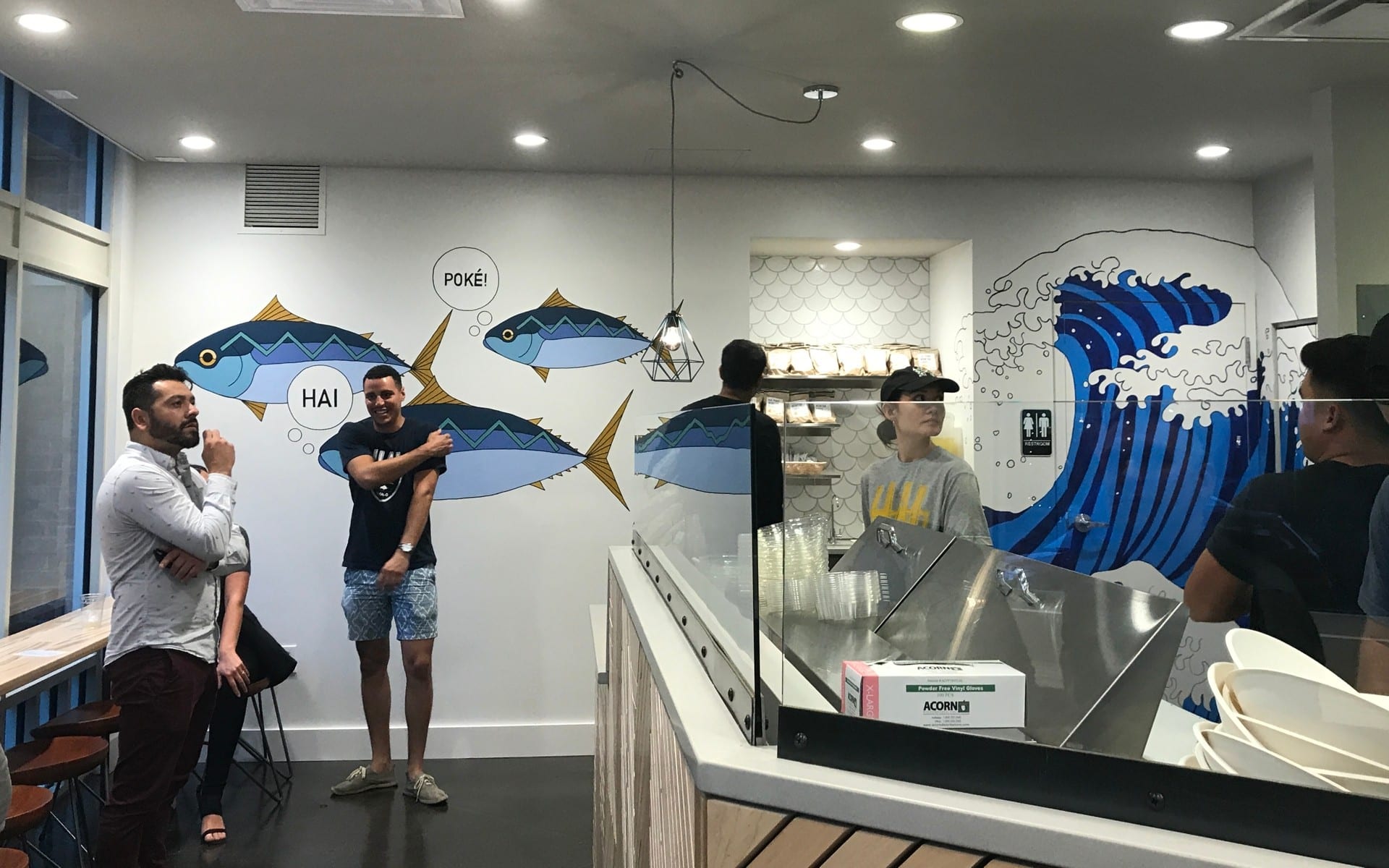 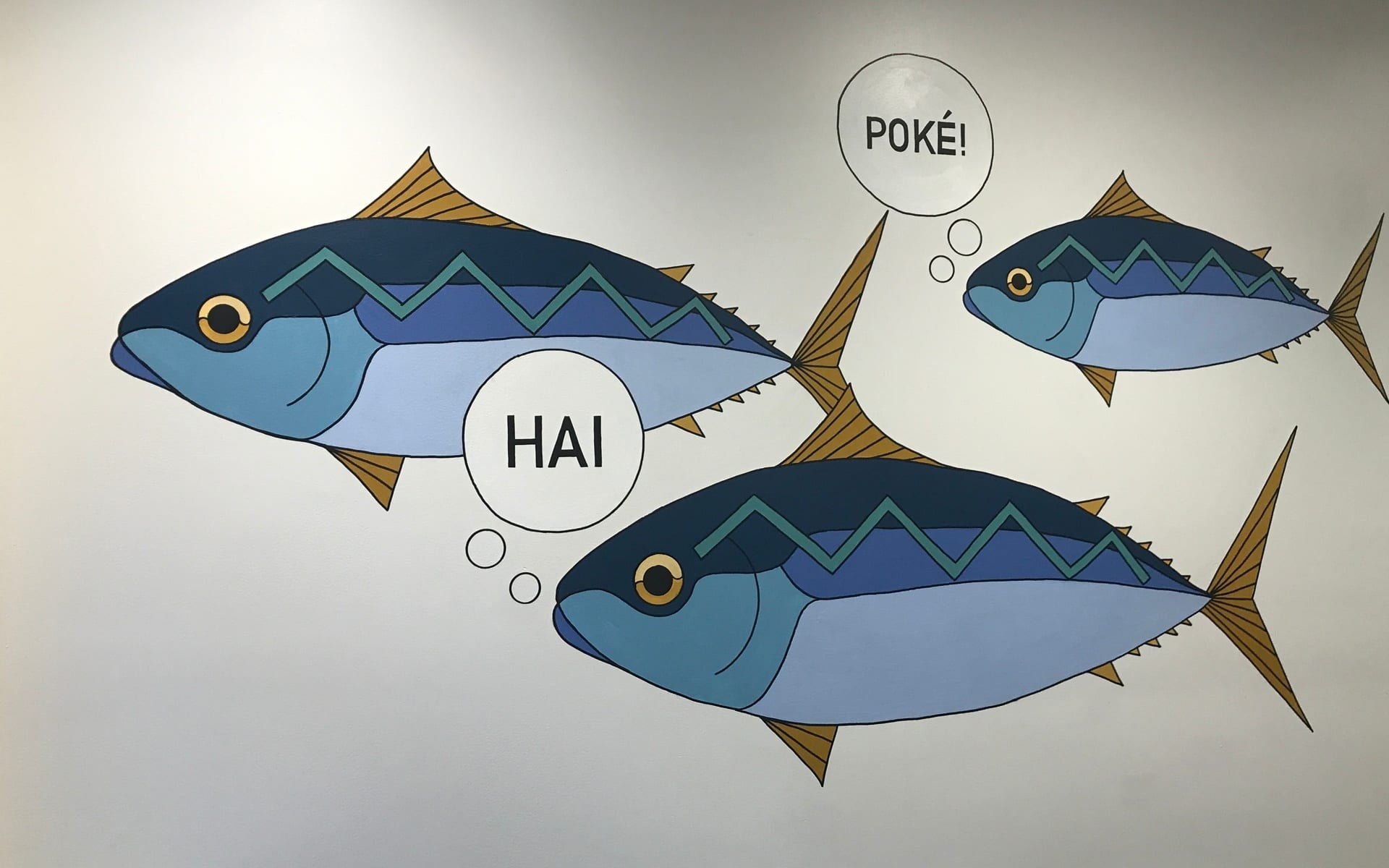 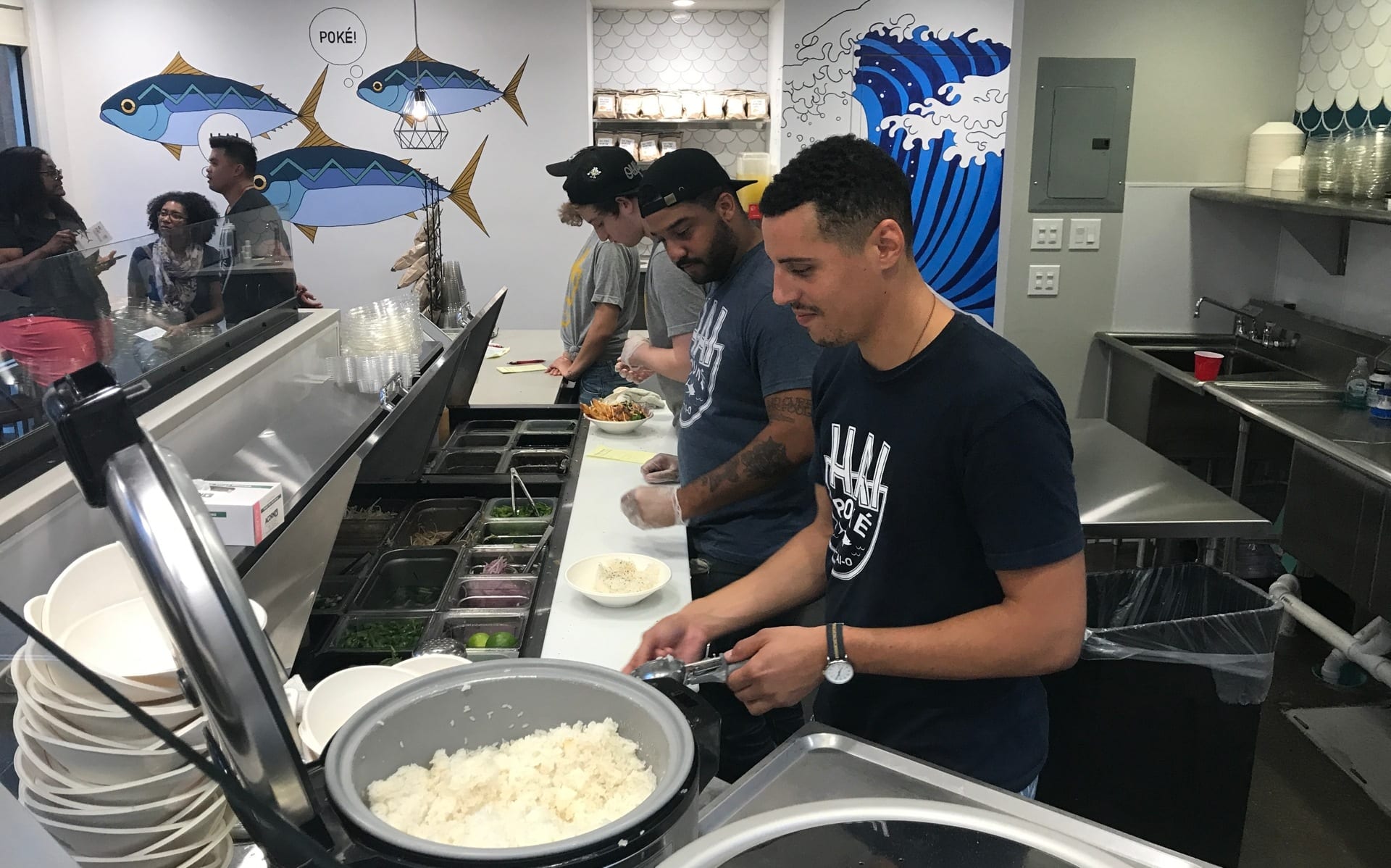 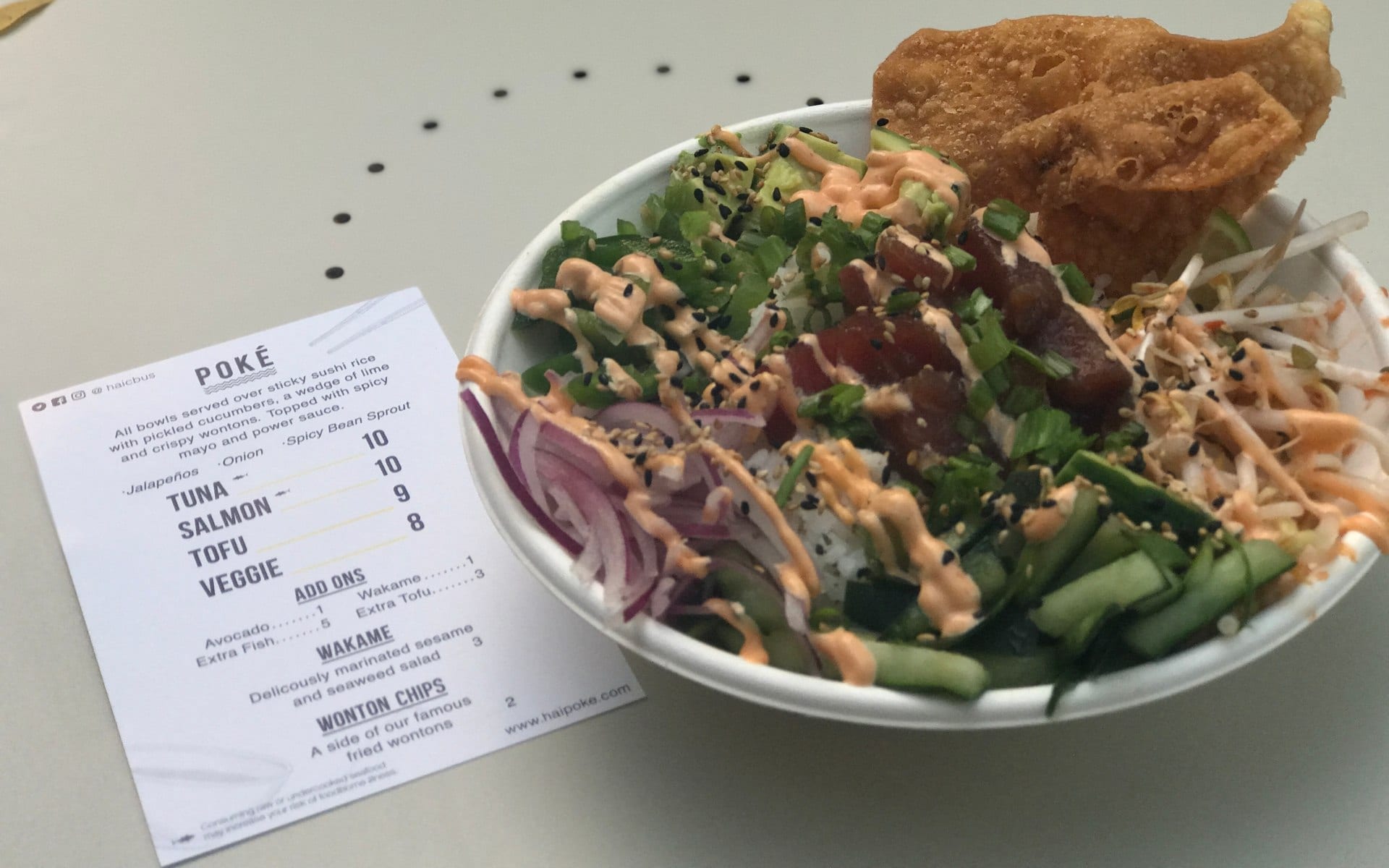