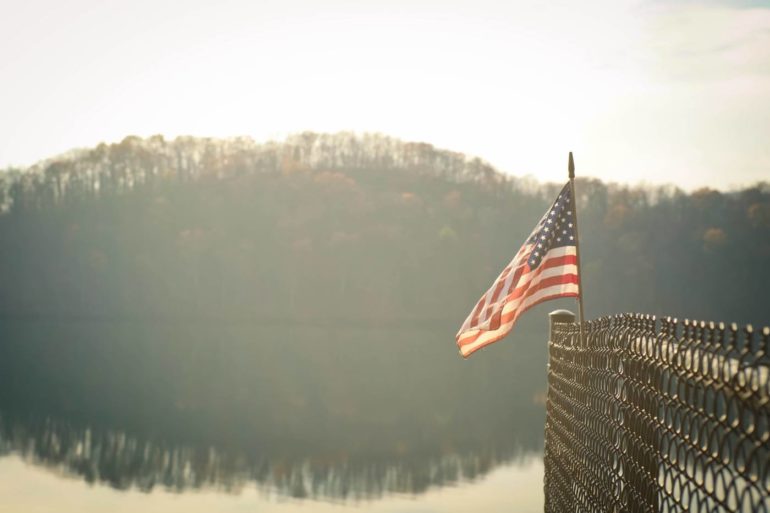 I’m not going to rehash the NFL anthem controversy, because you’ve ingested enough of that, and you must have your own opinion on the issue by now.

They're NOT protesting flag, anthem or soldiers any more than hunger strikers are protesting food (h/t @dodrty) https://t.co/GP7okN5arD

One of the many terrible things about living in post 9/11 America has been the increasingly required performative patriotism.

For 70 years, “Take Me Out To The Ballgame” was fine during the 7th inning stretch, but now, we often have to listen to the dirge like “God Bless America”. In a country that already loved enthusiastically flying the flag, we have moved to flags everywhere, all the time. What about an interstate overpass requires dozens of American flags?

NFL players didn’t even come out for the locker room for the anthem until recent years. Coincidentally, in 2012 the military started paying the NFL million of dollars for displays of patriotism:

Now we have fans booing NFL players for kneeling during the anthem, and our president calling them “sons of bitches” for trying to call attention to police killing black people too much.

That brings us to Gresso’s, a restaurant on South High that seems to mostly exist to feed softball players finishing up at Berliner. The restaurant wants to give people 1/2 off their meal this Sunday. All you have to do is stand up for the national anthem before the Steelers take on the Ravens.

They are promoting this with a photo of Alejandro Villanueva, a Pittsburgh Steeler who served in Afghanistan as an Army Ranger. Villanueva was the only Steeler who left the tunnel for the anthem last Sunday. He’s become a right wing hero, despite expressing regret after the game:

Villanueva and his teammates indicated a day later that his presence outside the tunnel actually occurred accidentally rather than by design. He said he had wanted to see the flag before the game but was still outside when the anthem began, at which point he did not want to move. Yet he subsequently felt as if he’d broken ranks and admitted there was pressure to stand from fellow veterans, including those injured in wars abroad.

“Unfortunately, I threw (my teammates) under the bus, unintentionally,” he said. “Every single time I see that picture of me standing by myself, I feel embarrassed.

I fear that we may have become a nation of people with the collective memory of a goldfish. Nobody cared what professional athletes did during the anthem until Colin Kaepernick. Now many of us are coaxed into an opinion by the unstable person sitting in the Oval Office.

Patriotism shouldn’t be a game where the winner is whoever loves Ameria the most. It shouldn’t be used as signaling to show that you’re against people who would like police to kill fewer people. It’s hard to read this promotion as anything but grossly combative given the complete lack of attention paid to the anthem in American bars, restaurants, and living rooms every fall Sunday afternoon at 1:00 PM eastern.

So here you go Gresso’s, you got a media mention. Give whoever does your marketing a pat on the back.