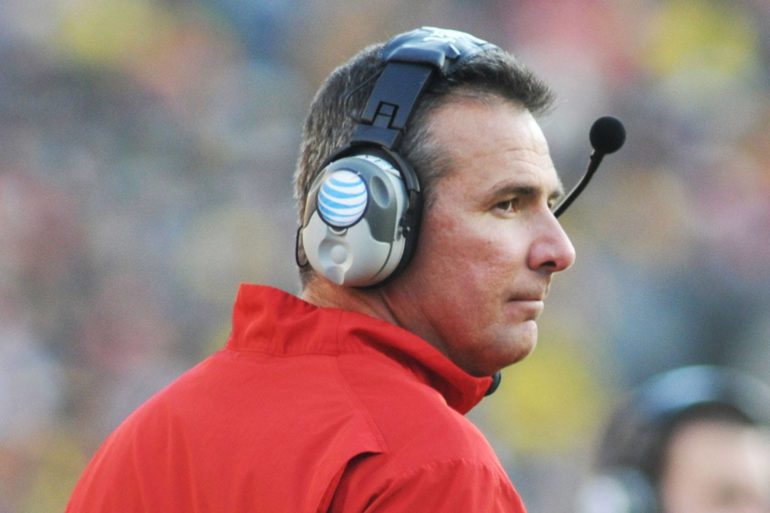 Just 13 games into his first season with the NFL, Urban Meyer has been fired from the Jacksonville Jaguars.

The former OSU coach only won two games for the Jaguars this season and his termination was announced in the early hours of Thursday morning. In addition to a rough year on the field, Meyer also had to deal with scandal off the field.

A viral video in October showed Meyer at Urban Meyer’s Pint House with a woman dancing on his lap and a second video followed after with Meyer’s hand appearing to grab the woman’s butt.

Meyer apologized to his family, players, and the organization, but it didn’t cut it for fans. Additionally, it was reported in the Tampa Bay Times on Wednesday that Jaguars kicker Josh Lambo stated that Meyer had kicked him during practice over the summer.

“I’m in a lunge position. Left leg forward, right leg back,” Lambo told the Tampa Bay Times. “Urban Meyer, while I’m in that stretch position, comes up to me and says, ‘Hey Dips–t, make your f–king kicks!’ And kicks me in the leg.”

The article was seemingly a breaking point for Jaguars owner Shad Khan.

“After deliberation over many weeks and a thorough analysis of the entirety of Urban’s tenure with our team, I am bitterly disappointed to arrive at the conclusion that an immediate change is imperative for everyone,” Khan said in a statement. “I informed Urban of the change this evening. As I stated in October, regaining our trust and respect was essential. Regrettably, it did not happen.”

Meyer isn’t a stranger to bad press. From his suspension in 2018 while serving as the head coach of the Buckeyes to 31-arrested players over the course of his tenure at the University of Florida, his career has been fraught with close calls.

Urban Meyer has yet to make a statement.