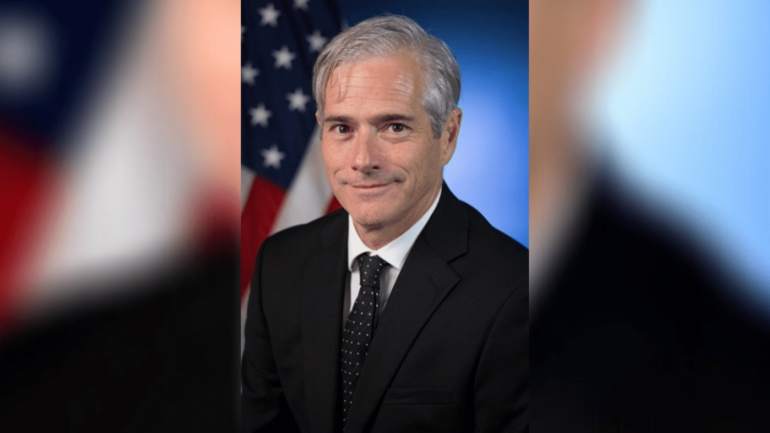 U.S. Attorney David DeVillers announced Tuesday the FBI would be working with Columbus police to investigate the killing of Casey Goodson Jr. through his office.

“FBI opens second investigation into killing of Casey Goodson Jr” was originally published by Matter News, a local news nonprofit in Columbus, Ohio. Sign up for their newsletter here.

Chief of the Columbus Division of Police Thomas Quinlan announced today the U.S. Department of Justice would also be conducting an investigation into the death of Casey Goodson Jr. after the Ohio Attorney General’s office refused to accept the case yesterday.

The department called in the FBI to look into “if the evidence indicates any federal civil rights laws were violated,” according to a press release from U.S. Attorney David DeVillers.

“The FBI and the Department of Justice are now involved in the investigation into the shooting death of Casey Goodson, Jr. CPD is investigating if the shooting was lawful. USDOJ and [the] FBI are determining if Mr. Goodson’s civil rights were violated,” Robin Davis, a spokesperson for Mayor Andrew Ginther’s office, confirmed via email.

“After being briefed about the circumstances surrounding the incident by CPD, I believe a federal investigation is warranted,” DeVillers said. “I have contacted the FBI and have requested that they work in conjunction with CPD to investigate this case through our office.”

Quinlan continues to iterate that the Columbus police investigating are “eminently qualified to investigate and get to the truth of this tragedy,” he said, according to a press release from the division. “Independent of our investigation, bringing in the Department of Justice brings all of the resources of the federal government to answer the critical civil rights questions being posed by the community. This offers the highest level of transparency and a clear path to the truth.”

On December 7, three days after Goodson was killed, Quinlan tried to hand the investigation off to the Ohio Bureau of Criminal Investigation, a state agency which will provide criminal investigative services for local law enforcement at request. But the bureau declined to take on the investigation because it was well underway.

“We received a referral to take a three day old officer-involved shooting case. Not knowing all the reasons as to why so much time has passed before the case was referred to BCI, we cannot accept this case,” Steve Irwin, press secretary for the attorney general’s office, said in an emailed statement.

Once Columbus Police has completed its investigation, all evidence will be turned over to the Franklin County Prosecutor for presentation to a civilian grand jury.