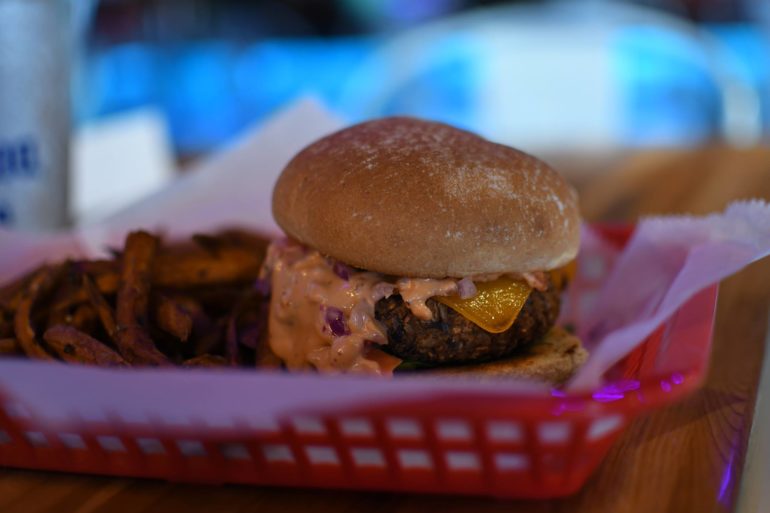 This new vegan burger joint wants to give Columbus a non-meat option when it comes to the American fast-food scene.

The burger is a sacrosanct American institution. Its very concept sings the tale of the American immigrant, struggling to find a place for themselves in a country of strangers, bringing with them their own strange customs and cuisine. The sheer genius it took to even think to put a grilled beef patty between two buns with cheese and seemingly randomized vegetables is simply beyond me. I could spend my entire life honing my craft and never create a more significant contribution to my fellow man.

While the burger is, in fact, sheer edible perfection, it doesn’t mean that some insane culinary geniuses aren’t out there attempting to make the food even better. Perhaps even, dare I say, to make it healthy. Enter: Eden Burger.

Started by a group of friends out of their home kitchen, Eden Burger was created to provide a healthy, vegan option for hamburgers without sacrificing flavor and texture. The patties are made using a variety of seasonings, black beans, and other plant-based foods that the co-founders meticulously put together from scratch.

But they don’t just stop at burgers, they also offer a variety of other plant-based Americana foodstuffs. We recently just listed them on our list of best fries in the city and they definitely earn it. Completely organic and vegan-friendly, their fries give you the crisp salty goodness you’re looking for.

They also offer tempeh tenders and plant based milkshakes. That’s right, imagine a vegan milkshake made out of vanilla, banana, soy, and cookie crumbles. Yeah, I know. Too good to be true right? All of that and their menu is still evolving and growing, with an assortment of sauces and toppings that’ll keep you coming back for something different each time.

They’re definitely aiming to become a food staple in, not just the Columbus vegan community, but in the local food scene as a whole. They make sure that anyone is going to be able to enjoy their food, vegan or otherwise.

Amen. Thank you @gardenofedenburger (now at @villageidiot614 until 2 AM) ❤️💛💚💙💜 …look at that sauce. #flavahtown #nom #eatateden

Recently they’ve set up shop through Village Idiot, a local pub in the University District. There you can get a craft beer to wash down the light but filling vegan burgers and sides. This weekend marks the end of their soft opening. As of now, they’re open four days a week, Thursday & Sunday from 5 p.m. to 10 p.m. and Friday & Saturday from 5 p.m. to 2 a.m.

Their actual grand opening has yet to be announced but could be happening as soon as next week. All of their stuff is great but to them, it’s about so much more. Their mission statement? “Saving the f’n world”. For more info check out their Facebook page here.