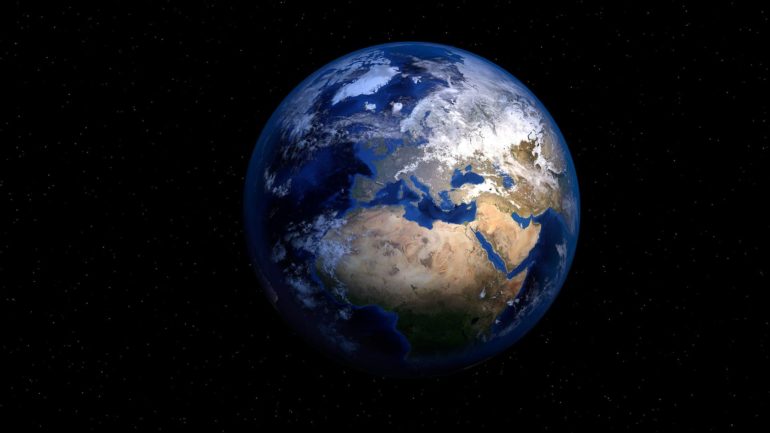 It’s The 50th Anniversary Of Earth Day And In A Way, It’s The Most Environmentally-Friendly Yet

50 years ago, the first official Earth Day celebrations took place across the country.

On April 22, 1970, 20 million Americans of all ages, primarily led by college-aged students, headed into the streets, cementing environmental issues into our political landscape.

The push to focus on the environment got a much-needed boost when Senator Gaylord Nelson (D) from Wisconsin saw the destruction caused by an oil spill in California. He decided to combine the power of the student voices protesting the Vietnam war with his concerns about the environmental impact of the spill. He organized a national teach-in, hoping to bring the environment to the front of the political spectrum, forcing America to take a look at the consequences of years of unabated pollution.

Here in Columbus, the largest original Earth Day celebration took place at the Ohio State University. Festivities were planned on campus from dawn to dusk and the Earth Day committee named the day, “Rite of Spring”. The highlights of the celebration included then-Senate candidate John Glenn promoting his anti-pollution legislation, Mike Frome, a conservation editor at Field and Stream, and future-governor Bob Taft appearing to discuss pollution control. 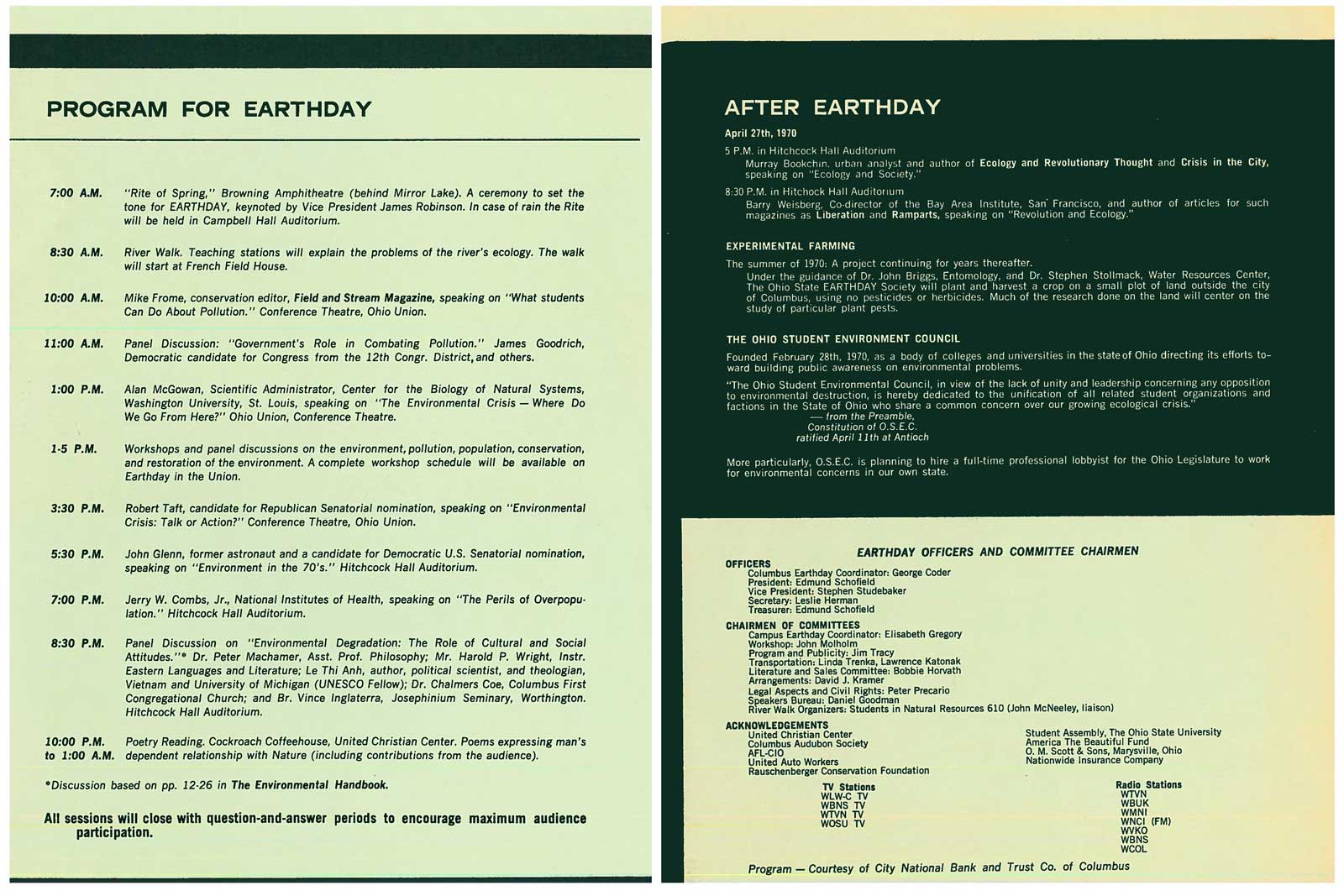 There were workshops for students on how to handle and attack environmental problems and a River Walk where students helped clean up the Olentangy River and call attention to river pollution.

Over the next few years, partisan politics faded away briefly as lawmakers, acting in response to their constituents, created the Environmental Protection Agency and eventually passed the Clean Air Act, the Clean Water Act and the Endangered Species Act.

This year’s Earth Day celebrations are going to be a little different from the mass gatherings of the past. As our local community grapples with a global pandemic, there won’t be any parades, days full of parades, or hanging out on restaurant patios to enjoy an environmentally-friendly meal with friends.

But there’s one thing that you can do to celebrate Earth Day during this time of self-isolation: go outside. Due to shutdowns across the planet, pollution is down. We’ve all heard the stories of animals returning to their natural habitats or of skies clearing for sweeping views of mountains long lost to smog.

Earth is getting an extended celebration this year while we’re all self-isolating, and maybe that’s something we can be grateful for during these trying times. Go outside and take a walk. Visit your favorite Columbus park for a little exercise. Plant something lovely in your yard.

If nothing else, just take a moment today to stop and really look at the world around you. It’s the only one we’ve got and now is as good a time as any to think about what we can do to make it a better place.