Yesterday marked the first day of early voting here in Franklin County, and it was a busy one.

Ohio State Is Breaking Ground On A State Of The Art Athletic District, And The Pictures Are Stunning

Race Down The Runway At John Glenn International Airport 5K

In Franklin County, nearly 2,500 people cast a ballot on the first day of early voting back in 2016. This year, the county had nearly reached the same number by 2:30 p.m.

For the next four weeks, early voting will be an option for eager voters in Ohio. Polls will be open every weekday from 8 a.m. to 5 p.m. until October 19, when the hours will expand into the evening and weekend. The Franklin County Board of Elections is located at 1700 Morse Rd. Columbus, Ohio 43229.

Folks! The polls just opened in Franklin County, Ohio and this is the line to early vote👀 pic.twitter.com/noBma9NBSs

The line was spread out, but that doesn’t make the nearly quarter-mile affair around the back of the Board of Elections building any less impressive. Early voting is available to all registered voters in the county. If you’ve requested an absentee ballot but you’ve changed your mind and you’d like to vote in person, you can still do that.

The line at @FranklinCoBOE is moving (and pretty briskly) but it still stretches to the other end of the strip mall and snakes around in the parking lot. pic.twitter.com/n20zAXFsTr

Additionally, if you’ve decided that you want to fill out your mail-in ballot and drop it off yourself, you can do that as well. There’s a secure, 24-hour drop box at the Board of Elections site where you can deposit your ballot between now and 7:30 p.m. on Election Day.

This year, there’s also a drive-through drop-off site in the Board of Elections parking lot. 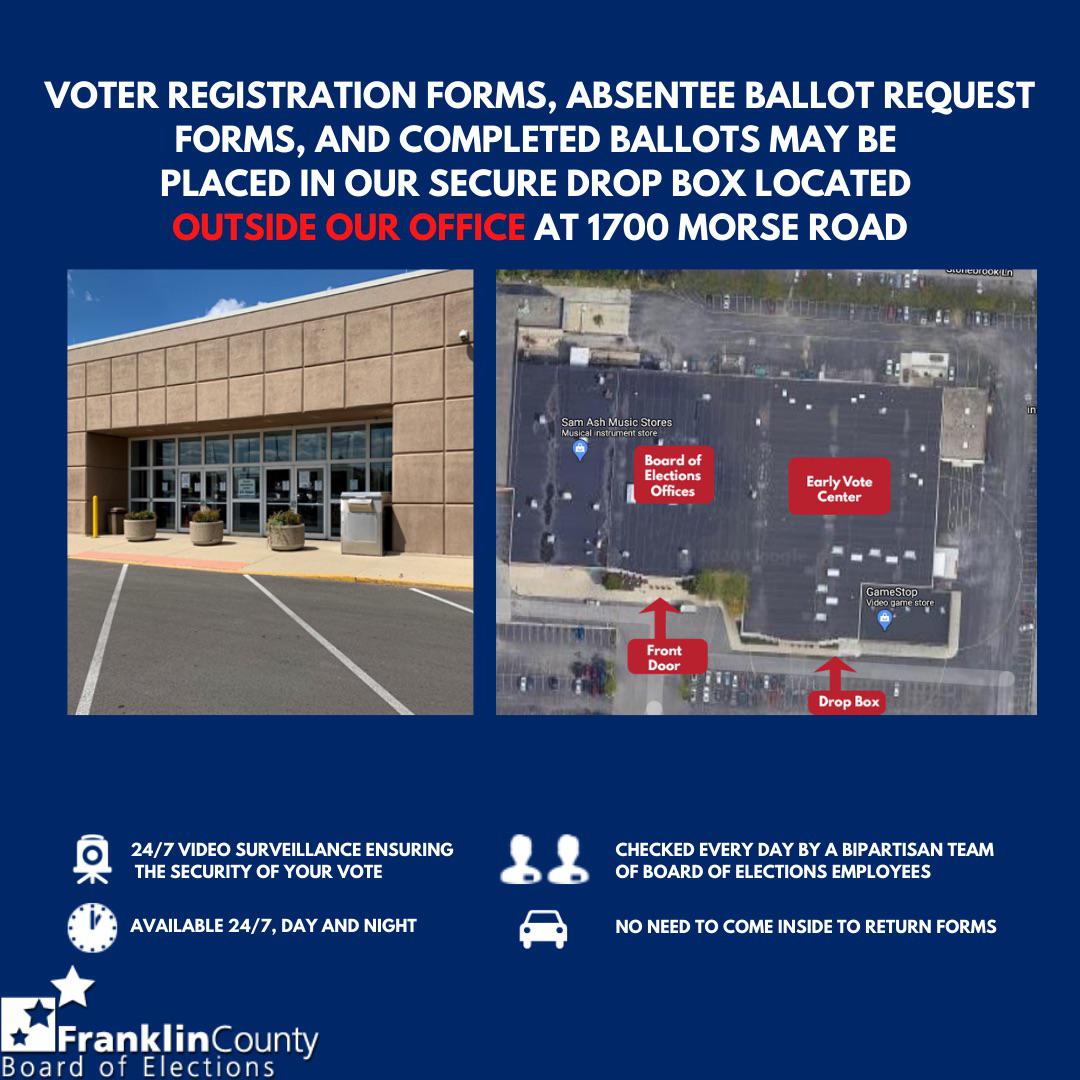 To learn more about early voting, you can visit the Franklin County Board of Elections website here. If you’re planning to head out and vote, don’t forget to make some lunch plans in the area.