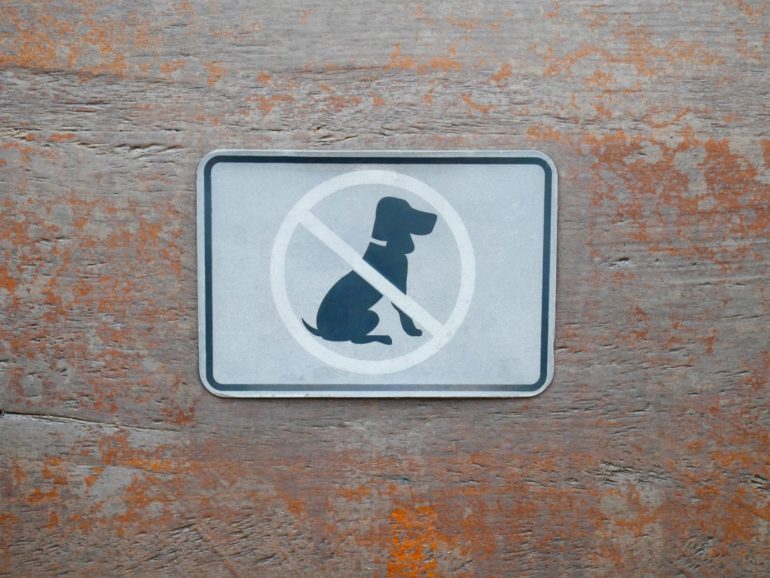 Should Dogs Be Allowed On Columbus Patios?

It looks like the City of Columbus is going to start enforcing laws that ban dogs from restaurant patios.

According to the Columbus Department of Public Health, canine companions are not allowed in food-service operation or retail food establishments.

The Ohio Uniform Food Safety Code Section 3717-1-6.4 states, “Live animals may not be allowed on the premises of a food service operation or retail food establishment.”

And this includes man’s best friend.

This means that all restaurants will have to start enforcing the rule or risk having their health code rating lowered or get a cease-and-desist order. Whether the establishment has had a pet-friendly policy, or hosts pet-friendly events to benefit local rescues, it’s got to stop.

We had previously told you about nine great bars to take your pupper to and sit on the patio.

But now many bars could stop allowing four-legged friends to obey the rule. Service dogs are permitted so long as they don’t contaminate the food.

Mary Hiser, Communications Manager at the Capital Area Humane Society, says that CAHS appreciates the donations that sometimes come from special events at Columbus’ bars, but they’ve got to do it at their own risk.

“I think everyone would just like to see a little bit more clarity,” she said in regards to the law. “What is it? Is it being enforced or not?”

The Columbus Public Health Department is a valued community partner of the CAHS. They play a major role in helping the Humane Society’s Cruelty and Investigations Department.

The CAHS is lucky to have a shelter that is open 7-days-a-week and a Mobile Adoption and Rescue Vehicle to help find their animals new homes. It’s the smaller rescues like Peace for Paws Ohio that really benefit from these patio adoption events. The adoption numbers at smaller rescues could take a serious hit if the law is enforced.

The Humane Society appreciates any businesses that host dog-night events where proceeds benefit them, but they don’t want to stir things up.

“It’s complicated and we’re just trying to make sure that nobody gets in trouble on our behalf,” said Hiser. “It’s really about people thinking that—you know—their pets are members of their family. When they go out for a drink or out for a walk, they’d like to be able to sit out on the patio with their pet.”

Some states have put the issue on the ballot.

California and Michigan have passed laws allowing restaurants to permit dogs onto their patios. Let’s put the issue on the ballot like Michigan, California, and the other states that have let the people decide.

A petition on Change.org has been started in favor of allowing businesses to decide whether or not to allow furry friends on patios.

I think that if a dog is well-behaved and minding his own business, it should be allowed to sit outside on a restaurant’s patio. Why not? It’s not like there aren’t thousands of other contaminates outside that could get into your food.

Unless Fido starts jumping up on the tables and rolling all over the plates, let him have a nice evening out with his owner. No one wants to be cooped up on a Friday night.

How do you feel about the rule? Are you pro pup? Or are you glad they’re going to start paying a little more attention to this rule? Tell us on Facebook and on Twitter!