5 Ways To Beat The Time Change This Weekend 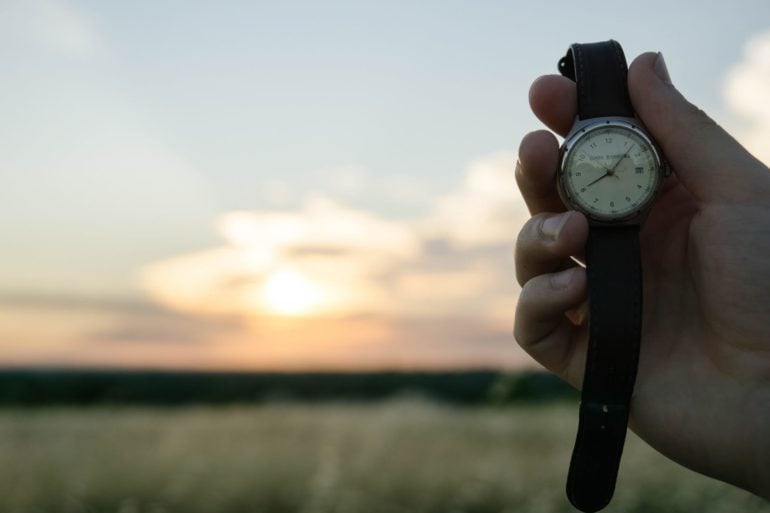 There are few things I despise more in this world than Daylight Saving time.

I’ve never been a great sleeper. I’ve always gotten either too little or way too much sleep, but nothing really throws a wrench into the gears of my internal clock quite like Daylight Saving Time. (Yes, it’s singular. I’m sorry we all had it wrong for so many years.)

Although almost everyone blames Benjamin Franklin and a random group of farmers for this unspeakable monstrosity, the fault lies entirely with British architect named William Willett. Willett thought that people were wasting perfectly good daylight and proposed that clocks be moved forward in April and backward in September to maximize natural light and reduce artificial lighting costs.

The idea took off during World War I, as countries were looking for any and every way to save money on energy costs.

Although it faced years of opposition (ironically from the farmers who are often blamed for this hot mess), the system has remained intact in the U.S. In 2007, President George W. Bush signed our current Daylight Saving time schedule into place and it’s been plaguing us ever since.

It’s not as hard to cope in the fall when you get “an extra” hour of sleep, but it can still do weird things to your body. Daylight Saving time sucks for so many reasons, but there are a few ways you can fight back.

If you’re lucky enough to have a flexible schedule, you can try to transition your body slowly over the course of the week.

If you have a schedule that is set in stone, you’ll have to power through the weird transition. Coffee will be your friend next week, because everything is going to feel a little off.

Resist the temptation to go to bed at 8 p.m. It will be dark outside for hours before you call it a night, so don’t give in and hit the hay too early.

Or you could be a total rebel, ignore Daylight Saving, and live your life on your own time.

But most importantly, don’t forget to enjoy the “second” 1 a.m. Normally I’d say go out and celebrate at a bar, but with COVID-19, maybe it’s just best to take the extra hour of sleep and call it a day.