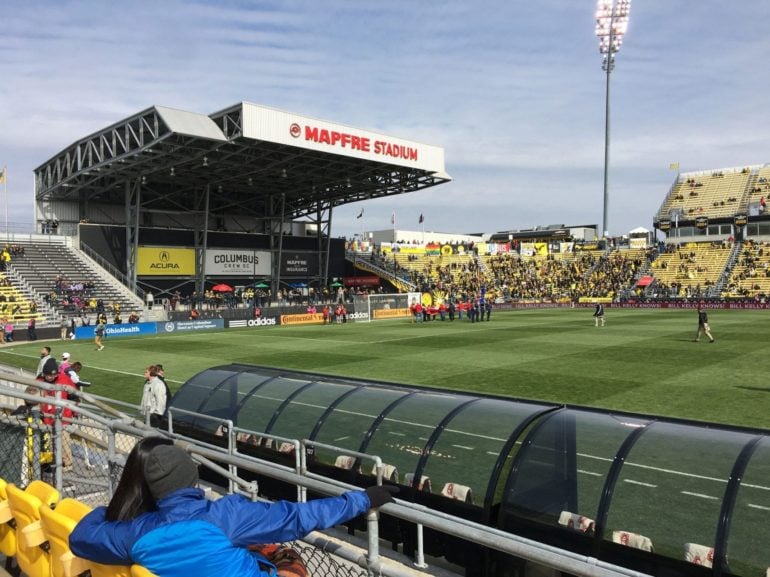 Crew SC Will Leave Columbus For Austin, Unless A Downtown Stadium Is Built

The news hit Columbus like a ton of bricks: The Columbus Crew SC will be leaving for Austin unless the city can come up with a new, downtown stadium.

Owner Anthony Precourt announced that the club will be looking for a new home in Austin, TX, as soon as 2019, unless a new stadium can be built here in the capital city.

“Despite our investments and efforts, the current course is not sustainable,” said Precourt.

Alex Fischer, the president and CEO of the Columbus Partnership, told Sports Illustrated that Precourt had declined offers to purchase 100% or 50% of the Crew by “a group of local business and community leaders in Columbus.”

“We met with ownership a month ago to discuss their stadium study and plans and ideas for a new stadium in Columbus,” Fischer told SI.com. “Those conversations turned up the fact that ownership had been in extensive conversations over the last number of months with leaders in Austin about a possible new stadium and moving the team there.”

The reaction from Crew SC fans varied from shock to outrage.

I will not support a fake Austin team @APrecourt

I will not support another @MLS team.

I am Columbus Til I Die. #CrewSC

This city, this club, and the supporters won’t be your scapegoat, @APrecourt. We refuse. #CrewSC

Gutted over the #CrewSC news. How can you rip an original MLS team out of Columbus, and over a stadium? Crew fans are one of the most loyal fan bases in soccer, and you’re just going to take our team away like that? #SaveTheCrew pic.twitter.com/VEoBuIH4t9

MAPFRE Stadium was the first ever soccer-specific stadium in the United States. It was built in 1999. To Precourt, it’s no longer an acceptable place to house the club.

“The stadium site itself is of paramount importance and we recognize that private funding will be key in any stadium solution,” Precourt said.

Precourt believes that Austin has something that Columbus doesn’t. “This Club has ambition to be a standard bearer in MLS, therefore we have no choice but to expand and explore all of our options,” said Precourt. ”

This includes a possible move to Austin, which is the largest metropolitan area in North America without a major league sports franchise. Soccer is the world’s game, and with Austin’s growing presence as an international city, combined with its strong multicultural foundation, MLS in Austin could be an ideal fit.”

Precourt wrote a letter to Crew SC Season Ticket Holders this morning thanking them for their support before saying that the long-term sustainability of the club is in jeopardy here in Columbus.

Part of the challenge of Precourt’s demands is figuring out the “where”. Where would the city put a brand new soccer stadium? NBC’s Matt Barnes had one idea.

If #CrewSC want to move downtown, here's a plot of land that would work I think. But I don't get the vibe Precourt is trying that hard pic.twitter.com/gG0rh46GHq

Ultimately, there aren’t many options to convince Precourt to keep the Crew SC here. I have a feeling that won’t stop Columbus from trying.

Columbus til I die, am I right?