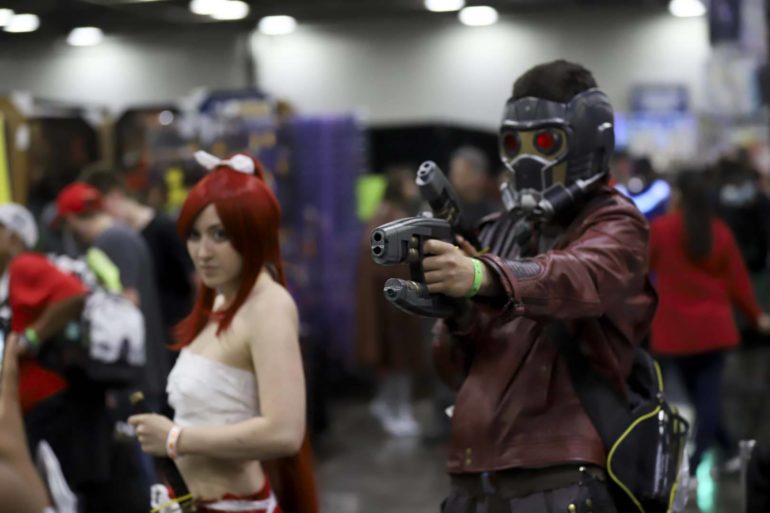 Well, my fellow nerds, another Wizard World Comic Con has come and gone.

I’m proud to say that I had the opportunity to check a lot of geek boxes this weekend. I shook hands with The Fonz himself, Henry Winkler. I talked about cool Columbus stuff with Thomas Ian Nicholas. I had an amazing conversation with Billy Boyd where he tested my pronunciation of Scottish cities, drew a super cool stick figure of my husband, and we squared off in an epic match of Tic-Tac-Toe. In case you were wondering, 13-year-old me was totally geeking out.

It was very much a weekend to remember. And of course, chatting it up with celebs (who really are JUST LIKE US) was super amazing. But there was one thing I enjoyed even more: the other fans. I met so many people this weekend who were just happy to be there, geeking out over the same stuff I was geeking out over and having a great time.

The thing you have to realize about going to a con is that everyone is just there, living their truth, and letting their geek flags fly. It’s freeing and welcoming and a great place to spend the weekend, even if you do end up catching the infamous con-flu.

There were some amazing cosplays at this year’s event. I took so many photos of great costumes and characters that it would probably break your computer if I included them all. So I’ve done the work and got this narrowed down to the most amazing cosplays I saw all weekend.