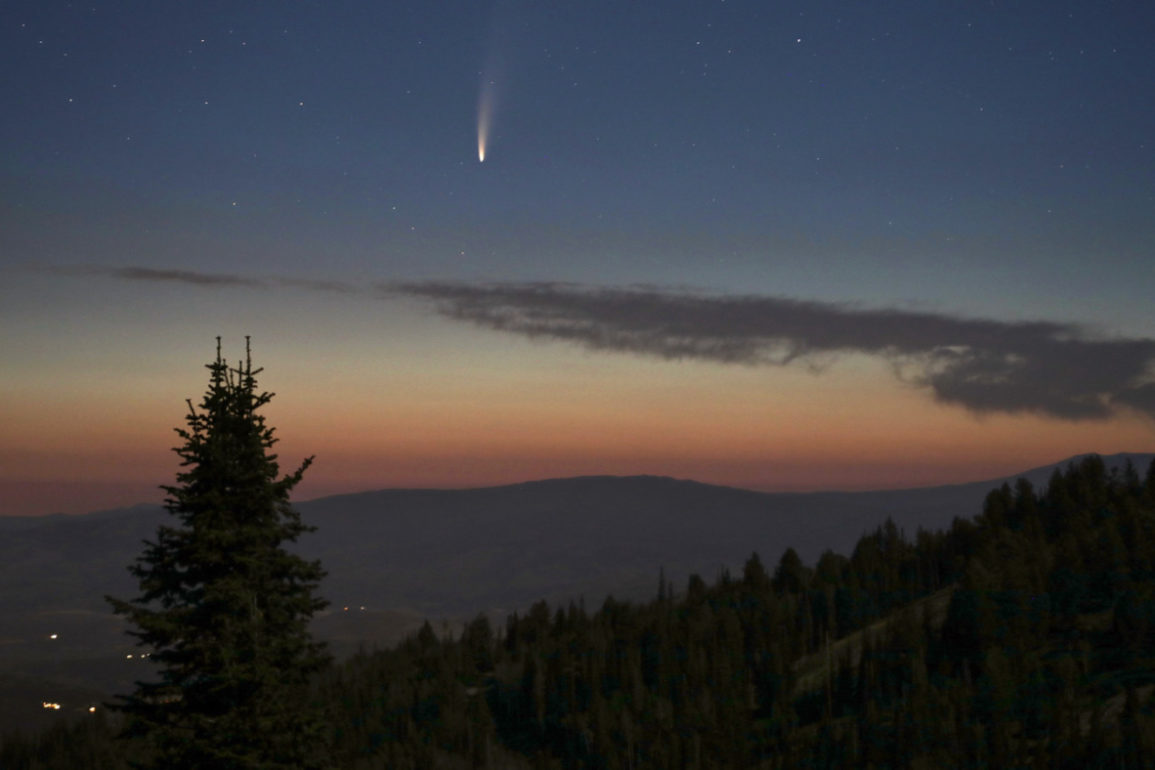 2020 has thrown a lot of crazy stuff our way, but I’m happy to say that it’s also giving us something spectacular.

NEOWISE, a three-mile wide comet, is lighting up skies around the world. The comet’s official name is C/2020 F3 and viewing it is truly a once-in-a-lifetime experience. NEOWISE won’t be visible from earth for another 6,800 years.

Although NEOWISE isn’t considered a great comet, like the famous comet Hale-Bop, it’s still viewable with the naked eye which makes it pretty special.

You’re most likely to spot the comet in the evening skies. You’ll want to start your stargazing about 30 minutes to an hour after sunset and direct your attention to the northwestern horizon as twilight fades. Unlike Hale-Bop, this comet won’t stick around very long. You’ll only be able to see it until the end of July.

Light pollution is a huge factor anytime you’re planning to take a peek at the cosmos. Luckily, there are several places a short distance from Columbus that have better visibility than the city. Hocking Hills, in particular, has fantastic conditions for viewing right now.

Before you head out to see NEOWISE, you should take advantage of resources like Clear Dark Sky and Dark Site Finder to give yourself the best shot at finding a location with good visibility.

On Wednesday, July 15, NASA experts will be answering public questions about NEOWISE during a broadcast of NASA Science Live. You can watch the special on the NASA website or on YouTube

The discussion participants include:

For more information about NEOWISE, you can visit NASA.gov.