Two Columbus Students Will Be Competing On American Idol This Weekend 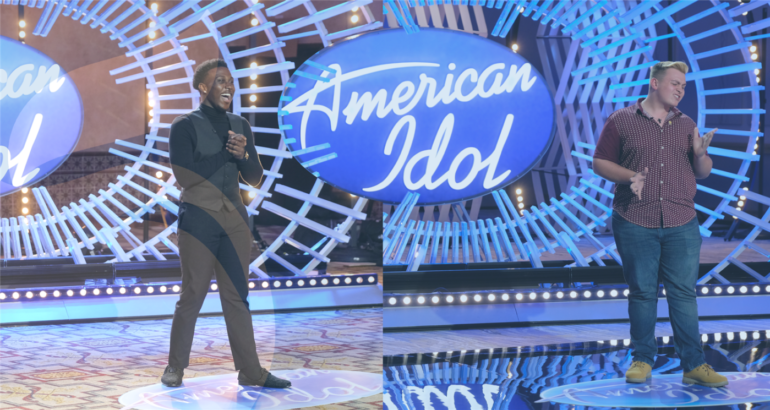 On Sunday, two Columbus City Schools students will be putting it all on the line and auditioning for American Idol.

16-year-old Tryzdin Grubbs and 20-year-old Deshawn Goncalves are both hoping that their voices will earn them a golden ticket straight to Hollywood to compete for American Idol.

“Auditioning for American Idol has been a dream of mine since I was eight years old,” said Grubbs, a sophomore at Fort Hayes Arts and Academic High School. “I think this is one of the many doors God has opened for me. I am taking that chance and never looking back. Through a lot of negativity and bullying, I have succeeded. I have a gift, and I want to share it with everyone.”

“It was kind of surreal being there because I’ve dreamed about it for so many years,” Goncalves, a 2019 East High School graduate, said. “I’ve watched [’American Idol’] since I was a child, so to be in the room with those people, the judges, and share my gift was kind of unreal.”

Both Grubbs and Goncalves auditioned for American Idol earlier this year in California, but they can’t disclose whether or not they got a golden ticket until their auditions airs on Sunday. Both students shared their appreciation for teachers and coaches at Columbus City Schools who helped prepare them for this moment.

“I have had so many people in my life that have influenced my singing,” said Grubbs. “My parents, of course; my elementary school music teacher, Ms. Kadie Renee; middle school choir teacher Ms. Susan Angle; and my high school choir teachers Mrs. Alexandria Uhlir and Dr. Martha Tepper as well as Dr. Tony Anderson.”

“Deshawn is an incredible talent with a wonderfully humble spirit,” said Dr. Tony Anderson, Assistant Principal at Fort Hayes Arts and Academic High School. “He is an old soul, and that musical knowledge coupled with his personality will serve him well.”

Both of the competitors have been singing since a young age and we’re so excited to see these young men share their gifts with the world. Columbus will be rooting for you gentlemen!