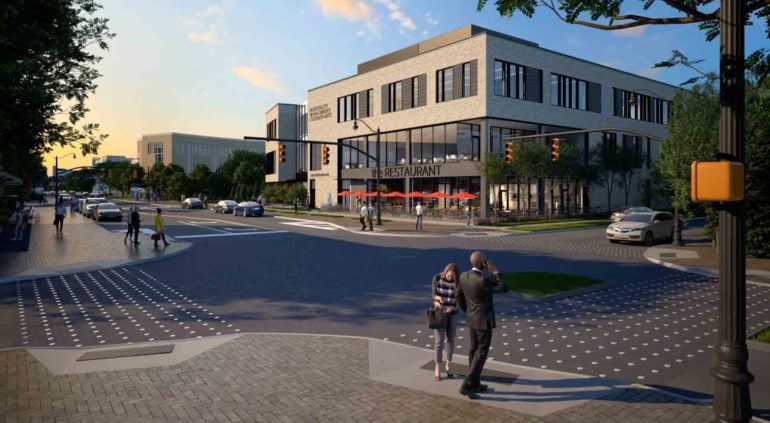 Things at Columbus State are about to get culinary.

The college announced a $33 million gateway building project that will house the school’s culinary and hospitality program. Cameron Mitchell Restaurants is making a big impact, donating $2.5 million to the campaign.

The facility, located at 250 Cleveland Avenue, will be funded by a $10 million philanthropic campaign, $10 million in state capital funding, and project financing secured by the school.

“It is an incredible honor to give back to the community that has embraced our company for 25 years and provided the foundation for thousands of our associates to build meaningful and rewarding hospitality careers,” said Cameron Mitchell, CEO and founder of Cameron Mitchell Restaurants in a press release.

“This project will elevate Columbus State’s already outstanding programs to a level consistent with Columbus’ growing reputation as a culinary and hospitality center.”

The building will be called Mitchell Hall, due to the years of support that Cameron Mitchell and CMR have given to the college.

“The new Hospitality Management and Culinary Arts building will serve as a new front door to Columbus State and a development driver in the Discovery District’s ‘Creative Campus’ neighborhood,” said College President David Harrison. “We are proud to take our service to the community to the next level by introducing this asset, which will offer significant benefits to the public.”

Coming in at 80,000 square feet, the building will have three floors and will include a 100-seat sit-down restaurant and bar, staffed by students and managed by professionals. There will also be a 400+ banquet/conference center and a beautiful balcony overlooking downtown and a small cafe.

This is the first major project for Columbus State since 2006. The college will break ground this spring with projected completion by fall 2019.