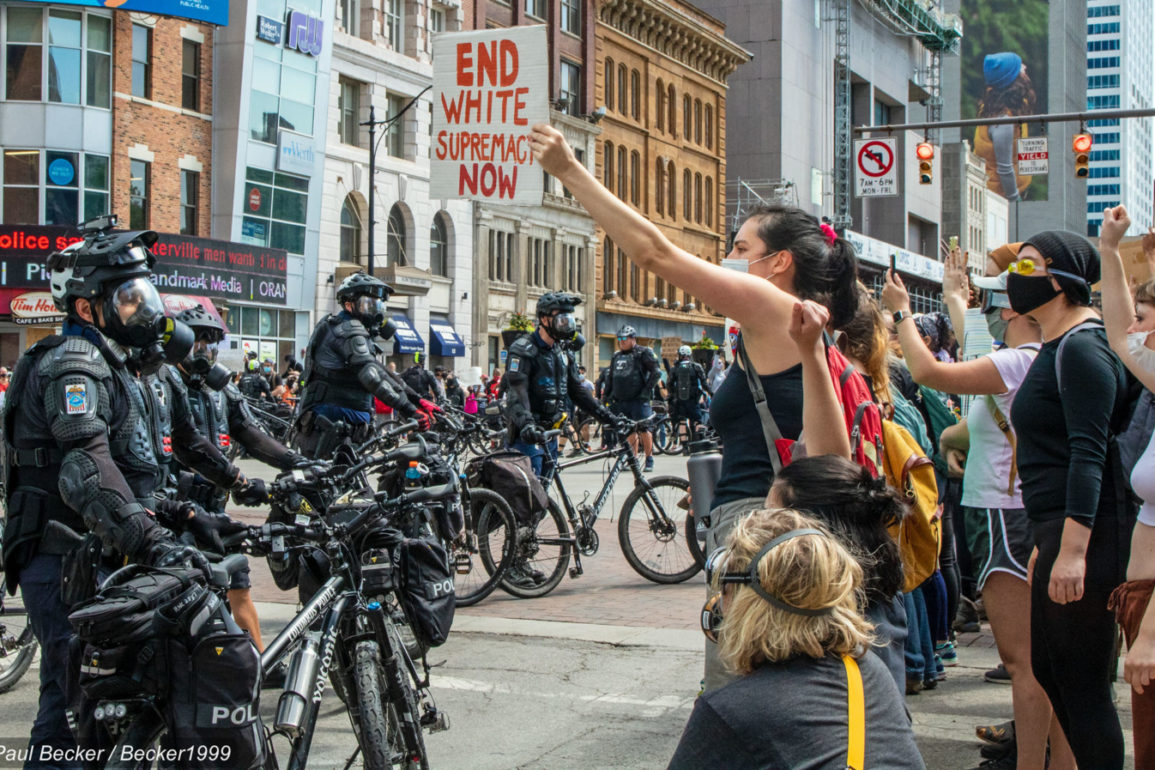 An independent report on the response by Columbus city officials and police to last summer’s protest has been released.

The report found that not only is there a distrust of police in the Black community, but that there is also a rift between city and police leadership. The 111-page report found that the city was unprepared for the “size and energy of the protests” that started back on May 27, 2020.

It set out with three purposes: To document interactions between community members and law enforcement, evaluate the city’s preparation and response to the protests, and generate recommendations on how to improve performance.

“We believe that it is critically important that the city of Columbus and the Columbus Police Department address underlying community distrust,” said Frank Straub, director of the Center for Mass Violence Response Studies at the Police Foundation, at a press release on Monday.

The report found that the city was unprepared for the “size and energy of the protests that began” on May 27: There wasn’t a plan for how to handle this type of protest and once protests began, there was a lack of coordination and communication between city leaders and little consistency between how various officers in charge handled the situations.

Most notably, the review found “a large rift between CPD and the community, particularly communities of color. There is distrust, anger, and fear directed towards the police that not only undermines the basic functionality of the criminal justice system, but also sows seeds for future, conflictual protests.”

The key recommendations of the study include:

City officials responded to the independent report, including Columbus City Council President Shannon G. Hardin and City Attorney Zach Klein. You can read their statements below.

“I firmly believe that it is our responsibility as leaders to hold ourselves accountable to the residents of Columbus. This honest, objective assessment of where we have fallen short, as well as what we did correctly, is a tool for us to make real progress. I hope the independent research and recommendations can serve as an opportunity for us to continue to make necessary changes to our policing protocols and city responses to bring fairness and safety to all members of our community.”

“This report helps Columbus protect residents’ first amendment rights and physical safety, giving clear direction for changes to policy and practices in public safety and government oversight of police. It’s no secret that the police response was heavy-handed during the protests of 2020, and Council is proud that we’ve already passed a package of reforms. The City must do better, and this detailed report gives tangible recommendations on ways to improve training, communications, use of force and operational practices to protect residents and officers. We all want safe, peaceful protests to be allowed in Ohio’s capital.”