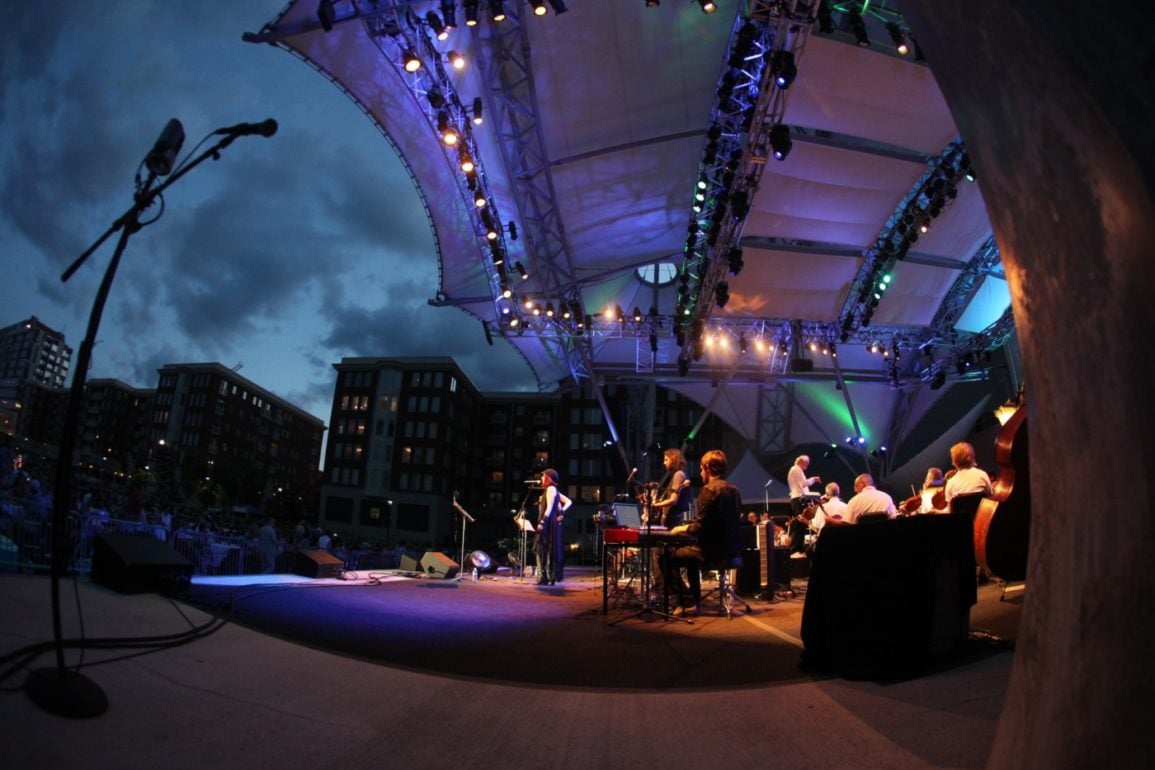 Picnic with the Pops. Photo by Terry Gilliam.
Arts

This summer, Picnic with the Pops will be back on the stage at the John F. Wolfe Columbus Commons.

“We have taken great pride in being here for the community throughout the pandemic. Picnic with the Pops and Popcorn Pops will give us exciting opportunities to celebrate returning to being together,” stated CSO Executive Director Denise Rehg. “Our patrons can be assured of adherence to the most current safety protocols as provided by the CDC and the Columbus Health Department. We are looking forward to a great summer and being here for our community. Come celebrate, relax, and enjoy!”

The 2021 season lineup for both Nationwide Picnic with the Pops and Popcorn Pops have been released. Tickets to both series will go on sale Monday, May 24, at 10am. All concerts are held at Columbus Bicentennial Pavilion (160 S. High St.) in the John F. Wolfe Columbus Commons. Gates open at 6 p.m. and concerts begin at 8 p.m.

Stuart Chafetz, conductor
Performed by the Columbus Symphony and amplified with a full rock band, this symphonic rock hybrid captures Queen’s distinct sound with lots of new musical colors. Includes music from Classic Queen, A Night at the Opera, The Works, and many more.

Stuart Chafetz, conductor
Handpicked by Billy Joel to star in the hit Broadway musical Movin’ Out, Michael Cavanaugh received both Tony and Grammy nominations for the role. Named “the new voice of the American Rock and Roll Songbook” by Billboard, Cavanaugh’s The Music of Elton John features the greatest hits of the legendary singer/songwriter including “Your Song,” “Rocket Man,” “Bennie and the Jets,” “I’m Still Standing,” “Tiny Dancer,” and many more.

Stuart Chafetz, conductor
The Columbus Symphony continues its grand summer tradition celebrating the Fourth of July with an evening of patriotic favorites and rousing Sousa marches. Enjoy the smooth stylings of award-winning guest vocalist N’Kenge, plus the time-honored performance of “The Stars and Stripes Forever” and a brilliant display of fireworks!

Recognized as one of the top five highest-selling American female music groups in history, En Vogue has sold more than 20 million albums and effortlessly transitioned into the digital age, garnering more than 30 million streams and 26 million YouTube views on smashes such as “Hold On,” “Free Your Mind,” “Never Gonna Get It,” “Giving Him Something He Can Feel,” “Don’t Let Go,” and “Whatta Man” (featuring Salt N Pepa).

Lawrence Loh, conductor
From “When a Man Loves a Woman” to “How Am I Supposed to Live Without You” and more, Michael Bolton’s time, love, and tenderness have created the soundtrack of our lives. Join the Grammy Award winner for a musical journey through pop, rock, soul, standards, and classical especially arranged for symphony orchestra.

Stuart Chafetz & Dr. Christopher Hoch, conductors
Don the scarlet and gray and celebrate the coming season’s gridiron clash with the Columbus Symphony and “The Pride of the Buckeyes.” Don’t miss the biggest tailgate party of the year with “The Best Damn Band in the Land” and fireworks!

General admission lawn tickets are $36.75 in advance (online or by phone) or at the gate. If you’re sitting on the lawn, you are encouraged to bring blankets or chairs to sit on. You are also able to bring your own food and beverages, and for Picnic concerts only, patrons are allowed to bring their own beer and wine.

Of course if you’d like to get a little fancy, you can purchase a table. There are tables of 10 available for purchase, ranging from $578-$893. There are also a small number of tables of four available. Catering is available for all tables.

Ready to start planning your summer concert experiences? Visit the Picnic with the Pops website here.