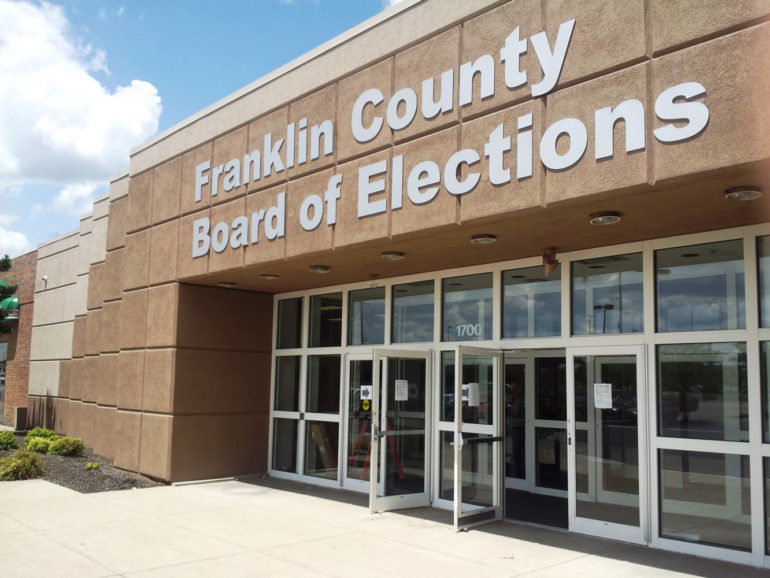 As we head into Election Week, it’s important to take time to make sure you’re informed about what’s on the ballot.

Elections, at every level, are opportunities for us to be engaged and knowledgeable about the candidates and ballot measures that will impact our lives. If you haven’t voted yet, you can easily view a sample of your ballot on the Ohio Secretary of State website or via the Franklin County Board of Elections.

The Ohio Supreme Court elections could change the balance of the court. For the first time since 1993, Democrats could gain the majority if Republican incumbents Sharon Kennedy and Judi French lose to Democratic challengers John O’Donnell and Jennifer Brunner.

Franklin County Prosecutor will also be on the ballot on Tuesday. Long time incumbent Ron O’Brien (R) is facing off against retired Judge Gary Tyack (D) for the position. In his 20+ years as Franklin County Prosecutor, O’Brien has had few challengers. Although Tyack recently suffered a stroke, he says that he’s already begun rehabilitation and expects to be at nearly full strength by the time the term would begin.

Major issues on the ballot this year include Issue #1, Issue #2, and Issue 24.

Issue #1- Electric Service Aggregation Program – City of Columbus
The City of Columbus is proposing electric aggregation. Electric aggregation is a process where the city pools residences and small businesses as a group buyer to increase purchasing power. If passed, the city will develop a detailed plan, including a commitment to 100 percent renewable energy and to encouraging the development of renewable-energy facilities.

Issue #2- Civilian Review Board – City of Columbus
If passed, Issue 2 will be a charter amendment that creates a Civilian Police Review Board (CPRB) that consists of members from diverse communities around the City of Columbus. The board would operate independently of the Columbus Division of Police and have the authority to launch and carry out investigations of alleged police misconduct, subpoena testimony and evidence during the investigations, and make recommendations to the Division of Police. Funding for the board will be included in the charter amendment.

#24- Proposed Tax Levy- Franklin County
Issue 24 is a 2.2 million renewal property tax levy that will provide funds for the Franklin County Alcohol, Drug Abuse, and Mental Health Board. This would be a .65 million increase and if passed, the levy would commence in 2021. This proposed levy would cost a homeowner $89.93/$100,000 of home property value per year.

For a more in-depth, nonpartisan summary of the issues on the ballot, you can visit the League of Women Voters of Metropolitan Columbus.

To ensure the health and safety of voters and poll workers, personal protection equipment will be available at all Franklin County polling locations. 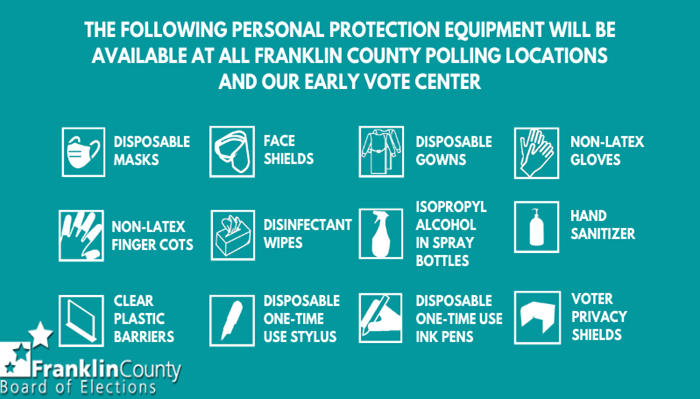 Voting is important every year, and 2020 is no exception. For more information about finding your polling location or viewing a sample ballot, please visit the Franklin County Board of Elections website.