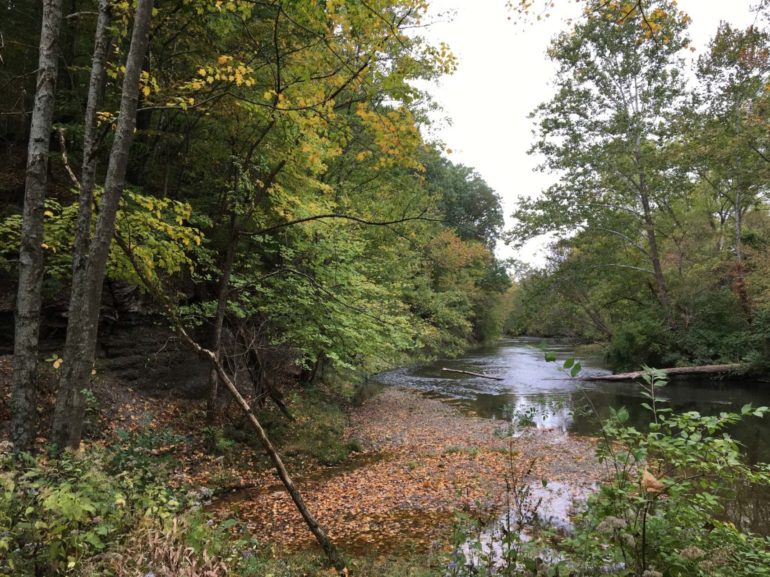 This past Wednesday, Friends for Parks hosted a public launch event for their campaign efforts to pass the Columbus and Franklin County Metro Parks levy at Scioto Audubon Metro Park.

Metro Parks’ leadership, advocates, and partners spoke to the public about the upcoming levy and shared how the Columbus and Franklin County Metro Parks have impacted them and their communities.

The Columbus and Franklin County Metro Parks Levy is going to be on the ballot as Issue 3 for the November 6th, 2018 election. Voters will see a .95 mill levy that represents a renewal of the existing levy intended to pay for three new parks, including the much anticipated Quarry Trails Metro Park, 50 miles of new trails, and expanded programming.

The mission of Metro Parks is to conserve open spaces while providing places and opportunities that encourage people to discover and experience nature. Jim McGregor, President of the Metro Parks Board of Commissioners, said, “While Metro Parks has grown from the 113 acres and few miles of trails at Blacklick [Woods] in 1948 to more than 27,000 acres and 230 miles of trails and greenways in 2018, comprising of 19 parks, we have not wavered from that mission.”

Metro Parks has a very solid track record of delivering on the promises made to Franklin County residents. Commitments made to voters in 2009 included opening four new Metro Parks, constructing 50 miles of new trails while assuming operations for 90 miles of existing Greenway trails, and conducting over 36,000 free programs for children and adults.

Tim Maloney, Executive Director of Columbus and Franklin County Metro Parks, spoke about Metro Parks’ mission, vision, and values saying, “Our Metro Parks get 11 million visitors a year… but Metro Parks isn’t always about the big, sometimes it’s about the ‘one’. And the one, sometimes, is so much more powerful than the 11 million. We can never forget, we need to tell our stories. What we do, why we do it, and how we do it.”

Metro Parks attendance has increased by 44% over the past decade. With an anticipated growth of 500,000 to 1,000,000 new residents in our central-Ohio community by 2050, visitors to the Columbus and Franklin County Metro Parks system is only likely to increase. According to Friends of Metro Parks, Issue 3 is seeking additional funding for Metro Parks to renovate, improve, and modernize the parks they currently operate and maintain.

For more information regarding the Metro Parks levy, please visit the Friends for Parks website.