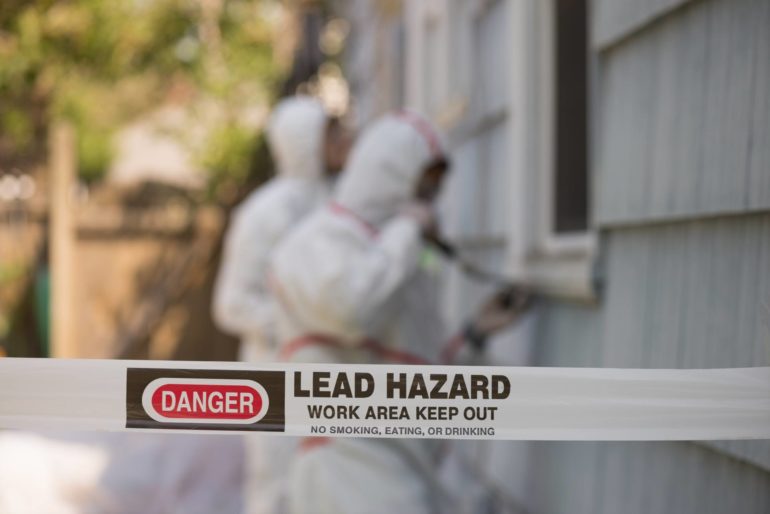 Columbus leads the state in houses forcefully vacated because of poisonous lead exposure.

In the latest act of urban malice perpetrated by Columbus slumlords, more than 50 properties have been deemed uninhabitable because of lead paint levels found in homes. City officials are preparing to file court grievances against them after the landlords did nothing to abate the lead, some for years after they received notice.

In a 2017 report, approximately 500 homes have been deemed unlivable due to lead in the state of Ohio. Out of those 500 properties listed, Columbus has more than any other city in Ohio. While some see it as a failing on the city level, some say that the city’s higher numbers are due to more stringent lead testing.

However, the stark reality is that in most cities lead isn’t really tested in homes until a living occupant has been tested positive for lead sickness. Unfortunately, a majority of the time this means children, who are at the highest risk of being affected by lead poisoning. Some of the milder symptoms of repeated exposure include abdominal pain, kidney dysfunction, anemia, and headaches, just to name a few.

Long term symptoms are even worse and can be proven challenging or even impossible to reverse.

Because children are still developing, their brains and physiology are more vulnerable to permanent damage. The chronic poisoning can lead to a lower IQ, learning difficulties, and even growth delays. Some studies have even gone so far as to lay the fluctuation of citywide crime rates squarely at the feet of lead exposure. The studies followed trends of lead use and removal, noting how they matched up perfectly with the rise and fall violent crimes.

Whether or not crime rates can be neatly explained away by lead exposure, everyone agrees that the substance itself is detrimental to residents, especially children. One thing they can’t seem to agree on, however, is in how to enforce it legally. In an amended state budget bill proposed by Republican Representative Derek Merrin, the ability to regulate and address lead contamination would be wrested from the hands of local government and would instead be controlled by the state. Merrin, himself, is a rental property owner.

While city and state governments squabble over how best to govern the issue, the problem still remains.

We’re still using our children as canaries in a coal mine rather than requiring property owners to test for the poisonous substance.

The price of lead abatement and removal can cost anywhere from $800 – $10,000 according to houselogic.com, a hefty sum to be sure, but it’s a responsibility that landlords and property managers are required legally and morally to ensure.

If landlords refuse to fork over the money to make their rental units livable then they simply don’t deserve those properties. If maintaining all of those properties becomes burdensome and infeasible then perhaps greedily seizing up land and assets was the problem in the first place. Perhaps they should simply own within their means.

It’s a concept we constantly apply to the poor, to the desperate who are just scraping by on food stamps and public assistance. We eye their pre-paid smartphones suspiciously, we question why their mediocre car isn’t a rusted out Cavalier, as if we honestly expect them to be wearing a burlap sack rather than actual clothes. But when it comes to the higher echelons of class in our society, we’re oddly quiet in questioning their restraint, despite their obvious legal and moral failings.