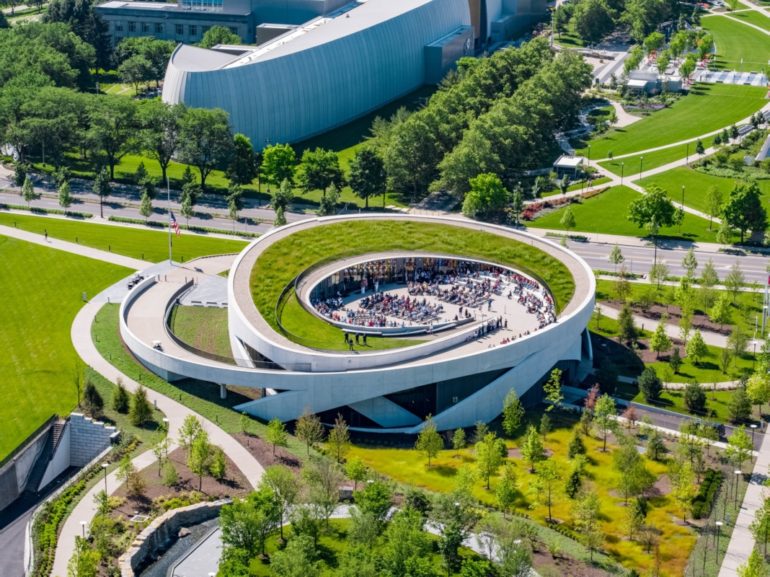 These Are The 5 Finalists For The 30th Annual James B. Recchie Design Award

Look out, Columbus. We’ve got a full blown excellence alert.

Columbus Landmarks Foundations announced the five finalists for this year’s James B. Recchie Design Award. This is the 30th year the award has been given out. The award honors excellence in “urban design reflected in historic and new buildings and places, additions to existing buildings, parks, public spaces, and public art.”

The finalist projects are being celebrated for their character and for the improved quality of life they help offer in Columbus. Past winners of the James B. Recchie Design Award include several of Columbus’s most iconic landmarks, including Nationwide Children’s Hospital, Columbus Museum of Art, The Scioto Mile Bridge, and the Lincoln Theatre.

There are 5 criteria that must be met in order for landmarks to be considered for the award: the Creativity of Design, Context, Quality of Materials and Craftsmanship, Contribution to the Urban Environment, and Timelessness.

Here are the five finalists for the 30th James B. Recchie Design Award.

Columbus Main Library Renovation & Addition
Owner: Columbus Metropolitan Library
Architects: Schooley Caldwell; GUND Partnership
Landscape Architect: MKSK
About: Major features of the renovation include the connection, both visually and physically, with the Topiary Garden, creation of a two-story flexible reading room and public gathering space, the introduction of natural light throughout and view of the outside from within, and connections to and renovation of the historic Carnegie Library building.

Pomerene Hall Renovation
Owner: The Ohio State University
Architects: Acock Associates
Landscape Architect: MKSK
About: Originally designed by University Architect Howard Dwight Smith, the building was completed in 1922 and served as the first Women’s Union and Recreation Building at the Ohio State University. Now, the renovated Pomerene Hall will be the home to three users, Translational Data Analytics, History of Art, and the Mirror Lake Eatery. From the careful rehab of the historic building to the major addition designed to go with it to a modern atrium, the newly updated Pomerene Hall is a work of art.

The View on Grant
Owner: View Properties
Architect: Jonathan Barnes Architecture & Design
About: Through extensive rehabilitation and creative new construction, The View on Grant is now the site of 86 residential units. The project retained the industrial and historic qualities of this 1902 building, while incorporating modern elements like the cantilevered rooftop addition. In addition to the residential units, the site also houses a coffee shop and a 41-spot indoor parking area.

The five finalists and the winner of the award will be celebrated on Thursday, October 17. The winner will be named at the event, which will also feature hors d’oeuvres and a cash bar starting at 5:30 p.m. At 6:30 pm., there will be a Salute to CAPA’S 50th Anniversary + Recognition of Finalists and the announcement of this year’s winner. The evening will close with dessert and a toast at 7:30 p.m.

The awards reception will take place at the Ohio Theatre Galbreath Pavilion at 39 E. State St. Tickets are $60 for non-members and $50 for members. For more info about the event, you can visit ColumbusLandmarks.org.