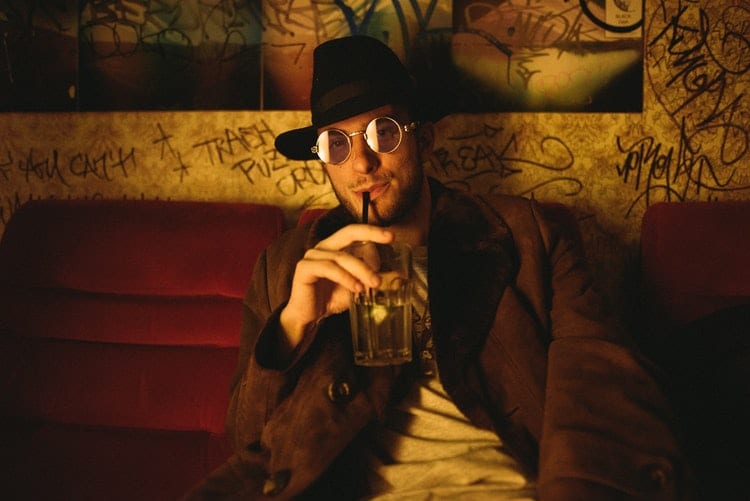 It’s come to my attention that our last safari exploration of “The Columbus Hipster” didn’t quite capture the entire zoological family that can be the Central Ohio Beatnik. There’s a reason for that. And that reason can be literally summed up in the phrase, “oh my God, there’s so many, are you kidding me??” This city has two leading exports: Buckeye fans that literally infest every state in the U.S. (there are Buckeye bars everywhere and it’s actually pretty friggin’ sweet) and malcontented artsy people: AKA hipsters (myself included, trust me). They’re both figuratively (and often literally) falling out of every coffee shop and craft grocery store in the tri-county area. But breathe easy my friends, and get those “very choice”, all organic, limited edition, coffee scented mason jars at the ready. We’re diving back in to explore more of the commonly exotic in another of tour of The Columbus Hipster.

We want to make fun of the elbow patches on their cardigan. We want to call their oldschool wooden pipe stupid and that their duckbill cap is an idiot’s garment for golf players and weird British people. But the fact of the matter is, most of the time the kid is actually kinda pulling it off. You see them in public places all the time. Resting casually and reading a vintaged leather covered tablet that they’re calling “a book”. The messed up thing is that they actually look pretty cool all dolled to the nines in their old professors get up. That’s until they actually start to talk and you realize that, semi-authentic personal apparel isn’t a workable substitute for an actual personality. And duckbill caps are obviously stupid… Right?

Shady but numerous, The Chameleon tries their best to blend into any group or social situation. You can find them doing that weird arm-flailing dance thing with the Neo Goths, or doing dated pop culture dance moves like the Dougie to ingratiate themselves with the Hip-hop Heads. The Chameleon thrives on appropriation but is generally well meaning and essentially harmless. That doesn’t mean you won’t get a good cringe or facepalm every once in a while when you see them try Whip, Dab, or Nae Nae in public. It’s… unsettling to say the least.

Hey, you know that thing that you know that you think you know a lot about? You know, that obscure thing? Well, Obscura knows way more about it than you. Not only that but everything you’ve ever wanted to know? Yeah, they got that too. More importantly, everything you’ve never cared about is the thing they majored in at college. But the fact of the matter is, they really just heard about a thing from another thing, googled the heck out of that thing, got their masters from Wikipedia and, boom: they’re about to write a blog post about, well, that thing. Which, I’m sure, none of us here have ever done.

This first thing you should know about the Lit Punk is while, yes, theoretically almost everyone reads books, the Lit Punk consumes them, swishes them around in their mouth for a bit, and then spits them back out on their own personalized blog they use to decimate everyone else’s favorite books. They are a literary gourmand that hates everything that everyone else has ever written. Take Gordon Ramsay and Simon Cowell, make a very angry British clone of them and them give them glasses, an infatuation with wearing the color gray, and very strong negative opinions about the works of Jean-Paul Sartre and viola– The Lit Punk. I mean, what kind of person would feel so strongly about an anti-humanist French existentialist who was as self-important as he was pompous and overrated?…. WELL HE WAS OKAY.

You see them all over the side of the roads in Columbus. They’re usually sporting a 5-panel cap with an obscure west coast designing logo, hiked up jeans, and a sling strap backpack with no less than 83 pockets and compartments that all have absolutely nothing in them. Their bikes are their pride and joy, tricking them out with all sorts of mods and accessories. We’re talking LED lights, wheel pegs, a rear alloy rack, cellphone charger, 8 inch rims, dual subwoofers, an onboard navigational computer, and a keurig for that early morning ride. It’s enough to make Xzibit shed a single tear of approval.

This Gran Torino is literally the Slurms McKenzie of silver foxes: cooler than cool and ice cold (so many super cool references there you guys, take your time, really chew on it). Don’t let those winter grays fool you, they’re rocking full sleeve tats with the deep V to match. Do yourself a favor and strike up a convo with hipster Santa. Unlike their reversed aged counterpart they actually have a bunch of cool things to talk about and aren’t generally monosyllabic. Sure they look older, but they know whats up and they talk a good game. Just don’t get stuck trying to help them out with technology stuff. Unless it’s me. I desperately need to figure out why my keyboard won’t work. Also if anyone can explain the actual point of the last Star Wars movie, I’d be all ears.

Okay, this one is a bit controversial, mostly because Sneaker Heads don’t consider themselves a part of the hipster genus. A fact that, most swaggerologists agree, is the leading trait in most urban hipsters. Sneaker Heads frantically search out the freshest and most on-point kick-wear they can find. Often times putting themselves in mortal and financial terror just to get the cleanest kicks in their friend group. Whether it’s scowling the internets for name brand sneakers or dungeon crawling The Lost Forbidden Ruins Once Known As Eastland Mall, they’ll search high and low to get their Indiana Jim Jones on (The rapper, not the cult leader, I’m not THAT dark).

Look, relax Tom Cruise’s of Columbus. No one is going to call your top-knot cultural appropriation. Mostly only because you look incredibly stupid and it’s way funnier to make fun of it than anything else. We all saw Jerry Maguire in the Japanese Dances With Wolves movie and I’m sure we all thought it looked at least a little dope. But here’s the thing, most of us weren’t in Risky Business and we can’t pull off all that Cocktail swag like TC can. You mostly look sad and upset and, if we’re being honest, VERY hungover and didn’t want to wash your hair. Which is fine, but a rubber band isn’t going to undo last night’s karaoke rendition of Sureshot by the Beastie Boys my guy.

*Note to editor: Nothing about this was self deprecating at all. It’s just-… is anyone else hot?