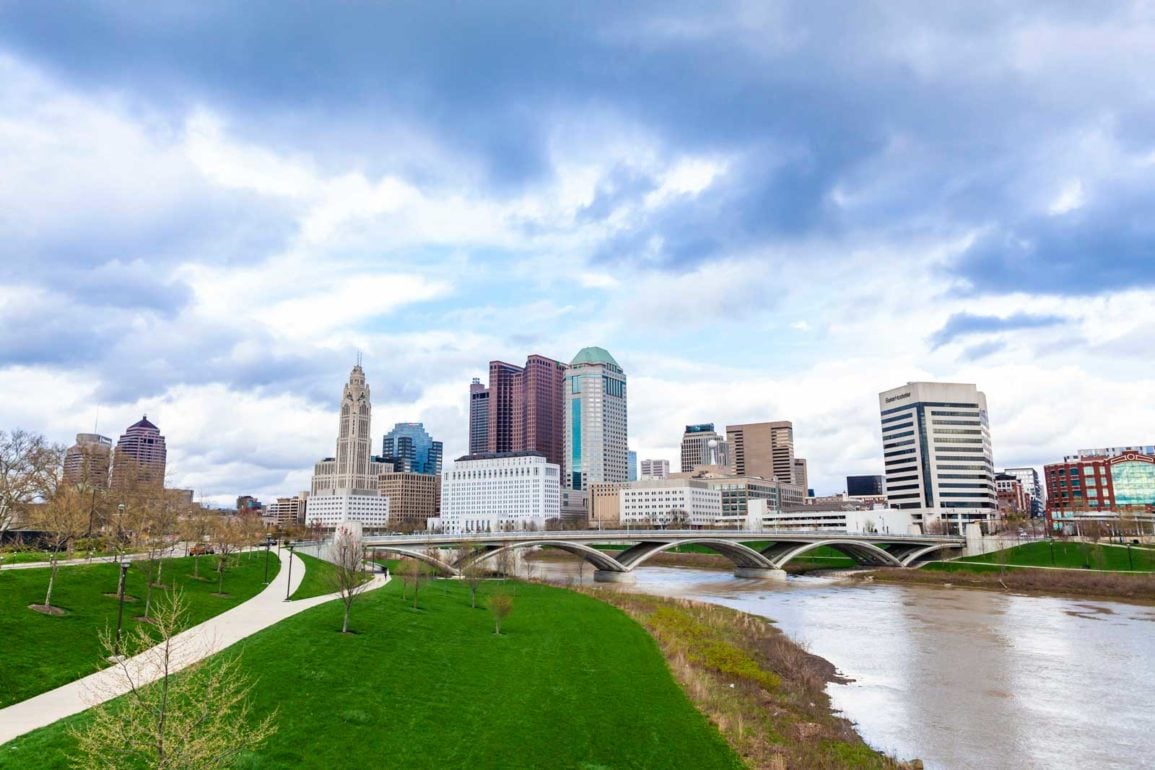 This story is the first of a two-part series on coronavirus-related evictions in Franklin County.

Since the economic fallout caused by the novel coronavirus pandemic began, workers throughout the country and state have lost their jobs.

At least half a million Ohioans have filed for unemployment, and many folks don’t know where their next paycheck is coming from or how they’ll pay their bills. The public health crisis is becoming a financial crisis and inducing yet another emergency in Columbus: An unprecedented amount of eviction filings.

Housing advocates and court officials said they are worried about the number of eviction filings building up in the court during the stay-at-home order after the court decided to push action on most evictions back until the beginning of June.

“I’m preparing for the inevitable tsunami that will come,” said Melissa Benson, a lawyer with Legal Aid of Central Ohio who focuses on housing law.

More than 1,000 people and families risk being removed from their homes as their eviction filings fill up the Franklin County Municipal Court as of April 30. More than half, about 550, have been filed since mid-March when the court stopped hearing cases. But housing advocates said they think the biggest wave of evictions will be in late April from tenants who did not or could not pay rent at the beginning of the month.

“We’ve unfortunately heard some reports of landlords taking things into their own hands just because they realize that eviction hearings are set out so far,” said Jessica Clinger, Civil Division Directory for the Franklin County Clerk of Courts.

Franklin County court officials first decided to postpone evictions to decrease the crowds in the courtroom in an effort to prevent the spread of COVID-19. On a normal day, the court could see hundreds of people in a day, Clinger said.

They postponed all eviction actions to June 1 after the governor announced that it would be up to the local courts to determine how to handle evictions during the pandemic. The Ohio Supreme Court also gave guidance that allowed courts to put off evictions, but neither move created a ban — or moratorium — on evictions during the pandemic. Without banning evictions, renters who have lost income because of the pandemic could be forced to move or risk becoming homeless. Either of those options would increase renters’ chance of contracting coronavirus and increase the spread of the disease.

“Recognizing that setting people out of their homes during a public health emergency we’re being told to stay in our homes, I think the judges decided that it made sense to delay,” said Jessica Clinger, director of the civil division, which includes evictions, for the Clerk of Court’s office.

Franklin County Municipal Court is one of the courts throughout the state that has postponed evictions and “set outs,” the process for removing renters. However, many courts in rural areas have continued with evictions.

“If you live somewhere else in the state, particularly in our more rural areas of the state … then you may be facing an eviction whereas if you lived in Columbus, you may not be,” said Megan O’Dell, an attorney with Ohio Poverty Law Center. “So that is very problematic, and that’s one of the reasons we’re interested in a state-wide moratorium.”

Once the court reopens, only 100 cases will be heard per day in the Franklin County Municipal Court to limit the workload and crowd sizes within the court. Some housing advocates said they believe this will also push landlords away from filing evictions and toward other alternatives like mediation.

“It’ll be frustrating for some people in the court and the greater public that evictions are taking so long to get processed, but at the same time it’ll give people the opportunity to work it out between them, to mediate,” Clinger said.

The court does have a few exceptions to hearing evictions during the shutdown. Since the stay-at-home order, three cases have been processed, all because of criminal activity, according to court documents. Gov. Mike DeWine has advocated during his press conferences that evictions involving criminal cases such as domestic violence should still be processed during the pandemic.

What does this mean for landlords?

Without an eviction moratorium — meaning legally stopping evictions for a period of time — landlords are forced to decide how to handle tenants who can’t pay rent, all while trying to make sure they can pay their own mortgages. That could mean trying anything from arranging payment plans to trying to evict renters.

Some landlords will be able to request a 12-month break from having to make mortgage payments if their loans are federally backed by Fannie Mae or Freddie Mac per the federal CARES Act. If they can forgo their mortgage payments, they might be able to allow tenants to miss payments without accruing debt from those missed payments.

But it’s unclear how many landlords have federally backed mortgages. And, that only covers the mortgage payment — not property taxes or utilities for the buildings.

Even though there’s a few solutions out there, the difficulty of implementing those solutions still remains.

“Whatever relief is out there, whatever the CARES Act provided, there’s implementation issues. It’s not something that everyone knew how to run right off the bat,” said Carlie Boos, executive director of the Affordable Housing Alliance of Central Ohio.

Another option for landlords is to go the typical route and file an eviction for renters who can’t pay. But housing advocates warn that choice isn’t going to help either party. Hearings won’t be held until June, and even then, they’ll include crowd limits and be heard based on the order they were submitted. That means landlords would have to wait months before they could legally evict the tenant and get another renter to fill the space.

For affordable housing property managers, making ends meet to keep the property running is even harder because they don’t have any financial cushion, Boos said.

“The way that they work as affordable housing, operators are prevented from building rainy day funds because all of that cushion gets passed on to tenants for lower rent, which is what it’s supposed to do,” she said, adding that rent also helps pay for additional services that those properties often offer.

Advocates also said they were concerned about evictions where landlords use alternative methods to push tenants out.

“We’ve unfortunately heard some reports of landlords taking things into their own hands just because they realize that eviction hearings are set out so far,” Clinger said.

But those evictions — called “self-help” evictions — are illegal, regardless of whether a tenant has paid or not.

“It is illegal for a landlord to throw a tenant out without an order from the court,” said Benson, from Legal Aid Society. “It is illegal to do anything that would create a self-help eviction.”

Evictions were an issue before COVID-19

Even before the pandemic, evictions were increasingly an issue in Columbus. Every year, nearly 20,000 evictions are filed in Franklin County and about half of those result in tenants being removed from their homes. That’s the highest rate for any county in Ohio. Both Cuyahoga County and Hamilton County, where Cleveland and Cincinnati are respectively, have less than half of Franklin County’s amount of filings per year, according to the Eviction Lab at Princeton University, which has published data on evictions in America since 2000.

Columbus has a high number of evictions nationally, too. Based on data from 2016, Columbus’ eviction rate — meaning the number of evictions divided by the amount of rentals — is 2.2 percent higher than the national average, also according to Eviction Lab.

Most folks with an eviction on their record have a hard time renting again, which can lead them to becoming unhoused. That’s why many housing advocates say that tenants should be able to get evictions off of their record after a period of time.

The Franklin County Municipal Court took a step toward that in January. The court took eviction records more than three years old off the court website. The move makes it more difficult for landlords to see who has had evictions because rather than simply visiting the website, they would have to go into the court building for records older than three years.

But that only makes the records harder to find, not get rid of them. With increasing unemployment, many people throughout the city may soon be facing eviction, which could lead to an eviction record that follows them even after the pandemic is over.

For many housing advocates, including Boos from the Affordable Housing Alliance of Central Ohio, this is a key time for Columbus.

“To establish and insure Columbus’ legacy as an opportunity city, we have to avoid that eviction crisis that we see coming.”

This story originally appeared on Matter News with the headline “Columbus housing experts brace for ‘inevitable tsunami’ of COVID evictions.” To view more content from Matter News, you can visit their website here.