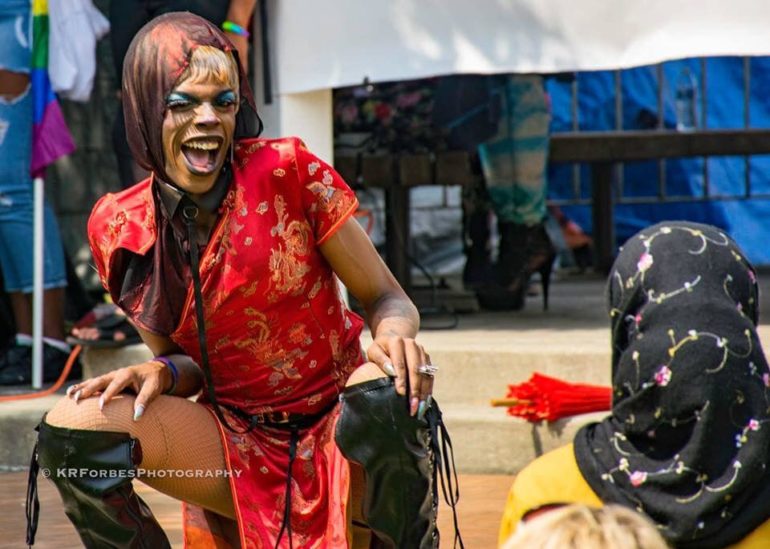 June is my favorite month to be in Columbus. For me, this is because it’s pride month!

Pride month is a time for the whole community to come together and celebrate the strides toward equality that the LGBT+ community has made and continues to make. We celebrate who we are and who we love with the people that support us. When we celebrate pride, it’s important to remember how pride started. It started with activists like Marsha P. Johnson in the Stonewall Riot of 1969. Marsha was a black transgender woman and we owe our time of celebration to her and her involvement in the Stonewall Riot.

During the Stonewall Columbus Pride parade of 2017, a group of activists stepped into the parade as an act of protest against the oppression and discrimination that queer people of color have often faced. The group intended to peacefully hold that space for a short time to bring awareness to the issue of discrimination within the LGBT+ community. Columbus police forcibly removed the protesters and arrested four individuals.

After this, the local organization Black Queer & Intersectional Collective (BQIC) decided to create their own pride festival that brings awareness to issues that queer people of color are facing. Community Pride has no corporate sponsors and no police units on site.

This year’s Community Pride Festival will take place on Saturday, June 15 from 12 p.m. to 8 p.m. at Mayme Moore Park in the King-Lincoln area.

“Queer and trans people of color need to be at the forefront of the celebrations,” said Community Pride Organizer Dekéama Alexis.

Last year’s festival was a great success, Dekéama said. The festival featured queer and trans artists of color. Leading up to the festival they also hosted various events such as an open mic night and the release of a magazine with a collection of art from queer people of color.

“Miss major came out to celebrate with us, which was really awesome because she’s also a movement mother who has been working for trans women of color. To see her celebrate this inaugural Community Pride here in Central Ohio, it was really dope.” they said.

Dekéama also said that they have made conscious decisions about who is invited to participate in Community Pride.

“Cops are incredibly, incredibly violent towards queer and trans people, but particularly queer and trans people of color,” they said. “So we wanted to create a pride celebration that didn’t invite cops, and that also wasn’t heavily corporatized because that’s sort of the main trend that a lot of LGBTQ organizations are following, is really prioritizing the dollar over the people.”

Community Pride is funded entirely by community donations through BQIC, GoFundMe, and other fundraising events the group hosts.

“I recognize the scarcity of spaces that exists for queer and trans people to really celebrate themselves,” Dekéama said.

They explained that they wouldn’t fault someone for choosing to go to the Stonewall Columbus Pride but they hope that people are making an informed decision about which pride festival they choose to support, both with their presence and with their money.

“Just because we’ve secured marriage rights for gay people doesn’t mean that all of us are free. Black trans women are still getting murdered at exponential rates, and it’s growing every year,” Dekéama said.

This article uses the terms “LGBT,” “queer,” and “queer and trans,” interchangeably in reference to all persons celebrating their sexuality and gender identity outside of the heterosexual and cisgender spectrum.