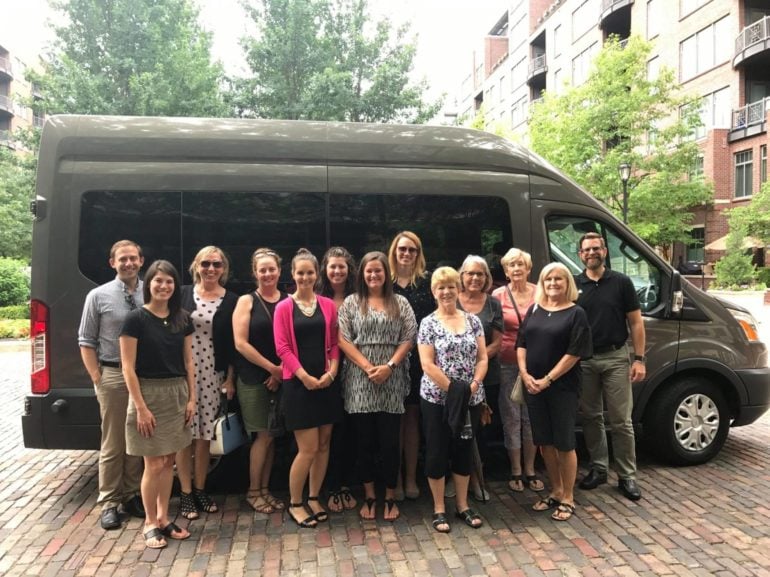 Get To Know Our City Better With Columbus City Adventures

Visitors, transplants, and long-time residents alike now have an opportunity to get to know Columbus a little bit better.

Columbus City Adventures will be offering both public and private tours of the capital city. The company was founded earlier this month, with the aim of providing a service that has been unavailable thus far.

“We saw a real opportunity here,” said Co-founder and tour coordinator Jeff Lafever, “since, to the best of our knowledge, Columbus is the largest city in the US without regularly scheduled city tours.”

“With the explosive population growth in Central Ohio, and growing tourism/convention traffic, we expect our tours will be useful for helping visitors and newly relocated to understand the city and ‘hit the ground running’,” said Lafever.

“Columbus City Adventures is a tremendous addition to our city’s tourism offerings,” said Kari Kauffman, Experience Columbus vice president of tourism. “We’re thrilled that these new tours will give visitors and residents alike the opportunity to see and learn more about Columbus’ rich history and unique neighborhoods.”

According to a press release, Columbus City Adventures will offer 4 distinct city tours.

• Past Present & Future Tour – “Much more than a simple history tour, this 2 3/4 hour bus excursion provides a great overview of the city’s heritage and connects it with its current state of development and its ever evolving future trajectory.”

• Architecture Tour – “Since its inception in 1812, the architecture of Central Ohio has faithfully represented and irreverently innovated upon the endless succession of building styles that have swept across our nation. This 2 3/4 hour bus tour explores the city’s wealth of architectural history from vernacular to starchitect.”

• German Village Walking Tour – “This 1 3/4 hour walking tour is a leisurely stroll among the brick lined streets and manicured gardens of German Village that explores the neighborhood’s hardscrabble German origins as well as the extraordinary preservation efforts that have led it to become one of the most desirable and noted neighborhoods in the Midwest.”

For more information, or to schedule a tour, please visit the Columbus City Adventures Website.