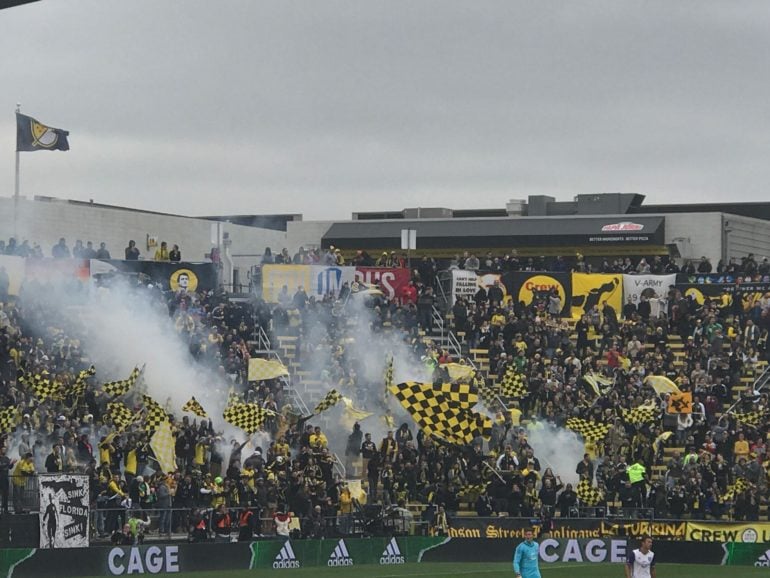 Let’s get this out of the way first. Columbus Navigator owns Columbus Crew season tickets. Right down in front, mid field.

When I started this site, I thought it was important to support local businesses. And local institutions. So: Crew Tickets. The Blue Jackets. Office supplies. Office furniture. If we can get in the Columbus metro, we try to spend the money here.

Anything Columbus Navigator can do to support this city that we love? We want to be there.

But the idea of Columbus paying for a new Crew stadium downtown with public financing is impossible to support.

Mapfre Stadium needs replaced. The facility lags modern stadiums. Especially modern MLS stadiums, which are intimate and clearly designed for soccer. So was Mapfre, 20 years ago, but we didn’t know what a good MLS stadium would look like back then. Now we do. Look at the difference here with Kansas City’s stadium and Mapfre: 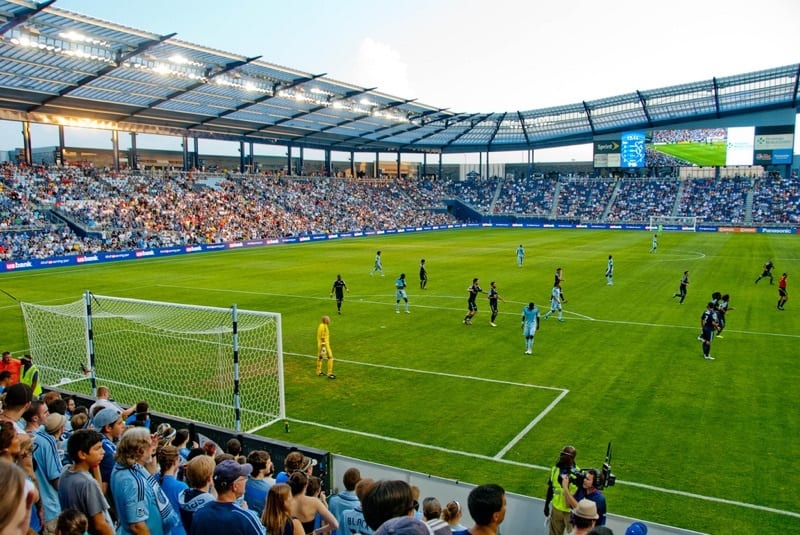 So, a new stadium in Arena District makes sense. I have zero doubt it would be a huge success. I hope to see an MLS team there one day. But a stadium there shouldn’t be built with public money.

John Oliver did a segment on taxpayer funded stadiums being the biggest scam in sports. If you haven’t seen it yet, well, now certainly seems to be the time:

Entire books have been written about how poorly cities do in these deals. (The subheader of that book: How the Great Stadium Swindle Turns Public Money into Private Profit – do you see the flashing caution lights yet?)

We have an example down I-71 of a city that’s been fleeced by two professional sports teams. Cincinnati and Hamilton County are broke because of stadium deals. You might think Cincinnati’s stadium difficulties are behind it, but they will be on the hook for $200 million in improvements over the next decade as the Reds and Bengals leases come up for renewal. Public services are being cut while the Bengals receive government-paid-for scoreboard upgrades.

Ironically, Cincinnati’s future MLS stadium may end up built across the river in Kentucky, because the city can’t afford a third stadium after giving away so much to the Reds and Bengals.

We have conclusive evidence that stadiums do not produce a positive return on investment for cities that build them.

Not everything the government does produces a positive ROI, obviously. That’s not the point of government. But, of course, building a school isn’t giving a billionaire a handout.

We have no idea if Anthony Precourt is a billionaire. We know his dad’s fossil fuels rich, but Precourt doesn’t seem to have made significant money of his own. Holding a city hostage would change that.

Finally, and I hesitate to even discuss this, because I have come to love MLS, and because I do want the city to have a team. But it’s relevant: there’s a possibility that building MLS stadiums might be the worst stadium deals of them all.

Looking deeply into MLS finances is a weird experience. Most teams lose money, but franchise values are rising. The league is a distant fifth in revenue among the major American sports leagues. Perhaps you think hockey and MLS have become equitable? The average hockey team has $160 million in revenue. MLS? $32 million.

There’s evidence that MLS might literally be a ponzi scheme, where expansion fees are funding everything:

It all makes the long line of candidates eager to pay MLS’s ever-growing expansion fees—in 2005, you could land a franchise for a mere $10 million—a bit puzzling, says Szymanski: “Why would you buy something for $150 million which is basically giving you a share of losing $100 million a year?”

More importantly, if you’re an MLS fan or a city considering dropping big bucks on a soccer stadium to lure one of the umpteen new teams: What is the end game here? Can MLS continue to expand indefinitely, or is it a bubble destined to burst?

One likely reason for the league’s furious expansion is the same dynamic that led to Steve Ballmer spending $2 billion to own the Los Angeles goddamn Clippers: There are suddenly a hell of a lot of people with ungodly amounts of money in the U.S., and only so many sports franchises: America now has 540 billionaires and only 123 Big Four teams. If you’re a rich dude with a jones to sit in an owner’s box and hire and fire GMs, MLS may be your best option.

And among the buyers, you’ll find that common sentiment that typifies both successful speculative investments and pyramid schemes alike: hope, shading to wish-fulfillment.

“It’s like buying into in a dot-com in the late ’90s,” says Szymanski. “Although most of the dot-coms went belly-up, if you bought Amazon shares when they were losing a ton of money, you’ve done extraordinarily well.” If soccer continues to grow in popularity, the reasoning goes, that $150 million could turn into a windfall when you suddenly find yourself owner of a franchise in a world-class league.

And here’s where Szymanski—and, really, anyone who’s not an irredeemable MLS cheerleader—throws up their hands in disbelief. The only way to become a world-class league is to get more soccer fans watching, and the way to do that is to put a product on the pitch that will make Americans tune into their local club. But to do so, MLS owners would need to spend even more money, and incur even greater losses.

MLS probably makes it through the losses and comes out the other end a profitable league. If it doesn’t?

The bottom line here is that Precourt bought into MLS at a budget price – he paid $68 million – and now he wants to double down on the bargain by having a free stadium handed to him.