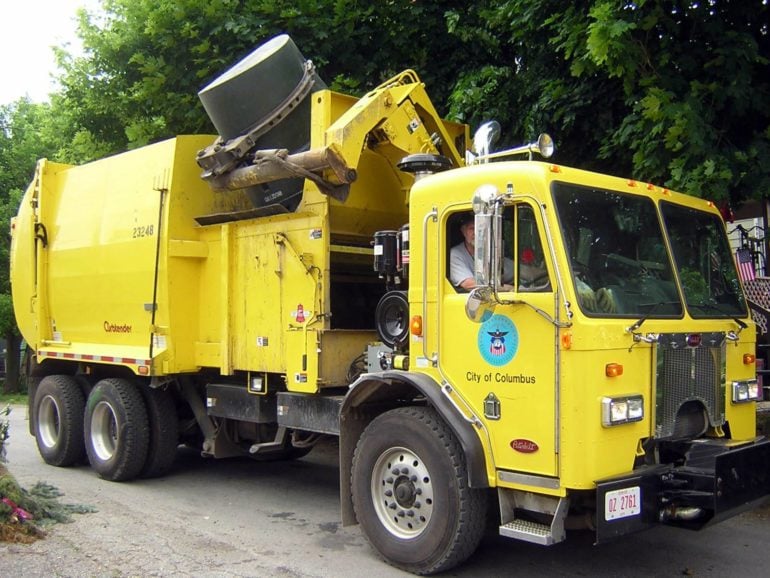 In an effort to stop illegal dumping, the City of Columbus is making a big change to their dumpsters.

The massive 300-gallon trash cans that us downtown dwellers have come to know and love will be no more. City officials believe that the massive receptacles are magnets for illegal dumping and will begin replacing them shortly.

The new bins, which are 90-gallon bins, will be distributed in the Hilltop area over the next three months, followed by Linden and the South End. Officials believe that the smaller bins will be more effective at keeping alleys clean and minimizing illegal dumping and other illegal activities.

This morning @MayorGinther is at the Westgate Community Center to unveil the City’s Clean Neighborhoods Illegal Dumping Plan. pic.twitter.com/iGtkm1LRIY

“Oftentimes, folks that don’t want to dispose of things properly, legally, appropriately, prey upon our neighborhoods,” Mayor Ginther said at a Tuesday meeting. “I’m here to tell you our neighborhoods are not dumping grounds.”

The new bins will be a change for residents. The new trash receptacles will need to be put out on trash day, as opposed to the current bins, which are gigantic and definitely not portable. This project isn’t just about the containers though. The city will be putting up more of an effort to enforce illegal dumping laws, and utilizing a map of complaints made via 311 to target high-problem areas.

For more information about the new initiative, please click here.