Columbus, don’t you give me that look. You knew this day was coming. Sure, you swore off drinking since the last time we went out on Mardi Gras, and sure, you lost your co-worker Carl throughout the night and he made some very dubious decisions involving a cemetery and a glue gun, but hey, this time is going to be different. This time we’re going to make it up to all the Carl’s out there in the world. And also, our Carl. We should definitely make it up to our Carl.

The first step is to convince co-worker Carl to actually come out with us again. He’s been a little skittish since the last time we hung out (and by skittish I mean he’s been avoiding eye contact and he may have deleted you from his social media accounts) but with some charm and a little food bribe, he’ll be singing El Noa Noa by Juan Gabriel in no time. Or we could just kidnap him on his way to his car after work. Whichever’s easier. 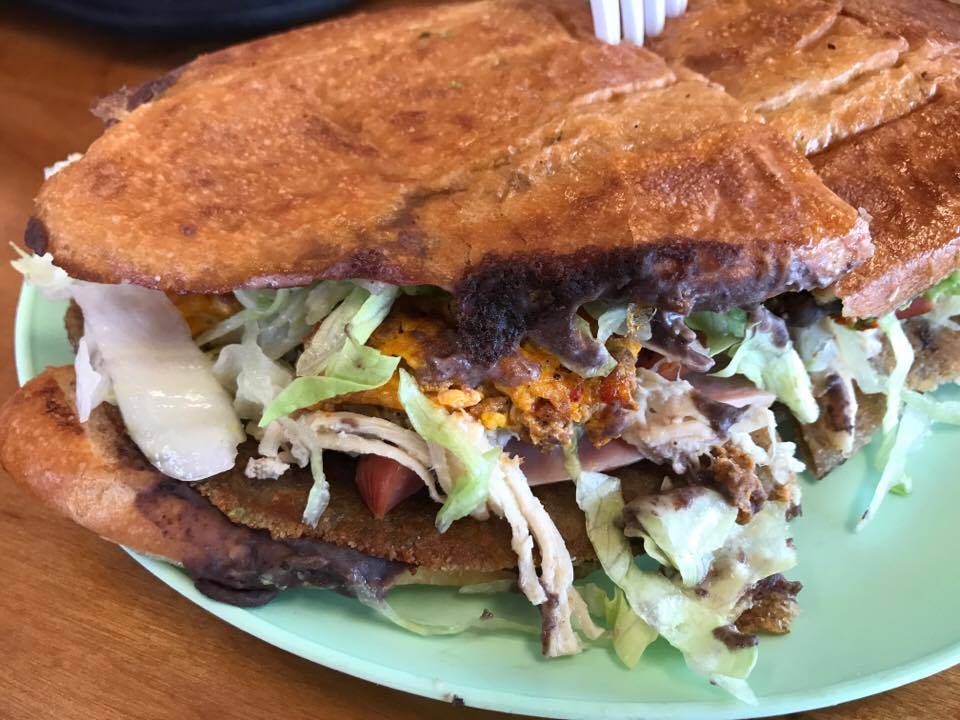 So we kidnapped Carl. It took a lot of duct tape and a little finagling but it worked out… for the most part. He doesn’t seem too happy about it but you know how he is when he hasn’t eaten. Luckily, we’ve got just the place to cure that h’angriness. A while ago we checked out Super Torta on the west side and we’ve been craving it ever since. It’s a super underrated Mexican spot with torta sandwiches the size of your forearm. This oughta keep Carl from pursuing any unwanted legal action.

Now that we’ve got a solid base of food in our bellies, it’s time to load it up with a few drinks. Union Cafe is the perfect starting point, offering drink specials all night and a performance by Nina West happening later that night. Our first drink should be a margarita, of course. Get Carl a fancy sippy straw to get him into the Cinco De Mayo spirit. See? He’s already loosening up. He barely remembers the felony act that got him here. Behold, the magic that is tequila.

After that, we’re gonna hit up Goodie Boy where they’re throwing down some awesome latin tunes and slinging everyone’s favorite Mexican beers. Straight from the Dominican Republic, live musicians “Guarionex (El Jefe) ex integrante de Rikarena”, will be banging out authentic salsa tunes. For the rhythmically challenged there’s even going to be a salsa dancing lesson, so no one will have an excuse not to get down, not even Carl. You can lean against the wall with your arms folded if you want to Carlos, we still have video evidence of you doing the Thriller dance from Mardi Gras, we know you like got them moves.

Our dearest BBR Columbus, you had us at $3 dollar tacos. And it’s a good thing too, our buddy Carl is starting to get that crazy tequila look in his eye. Best to get some tacos in this little guy, stat. While he’s busy recharging the tank, let’s check out the patio. BBR Columbus is gonna have three different DJs spinning all night long with $3 Coronas, $5 margaritas, and $4 shots of tequila… oh no. Carl found out about the tequila special and he’s got a fist full of tacos in both hands. Stretch those shoulders out, this night is about to get messy.

Well, if Carl is gonna get all weird and funky, we can get all weird and funky too. Let’s hit up Woodlands Tavern for a killer list of local live bands. Acts include: Electric Orange Peel, Ekoostik Hookah, Conscious Pilot, and Cowboy Hillbilly Hippie Folk. It’s gonna get lit pretty quickly as they bring it down with some unique jazz/funk/folk/electric/indie sounds. Let’s just hope Carl can actually last this long cuz we’re not done with this night, not by a long shot.

Okay we lied. It is almost over by a long shot. That tequila is setting in something fierce and everything is starting to feel really heavy really fast. Let’s just hit up one more party before we call it quits. Park Street Cantina always promises a good drink and a good time. One more margarita won’t hurt, right? Let’s just down this last one and- wait, where’s carl? Is that him trying to climb into that horse-drawn carriage?! Get him out of there, NOW. We will not lose Carl again! Not this time! WE MUST PROTECT THIS HOUSE!

We did it. We’ve redeemed ourselves in the eyes of Carl and the world. The little guy is sleeping safe and soundly on top of his dining room table, a far better place than a graveyard with a glue gun. That’s what Cinco De Mayo is really about you guys: forgiveness. Forgiveness and tequila. Happy Cinco De Mayo!