Ready for your new iced obsession?

Chilljoy Frozen Treatery is the cutest little food truck, and they are serving up some incredible treats. I know it’s a running joke around here, but have you guys heard? I used to live in Hawaii. Seriously though, my time spent on the Big Island was such a life-changing experience, and I’d be lying if I said that snacking on some shave ice after a long day at work wasn’t one of the best parts of it.

Where To Get Groceries, Pick-Up Or Delivery, In Columbus

NAICCO Is Serving Up Native American Street Food To Columbus

I wasn’t the only one left dreaming about the frozen Hawaiian treat when I came back to the mainland. Chilljoy Frozen Treatery began as a humble hand dip ice cream cart in 2017, City Scoops. When owner Stephani McIntyre decided to rebrand last spring, she knew she wanted to incorporate shave ice. 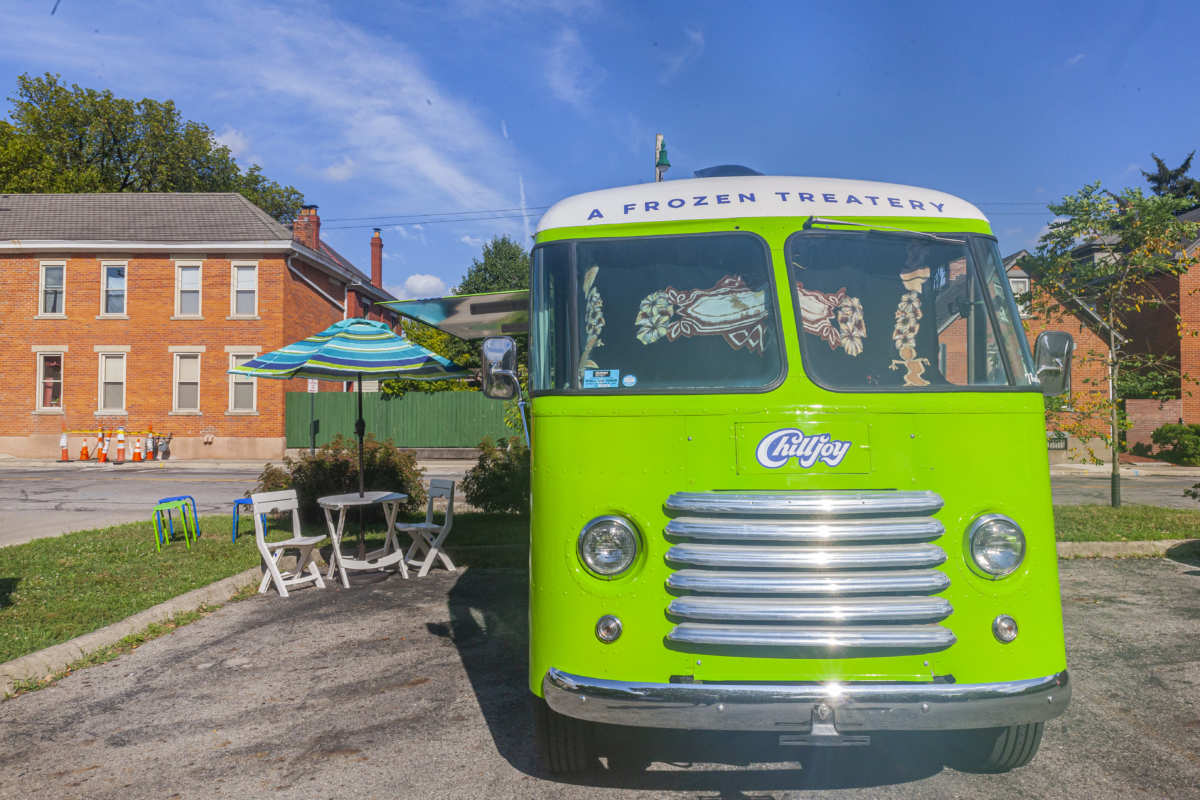 McIntyre was stationed in Hawaii while serving in the U.S. Army, and living near some of the state’s most iconic shave ice joints inspired her. Chilljoy still serves ice cream, Johnson’s Real Ice Cream to be specific.

But the shave ice is where it’s at. McIntyre uses sugar cane in all of her syrups, but the dish that really stood out to me was the Pure Aloha. Instead of using traditional syrups over the ice, she used strawberry and mango purees. The flavor was incredible and a total game-changer for me and my shave ice obsession.

If you’ve never had shave ice before, let me explain it to you. Ice is quite literally shaved off of a large block and then shaped into a mound. Hiding at the bottom of the mound is typically a dollop of vanilla ice cream. Syrups and purees are added to the top of the mound and it’s usually topped with a drizzle of condensed milk.

Now that you can’t stop thinking about how badly you want to try it, I should probably let you know where to find Chilljoy. You can track their locations on Street Food Finder here.