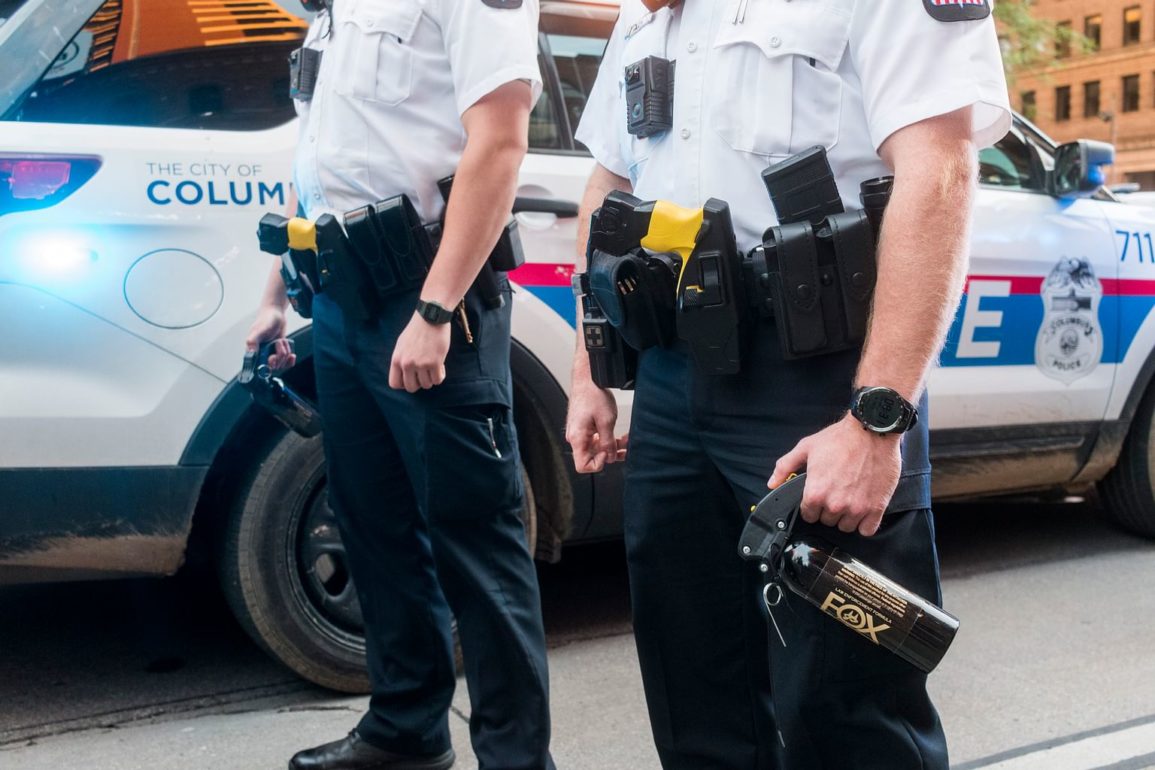 And how it affects the body.

Columbus City Council recently tabled a proposed ordinance that would have prohibited the use of tear gas for breaking up crowds in a split vote. The ordinance came after weeks of protests against police brutality and in response to complaints of the police’s handling of those protests.

The Columbus Police Division deployed tear gas and other chemical agents on protesters multiple times in May and June. Even after Mayor Andrew Ginther announced on Twitter that the CPD would not use tear gas on peaceful protesters, several reports of such cases emerged throughout the city.

Protesters have reported experiencing burning in their chests and vaginal bleeding among other symptoms, leading many to question what is being sprayed at protesters and how it affects the body.

What exactly are they spraying?

Officers deploy OC gas from mace kept on their belts or by bigger canisters during civil unrest, Deputy Chief Jennifer Knight said via email. OC gas is heavier than air, so it falls to the ground when deployed. Because of that, it’s not typically used to break up large crowds but instead is used to target individuals.

Capsaicin, the active ingredient found in OC gas, creates a burning effect upon exposure to bare skin, according to the National Institute of Justice. Pepper spray is legal in the U.S., and most law enforcement officers are required to use sprays that contain anywhere between 0.18% and 1.33% of capsaicin.

CS gas is commonly referred to as tear gas and is primarily used to control and break up crowd because it’s lighter than air, meaning it lifts when deployed. Officers deploy it throwing canisters into a large crowd, Knight said.

However, CPD recently implemented a new policy because of protests in May and June. That policy removes CS gas and stops the use of it, meaning CPD now only uses OC gas “where chemical agents would be reasonable,” she said.

Here’s how those agents affect the body

Enambir Josan, 30, a Pulmonary and Critical Care Fellow from Cleveland, Ohio said the effects of chemical agents on the respiratory system can, in severe cases, lead to respiratory failure.

“[Tear gas] is basically an irritant; it can irritate your lungs, eyes, skin, and nose,” Josan said. “Pulmonary irritation is more prevalent in people with respiratory problems like with someone who has asthma. [Tear gas] is a broncho-provocative agent which can trigger an asthma exacerbation. So obviously, if you are at risk, you should avoid getting yourself into a situation involving riot control agents.”

According to Dr. Adarsh Krishen, Chief Medical Officer for Planned Parenthood of greater Ohio, little is known about the effects of tear gas on pregnant women. However, there have been reports of women exposed to these gasses who later claim to have observed irregularities in their menstrual cycles. Several animal studies conducted on the abortive effects of CS gas prove that it can lead to miscarriages in pregnant mammals. In countries like Chile, the use of tear gas has been prohibited due to concerns over miscarriages among pregnant women.

Laurel Powell, Director of Media Relations and Advocacy Communications at Planned Parenthood, said that as an organization, they have actively spoken out against the use of tear gas. Especially during the coronavirus pandemic, it is impractical for women to consult their OBGYN’s immediately upon experiencing abortive symptoms like vaginal bleeding when exposed to such gasses.

Josan also said that these gases form a dense cloud closer to the surface, which is why if you’re in an area where it has been deployed you should move to higher ground to avoid prolonged exposure.

“While the long term exposure to the tear gas is uncommon, it can lead to corneal scarring, glaucoma, and blindness. Therefore, people exposed to these agents should immediately wash their eyes and skin, and dispose of the clothes that were exposed to [the gas]. CDC has good informative material on how to decontaminate yourself,” said Josan.

Several protesters have directly experienced the effects of tear gas, such as activist Lashonda Love, 24, who works at an LGBT youth center in Columbus. Love says that during one of the protest rallies she attended, she was primarily there to help treat those who were being gassed and pepper-sprayed. She would stand at a safe distance and consistently pour water and saline into the eyes of affected protesters. In total, Love has attended four protests where she directly witnessed CPD deploying tear gas onto the protesters.

“We saw it go off, and it’s not so much that we saw gas coming our way but it just immediately started to burn, started to prickle the lungs, and people were just coughing on our end … My understanding is that police were also pepper spraying at the same time that they had deployed the tear gas,” says Love, “So it wasn’t necessarily enough that we’re burning people’s lungs, but we’re also spraying people even just as they’ve encountered the tear gas.”

No matter what underlying medical conditions people may have, they should be able to come out and engage in peaceful protests without the fear of war chemicals being used on them.
Lashonda Love, protester

On May 30, Sarah Grossman, a 22-year-old Ohio State University graduate, passed away in Columbus after protesting the killing of George Floyd. The autopsy revealed that she did not die from tear gas exposure, rather her death may have been caused by an underlying genetic condition. However, the gas has different effects on different people, especially those with predisposed health conditions. The effects can range from more mild symptoms like temporary blindness to more serious symptoms like excruciating chest pain.

Josan said that there are no antidotes available for these agents, and they are not meant to have a toxic effect, but an irritant effect only. Treatment is mostly supportive and removing the exposure plays a key role.

“People with chronic medical conditions should avoid potential exposure. If someone has asthma and riot control agents are used in their vicinity leading to exposure, they should seek immediate help,” said Josan.

The CPD’s Directive permits the use of chemical agents such as tear gas under limited circumstances like when a police officer has to protect themselves, others, or to prevent the escape of someone under arrest.

The directive also states that chemical agents should not be used unless the crowd has become violent.

“Sworn personnel shall not use their Division-issued chemical spray to disperse a congregation of individuals unless the congregation is engaging in aggressive or violent actions towards officers or others. Prior to deployment of the chemical spray on or against an aggressive or violent crowd, at least three notifications should be made when possible to the participants in the crowd,” according to the directive. “Failure to leave a street or to move, by itself, shall not justify the use of chemical spray against a non-aggressive, non-violent crowd.”

Knight said that using these gases is safer because it makes it less likely that officers will use additional force.

“The use of CS can prevent an increased use of force later by dispersing a violent crowd, thus reducing the risk of injury or death,” she said via email. “As a result of the use of CS, which began in the later 1960’s and early 1970’s, the number of fatalities during Civil Disorders has been reduced down to nearly zero across the US. The use of CS/OC prevents the further risk of harm to persons and property.”

Although Grossman’s death has not been officially linked to tear gas exposure, Love says that the police should not be using it on citizens in the first place.

“Tear gas has a reputation, it has been banned in several other places and it should not be used by our police force,” said Love, who added that she has asthma. “It shouldn’t be a question of you shouldn’t be out here if you have medical issues because we’re going to tear gas you, it’s like why are they tear gassing us in the first place? No matter what underlying medical conditions people may have, they should be able to come out and engage in peaceful protests without the fear of war chemicals being used on them.”

This story originally appeared on Matter News as part of their “Crossing the Line” series, which focuses on policing in Columbus. You can view the original article here.