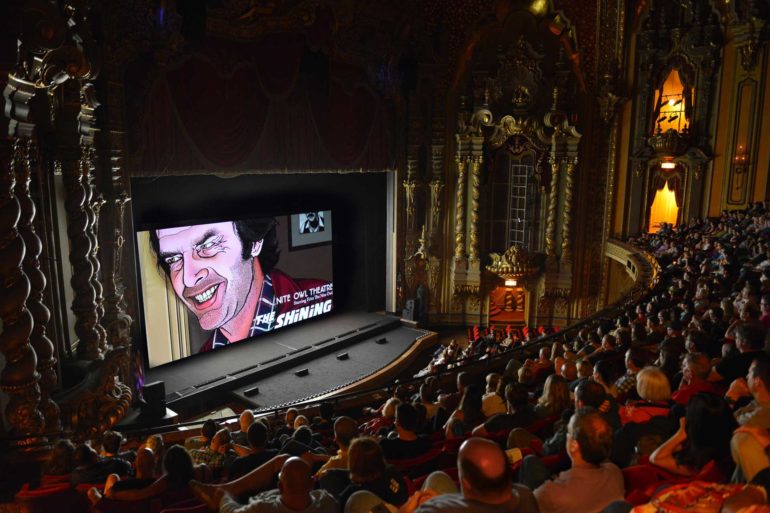 The series will run from June 15 to August 5 at the Ohio Theatre and will feature 27 films over the course of 8 weeks.

Although CAPA tries to screen films in 35mm when possible, digital distribution is becoming more and more popular. This year’s Digital Presentations include The Awful Truth, Fright Night, the Laurel & Hardy Laugh-a-thon shorts, and both Saturday morning cartoon programs.

Of course, Organist Clark Wilson will be back for this 27th CAPA Summer Movie Series, providing entertainment during the pre-show and intermission.

CAPA Summer Movie Series ticket strips can be purchased now through Sunday, July 22, at the CAPA Ticket Center (39 E. State St.) or www.ticketmaster.com. Strips of 10 tickets are $30, which saves you $2 per ticket.

Day-of-show tickets to individual films are $5 and go on sale one hour prior to show time at the Ohio Theatre kiosk. Senior citizen tickets are $4. Kiosk sales are cash only. 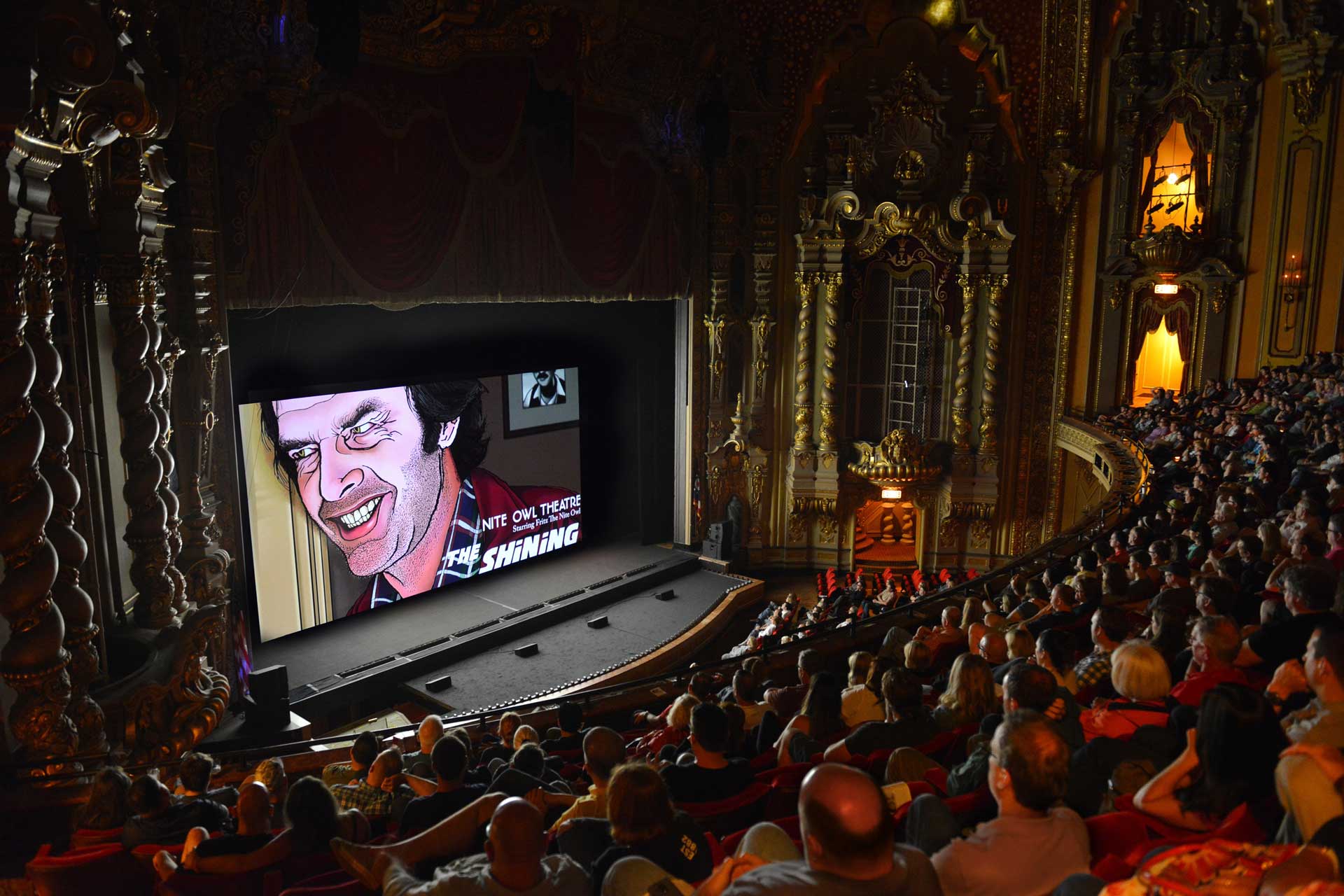 On the run from the Chicago mob, unemployed musicians Curtis and Lemmon disguise themselves as women and join an all-girl band. This sidesplitting comedy from director Billy Wilder is a national treasure which features a memorably campy Monroe as a ukulele-playing vocalist.

In this classic tale of romance, comedy, mistaken identity, irony, and sentiment, two shop clerks, who hate each other at work, turn to a dating service for help to better their lonely lives. Unknowingly, they wind up corresponding with each other, and naturally, fall in love.

Butch Cassidy and the Sundance Kid (1969)

This star-studded Western about Bolivia-bound career train robbers Butch Cassidy and the Sundance Kid earned four Oscars. Ranked by the American Film Institute as the #73 greatest movie of all time and the #7 greatest film in the “Western” genre, Newman and Redford shine in their portrayal of the life and times of some of the Old West’s most notorious desperados.

Winner of five Oscars including Best Picture, this romantic comedy follows a struggling office worker trying to move up in the company by lending his apartment to upper management for extramarital affairs. The tables turn when his office crush gets caught up in the scheme, forcing him to decide between being truthful with her or advancing his career.

Based on a Stephen King story, banker Andy Dufresne is sentenced to serve two life sentences in Shawshank Prison after being wrongfully convicted of murder. Nominated for seven Oscars, this film chronicles his struggle to survive and retain his humanity inside prison walls. Filmed at the Ohio State Reformatory in Mansfield!

This beloved Rodgers and Hammerstein musical swept the Oscars with its breathtaking scenery and unforgettable performances, including “Edelweiss,” “Sixteen Going on Seventeen,” and “My Favorite Things.”

One of the great melodramas of the ‘40s, this film garnered an Academy Award nomination for Bette Davis in her role as a lonely spinster finally free to pursue her own happiness after her mother’s death, but then forced to give up the man she loves.

Horror movie fan Charley Brewster is convinced his new neighbor is a vampire that must be destroyed. When no one believes him, he enlists the help of the vampire killer from his favorite TV show. Digital presentation.

This Gothic, romantic mystery about a dashing nobleman, his inhibited second wife, and the dark secret from his past earned Alfred Hitchcock his only Best Picture Oscar. With a mesmerizing musical score by Franz Waxman, this true film classic earned a second Oscar for its cinematography and nine additional nominations!

A small-town newspaper typesetter pursues his dream of becoming a big-time reporter by spending a night in an alleged haunted house.

After inheriting a tavern from a gangster, two dim-witted service station attendants think the establishment is haunted as rival gangsters secretly plunder for a hidden stash of money.

Fiddle-dee-dee! Winner of eight Oscar Awards including Best Picture, Margaret Mitchell’s Civil War masterpiece set the standard for epic film-making. This Library of Congress treasure featuring the love/hate relationship of Rhett and Scarlett was also ranked as the #6 Greatest Movie of All Time by the American Film Institute.

Tennessee Williams adapted his Pulitzer Prize-winning play for the big screen in this twisted tale of secrets and scandal that won four Oscars. Troubled ex-schoolteacher Blanche DuBois moves from Mississippi to New Orleans to live with her married sister Stella, and is tormented by her brutish brother-in-law Stanley about her uppity mannerisms and what happened to the proceeds from the sale of the Dubois family estate.

Cool and collected private investigator John Shaft is hired by a crime lord to find and recover his kidnapped daughter. “The mob wanted Harlem back. They got Shaft…up to here.” Oscar winner for Best Original Song!

Musical comedy at its best! This big, brash, sparkling picture contains all things expected of a 1940s million-dollar extravaganza—large sets, long chorus lines, and the glories of technicolor. Plus, 15 of America’s most gorgeous cover girls made an appearance, including Rita Hayworth at the peak of her glamour. Seven hit tunes by Jerome Kern and Ira Gershwin scored an Academy Award for Best Music!

After moving into a notorious apartment building in Manhattan, Rosemary and her husband befriend their eccentric elderly neighbors, and find they become increasingly more odd and disturbing when Rosemary becomes pregnant. 50th anniversary of one of the great movie thrillers of all time!

Hired to investigate a wealthy family, private eye Philip Marlowe (Bogart) finds murder, blackmail, and possibly love in this exciting murder mystery filled with one twist after another. This all-time great piece of film noir will keep you baffled to the very end!

Military aircraft factory worker Barry Kane goes on the run after being falsely accused of setting a fire that destroyed the plant and killed his best friend. Determined to clear his name, his cross-country search for the truth uncovers a sinister plot that culminates in the unforgettable final scene at the Statue of Liberty.

Faber College’s Delta Tau Chi fraternity lives to party, play pranks, and break all the rules. Spurred on by a rival fraternity, the Dean finds a way to expel them all, and in return, Delta Tau Chi gives the college a homecoming parade they will never forget. 40th anniversary!

Winner of an impressive nine Oscar awards, this Vincente Minnelli-directed, romantic musical comedy is set in early 1900s Paris where high society playboy Gaston befriends courtesan-in-training Gigi. Over time, the platonic relationship between the wealthy womanizer and headstrong tomboy begins to develop into something more amid an Oscar-winning Lerner and Loewe score. 60th anniversary!