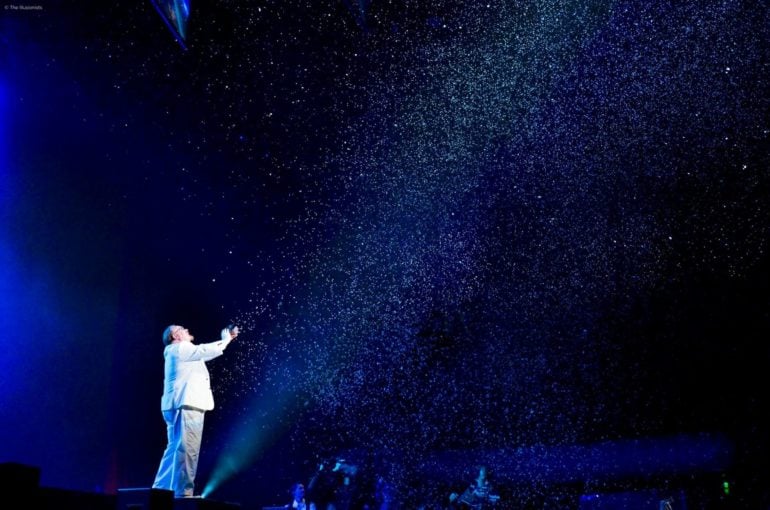 This year’s Broadway in Columbus season is here and just getting started.

Broadway in Columbus kicks off a brand new season. This time around they’re bringing the hottest new shows as well as some time-tested favorites.

Make sure you don’t miss out on any of the theatrical performances, including one by former Ohio State Buckeye, Eddie George, in the Broadway fan favorite, Chicago.

This musical based on the 2003 Jack Black movie of the same name tells the story of a wannabe rock star turned substitute teacher. He goes on to inspire his students and to form a unique bond with them that eventually leads to the forming of their very own rock band. The show was nominated for four Tony’s in 2016 including Best Musical and Best Original Score.
When: October 10 through 15.

Inspired by Adrienne Shelly’s film, ‘Waitress’, it tells the story of a small town waitress and pie maker who dreams of a life outside of her loveless marriage. Waitress was written by an all-female writing team, including six-time Grammy nominee Sara Bareilles, screenwriter Jessie Nelson, and directed by Diane Paulus. This is a story about love and moving forward but it’s also about the power of a well-made pie.
When: November 7 through 12.

Rudolph The Rednose Reindeer The Musical

Who doesn’t enjoy the classic story of an underdog that realizes his purpose and saves Christmas? Celebrating over 50 years of being on screen, this all-time favorite comes to the stage of the Ohio Theatre. They bring back all the familiar characters. From Yukon Cornelius to Hermey the Elf, you’ll get the chance to see all of your old holiday favorites right on stage.
Where: December 16 and 17.

The Phantom of the Opera

Cameron Mackintosh takes Andrew Lloyd Webber’s classic masterpiece and loads it with new special effects, lighting, and choreography. But don’t worry, it’s still the same score and music that you’ve grown to love. Catch them in Columbus as a part of their latest North American tour.
When: January 3 through 14.

Chicago is a Broadway classic hit, having won six Tony awards, two Olivier awards, and a Grammy. This musical tells the story of a pair of female inmates at the Cook County Jail, on trial for murder. If the award-winning story of death and betrayal isn’t enough to get you pumped for Chicago in Columbus, then perhaps the fact that it’s starring OSU football icon, Eddie George, will grab your attention.
When: February 6 through 11.

An American in Paris

This newer musical tells the story of an American soldier and a mysterious French girl in the city of love. Inspired by the 1951 film of the same name, the musical was adapted by Christopher Wheeldon. It won four different Tony awards, including Best Choreography and Best Orchestrations.
When: March 6 through 11.

Not just your standard Broadway performance, this production features an amazing cast of magicians and illusionists. The show has set box office records while continuing to amaze and delight crowds all over. Finally, Columbus has a chance to see what everyone has been talking about.
When: April 3 through 4.

The King and I

Directed by Bartlett Sher, this production of the 1951 Broadway classic earned itself four Tonys in 2015, including one for Best Revival of a Musical. The King and I tells the story of Anna Leonowens, a British schoolteacher tasked with teaching the children and many wives of the king of Siam. The musical was originally based off of a novel, which itself was based on the true memoirs of the real Anna Leonowens governess, to the children of King Mongkut.
When: April 24 through 29.

The Book of Mormon

Written by Trey Parker and Matt Stone (the creators of South Park and Team America: World Police), Book of Mormon took the theatre world by storm. A well-executed musical that is just as funny as it is delightfully written, the play is a satire on the beliefs and practices of the Mormon faith. The duo of Parker and Stone, combined with experienced composer Robert Lopez, successfully put together an award-winning (if not slightly offensive) theatrical production.
When: May 22 through 27.

For a season package or tickets to any of the above-listed shows, click here.