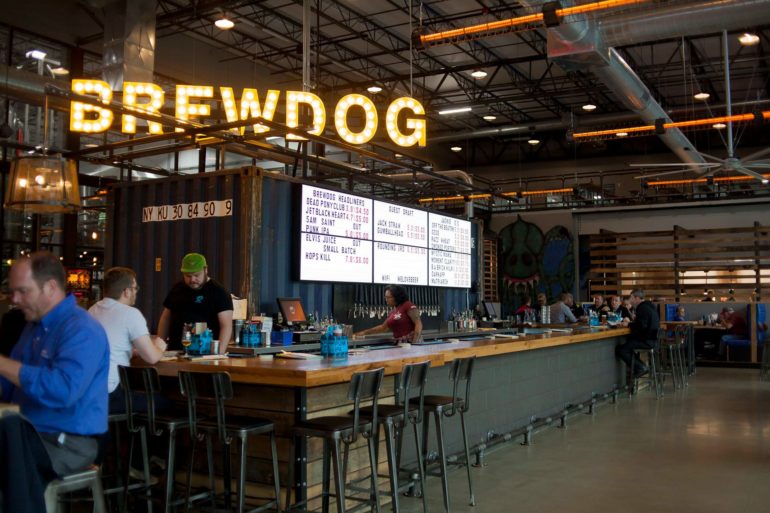 BrewDog Should Buy The Columbus Crew

Ok, hear me out. I fully realize this is a crazy idea.

I love BrewDog. They might be the only company in Columbus that loves this city as much as I do.

That’s why I think they should find out a way to make an offer for the Columbus Crew.

The Crew situation looks more dire every day. We have the astroturfing Twitter account for the Austin MLS bid openly tweeting from Columbus: 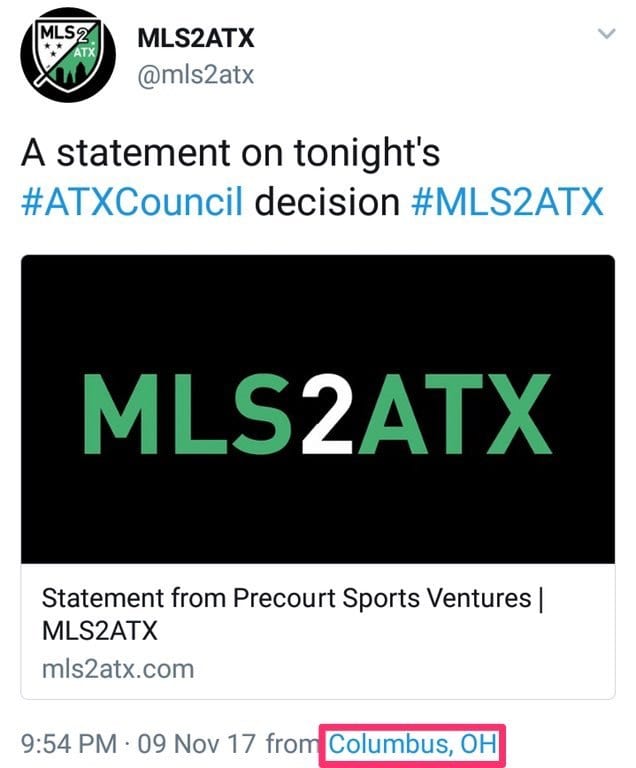 Austin City Council has ok’d a resolution to find stadium sites for Precourt:

Austin City Council gave the green light Thursday evening to a resolution paving the way for the city to explore the feasibility of city land being used for a Major League Soccer stadium.

And Precourt is putting out statements that make it sound like a foregone conclusion that Columbus isn’t being realistically considered (which I think we already knew):

While this is an early step, it is an important one that underscores Precourt Sports Ventures’ belief that Austin would be an excellent home for a Major League Soccer club.

We are encouraged by Council’s decision and look forward to working with city staff to find an appropriate site with the potential to provide extensive community benefits to greater Austin and its residents. With the right site, Precourt Sports Ventures remains committed to privately funding the construction of a soccer-specific facility.

We appreciate the warm welcome from the Austin community and thank Council for its leadership and support of bringing Major League Soccer to Austin.

But we had a small glimmer of hope come from BrewDog CEO James Watt today:

We want to help Save The Crew! @ColumbusCrewSC Who can we speak to and how can we help? #savethecrew

Hey @MayorGinther & @APrecourt & @cbuspartnership Lets talk & see if we can #SaveTheCrew This city needs it’s soccer team! And we want to do all we can to help ensure the @ColumbusCrewSC stay right here!

Further, Watt, or someone working for BrewDog, is posting on soccer forums about the Crew: 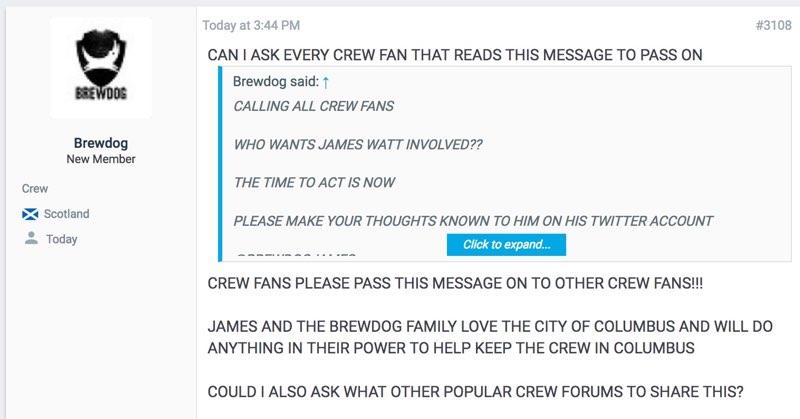 Someone from BrewDog will be meeting with the mayor:

BrewDog’s most recent valuation was about $1.3 billion. It’s doubtful the company has the cash to buy an MLS team, but given we know that Columbus Partnership offered to buy half the Crew, it’s possible they would be able to bring in partnership on a bid.

Forbes has put a current value of $130 million on the Columbus Crew.

BrewDog has a well known successful history of crowd sourcing. Would MLS allow a crowd sourced component of a bid?

BrewDog meeting with Mayor Ginther and showing interest in #SaveTheCrew might be the most positive development we have seen since all of this started.

Could James Watt be the hero Crew fans need?