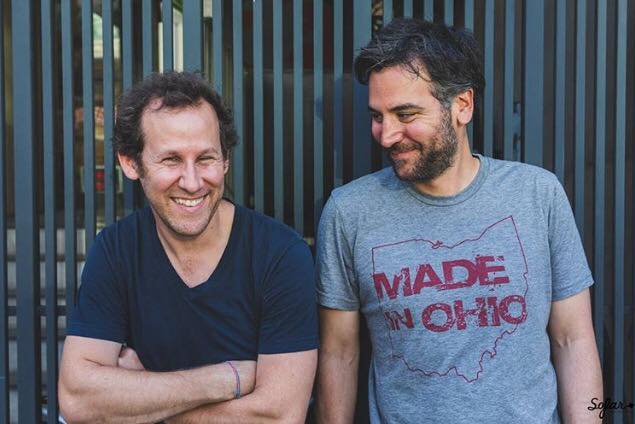 Bexley native Josh Radnor is best known for his roles in film and television. As Barney would say…”Have you met my friend Ted?”

But acting isn’t the only thing Radnor is good at. He’s also serenading the masses as one half of the duo, Radnor & Lee. Josh is joined by singer-songwriter Ben Lee, creating the kind of indie jams you didn’t even know you needed in your life. The duo has been friends for years and had always wanted to write a song together.

But you know how it is, sometimes once you get going on an indie folk song, you just can’t stop with one. Which is how their debut album came to be.

When the album was first released last year, the duo hadn’t nailed down any concrete tour dates, as Radnor had just begun working on NBC’s RISE and Lee was busy with “B is for Beer”, a musical with Tim Robbins. But now it seems the stars have aligned because the pair is hitting the road for their so-called mini world tour.

Columbus, Ohio! Place of my birth and youth! I'm bringing @benleemusic there this Sunday night (4/29) to sing you guys some @radnorandlee songs! Let's show him some midwestern love. Tix here: https://t.co/x0exN3m2eR pic.twitter.com/d47wfKseap

On April 29, you can get a taste for Radnor’s musical chops for yourself when Radnor & Lee perform at A&R Music Bar. Tickets are $20 in advance and $22 day of show. The doors will open at 7 p.m. and the opening act will be Daniel Dye. You can get your tickets here.