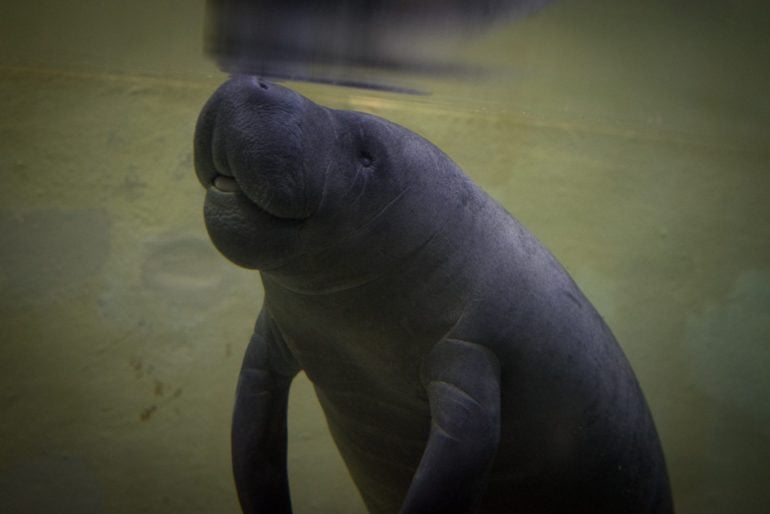 One male called Heavy Falcon and a yet-to-be-named female calf became the 28th and 29th manatees to be rehabilitated at the Columbus Zoo since their involvement in the Manatee Rescue and Rehabilitation Partnership began in 2001.

Heavy Falcon gets his name in honor of the SpaceX Falcon Heavy rocket launch that took place earlier this year. Heavy was found orphaned in Crystal River Florida and he began his rehabilitiation at SeaWorld Orlando.

His female counterpar is still waiting on her perfect name. She was found with her mother, who unfortunately passed away. She’s been with Heavy Falcon since their SeaWorld days and now they will both be haning out at Manatee Coast until they are rehabbed and ready to return to the Florida coast.

The new babes are getting used to the 300,000 gallon pool at the Zoo but they will soon be available for viewing to the public. They will also be able to hangout in behind-the-scenes areas while they get used to their new environment.

“We are so thrilled not only to welcome these two new manatees but also to have the opportunity to participate in this partnership as a second-stage rehabilitation facility for manatees,” said Becky Ellsworth, curator of the Shores region at the Columbus Zoo and Aquarium. “Our team is eager to get to know these two new additions over the next few weeks and to continue to help all seven of the manatees in our care grow stronger over time for their eventual releases.”

The threatened Florida manatee is at risk from both natural and man-made causes of injury and mortality, including exposure to red tide, cold stress, disease, boat strikes, crushing by flood gates or locks, and entanglement in or ingestion of fishing gear.

Luckily for these two, the amazing staff at the Columbus Zoo and Aquarium is ready to get them back into the ocean.