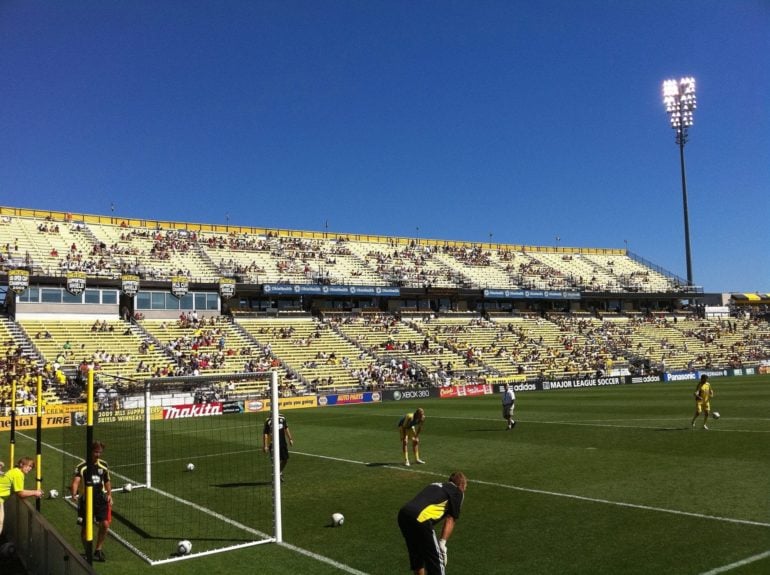 By Ryan from Columbus, Ohio, USA via Wikimedia Commons
News

It’s been obvious for some time that Precourt has no intention of returning to Columbus in 2019. The only hope Columbus has of saving the Crew is for local ownership to materialize, probably via the outcome of the ongoing state lawsuit.

The recent deterioration of MAPFRE Stadium under Precourt’s management shows he’s already fully out the door.

Here’s how the Upper 90 Lounge, a premium hospitality suite, is looking these days:

1) I had a great time at #RockOnTheRange this weekend. Absolute blast. But I was embarrassed by the condition of the Upper 90 Club. Water stains all over the ceiling and floor, and the ones right above the doorway to the bathroom were actively dripping brown water onto the floor, pic.twitter.com/BRwXHLsUYT

And here’s how oversight of their food service contracts is going:

“An inspection of several concession stands inside of MAPFRE Stadium revealed a list of violations including issues with drainage and the presence of mouse droppings inside one of the kitchens.

Columbus Public Health conducted inspections on nine concession stands Wednesday and found violations at all but one of them.

According to the report, some violations were corrected at the time of the inspection such as the disposal of three dozen cooked brats being stored in a cooler without a date.

Other infractions, such as the presence of rodent dropping inside one of the kitchen areas, were given a comply-by day of May 23.”

Of course the stadium isn’t the only fallout from Precourt’s lack of interest in making the Crew viable in Columbus. League star and huge fan favorite Justin Meram recently confirmed he asked out of the Crew because of the move:

My “thank god” comment was a sarcastic joke about being a Michigan man in Ohio. And I love Columbus & always will. Never spoke bad about the club esp the fans, coaches and my brothers I played with. I just could never support an owner moving the team. One love Cbus #SaveTheCrew https://t.co/Z7LU3wFt1S

Despite all of this, thanks to the genius of Gregg Berhalter and Crew players, they remain one of the best teams in MLS: 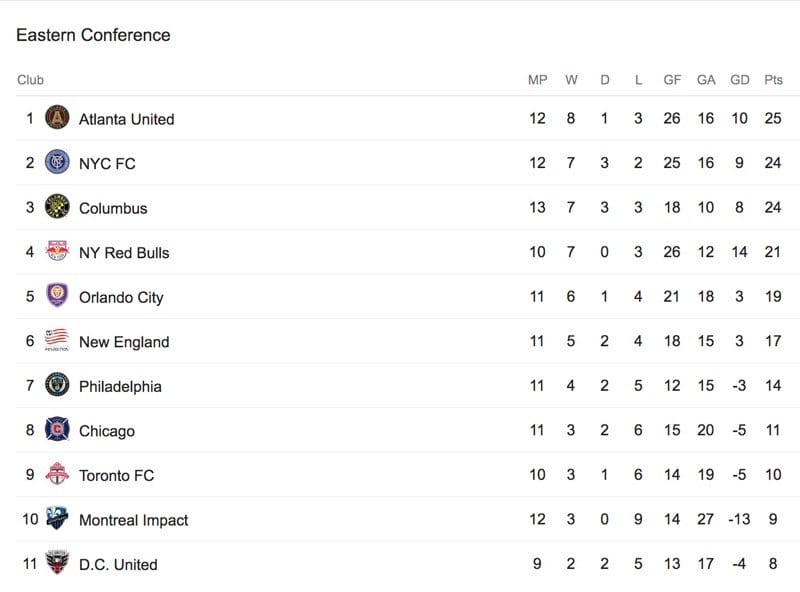 One way or another, this is almost over. A court decision on whether the state of Ohio can block the move is imminent.

Within a month, we'll likely be hearing the decision on whether the @ColumbusCrewSC goes or stays. If you have anything to say, say it now. If you have any ideas, turn them into realities. This isn't over until it's over. #SaveTheCrew

There’s clearly a market for MLS soccer in Columbus. A legitimate effort from a local owner would likely see the team thriving and profitable.

That lack of legitimate effort from Precourt is striking, and hopefully Austin understands they are getting into bed with what seems to be a penny pinching slum lord who has no record of following through on promises made. There’s no credible argument that he won’t pull all of these same tricks with the next city he manages to hoodwink.